Unreleased Intel Core i5-13400 has been tested in CPU-Z

Intel Core i5-13400 is an upcoming 65W CPU for LGA1700 socket. The CPU is to be part of the 13th Gen Core series codenamed “Raptor Lake”, however it should be said that this particular CPU will be available with two different dies, either Raptor B0 or Alder C0. 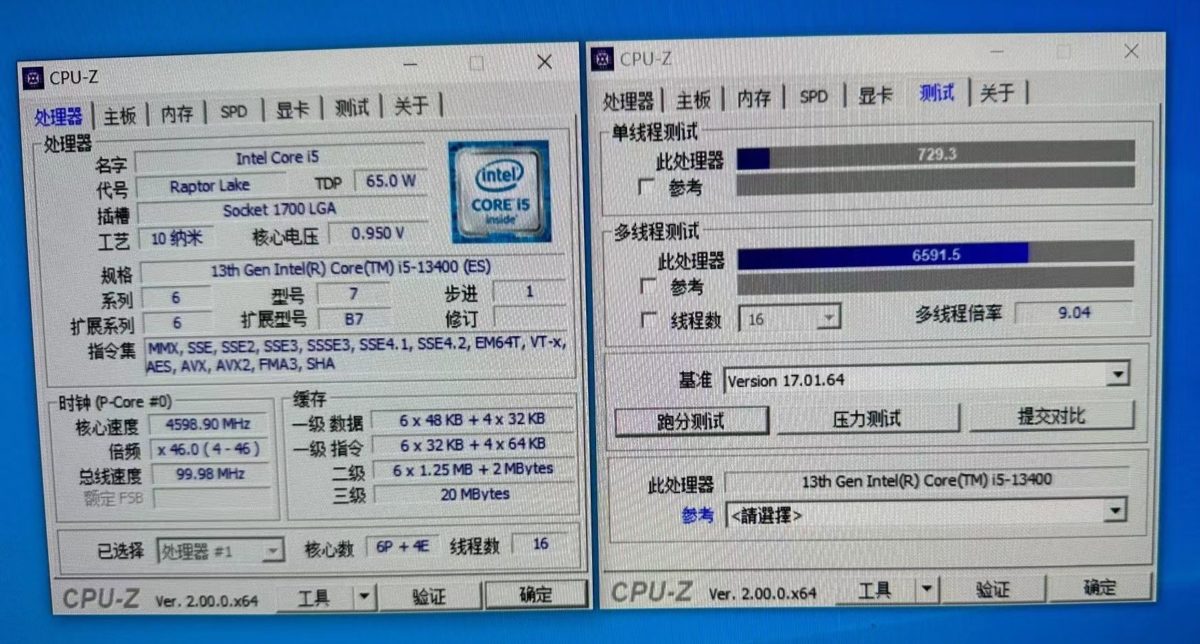 This leak confirms that the CPU Performance cores boosts up to 4.6 GHz, so 200 MHz higher than predecessor. According to CPU-Z screenshots, an engineering sample of unreleased 10-core 13th Gen Core CPU scores 729.3 points in single-core test and 6591 points in multi-core.

Such scores are respectively 3% and 31% higher than i5-12400. Alternatively, this is around 6% slower (in both ST and MT test) than Core i5-12600K, which offers the same configuration but higher clocks and TDP.

Intel has not yet confirmed the release date for its 65W and 35W Raptor Lake CPUs, however it is expected that we will hear more about the remaining 16 SKUs by the end of this year. We have included them in the chart below.