Slovakian website Vybermat has the first unboxing of the RTX 3080 Ti.

While the graphics card has not yet been announced, not to mention a release, Vybermat already got its hands on a retail version of the Manali RTX 3080 Ti graphics card. These guys are not under embargo, in fact, they don’t even have access to the press driver, hence no benchmarks were posted alongside the photo gallery. 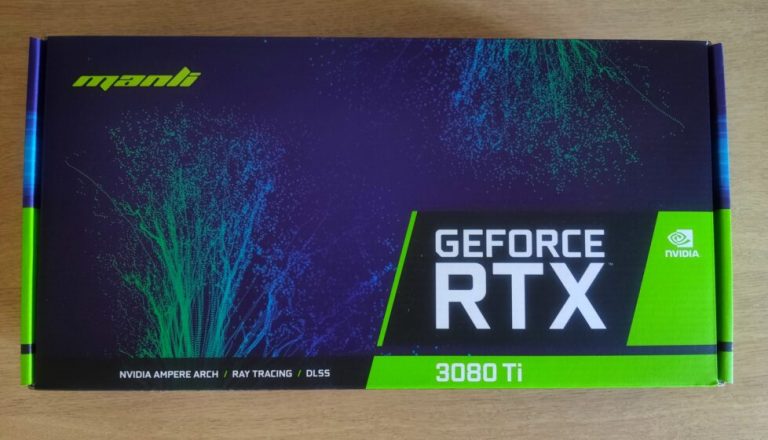 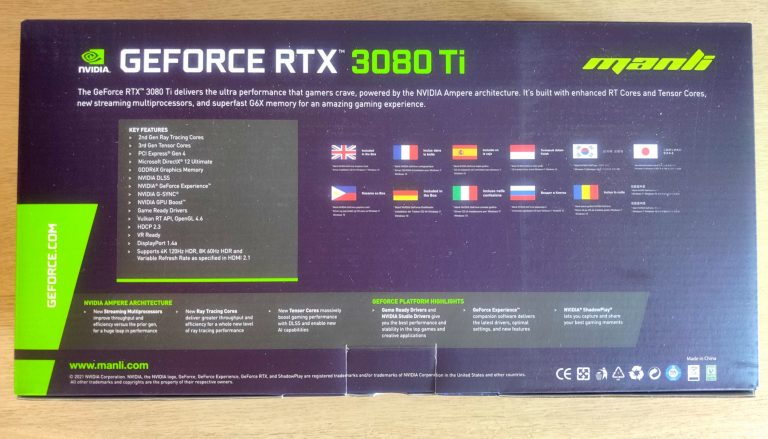 The RTX 3080 Ti from MANLI is most likely based on NVIDIA reference board design, as this manufacturer usually does semi-custom models. This means that the card features a triple-fan and 2.5-2.7-slot cooling solution.

Being based on a reference board means that the card will feature dual 8-pin power connectors. The PCB is visibly shorter than the cooler though.

As mentioned above, the website had no access to the driver, so instead, they improvised. It is possible to modify existing drivers to trick software such as GPU-Z to read the correct data. It does not however mean that the driver will work in games. This is why the software reports on RTX 3090, despite featuring the correct PCI Device ID of 2208 for RTX 3080 Ti graphics. 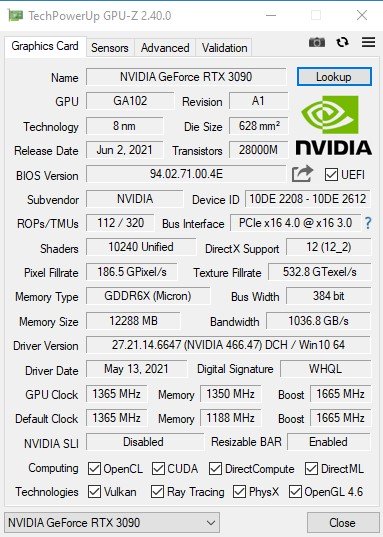 NVIDIA is set to announce its RTX 3080 Ti graphics card in less than 24 hours. The RTX 3080 Ti will be shown alongside RTX 3070 Ti, which is launching a week later. This MANLI model should go on sale on June 3rd, a day after official reviews.