Baikal Electronics confirms they received the first batch of 5000 BE-M1000 CPUs from their foundry, TSMC. These are second-generation processors based on ARM architecture.

The BE-M1000 is manufactured using 28nm process technology which is far easier to book at TSMC these days. With the limited capacity of smaller nodes, Baikal’s first shipment is not large, but good enough to begin distribution to main customers. The company expects up to 15000 CPUs to be shipment monthly by the time the computers based on these CPUs go on sale.

Baikal Electronics will distribute BE-M1000 CPUs mainly to state-owned companies, which come with government-approved software such as Linux Astra OS, Red OS, My Office, or VPNet SafeBoot. Additionally, BE also plans to distribute the CPUs to Russian system integrators such as iRU. The company will sell All-in-One systems and notebooks based on Baikal processors. 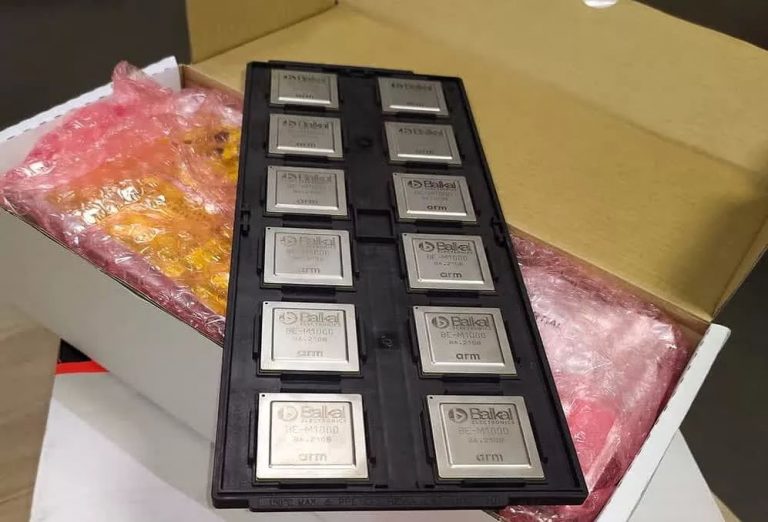 The processor offers a performance level of Intel Core i3-7300T, which should be good enough for standard office use.