Intel disclosed its hardware was used as a backbone of Toyko Olympics streaming hardware.

Tokyo Olympics were streamed at 8K 60 FPS with HDR to the cloud. The stream was recorded in 4x12G SDI format (each second took 48 GB of space), which is a raw input of uncompressed video with 4:2:2 chroma subsampling with 10-bit colors. The uncompressed video was then encoded in two formats: contribution signal with 4:2:0 subsampling using HEVC 250 Mbps format and distribution signal at 50-100 Mbps with the same subsampling.

What might be surprising is that streaming and decoding servers did not actually feature discrete GPU, which in most cases is much faster than CPU encoding.

A decoding station with 8K playback capability is required to have an 8K TV with HDMI 2.1 connector. A recommended ‘8K player PC’ featured a single Xeon W-2295 CPU with 18 cores and 64GB of RAM. 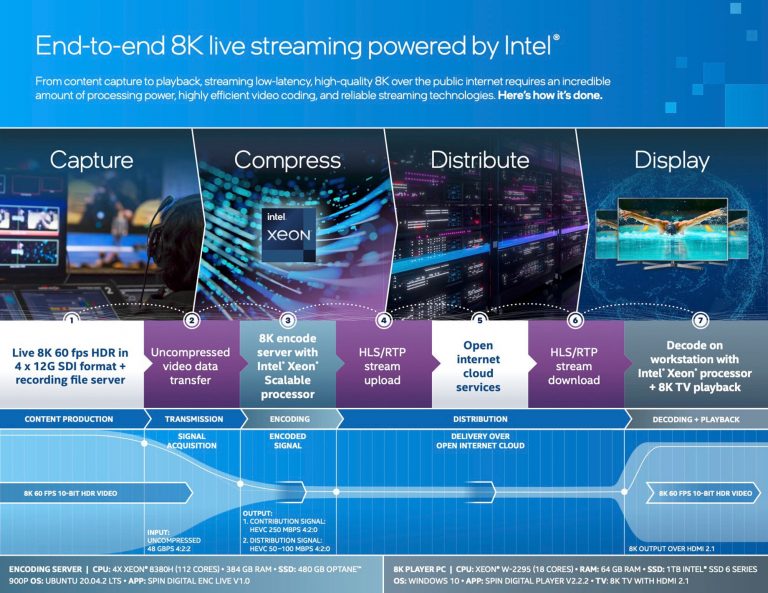 An 8K live broadcast was only available to NHK subscribers in Japan. Most channels have restricted the stream to 4K.