MSI has recently begun teasing its upcoming flagship gaming laptop as the first system to offer up to 250W of combined CPU and GPU power, note this does not even account for other components.

MSI Titan series have not been updated since 10th Gen Core CPUs. There was no Tiger Lake based Titan, which could have suggested that MSI is abandoning this niche gaming segment. Well, this couldn’t be further from the truth, as a new model based on the 12th Gen Core series is just around the corner. The company decided to wait for more powerful Intel Alder Lake-HX processors, offering up to 16-cores. 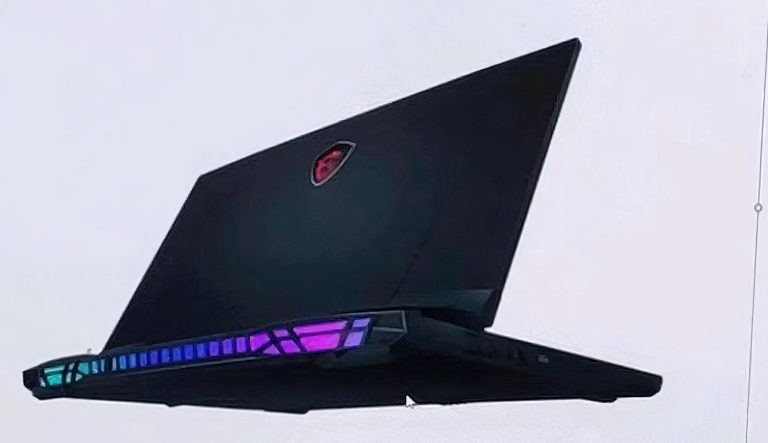 MSI GT77 is to be only 23 mm thick, but its dimensions will still be much bigger than any other gaming laptop. This system will have a special exhaust area behind the screen, which at this point is a typical stylish element for Titan laptops.

Leaked product highlights confirm it will support four RAM and four SSD slots, which is now possible thanks to Alder Lake-HX CPU series. The TITAN GT77 is to feature 4K, 1440p and 1080p screen options with up to 360 Hz refresh rate. A literally cherry at the top is the mechanical Cherry MX keyboard. It has 1.8 mm travel distance and ‘crispy click sound’.

MSI has not yet confirmed when the new TITAN is to be released, but a word of advice if you were considering buying one, it definitely won’t be cheap. 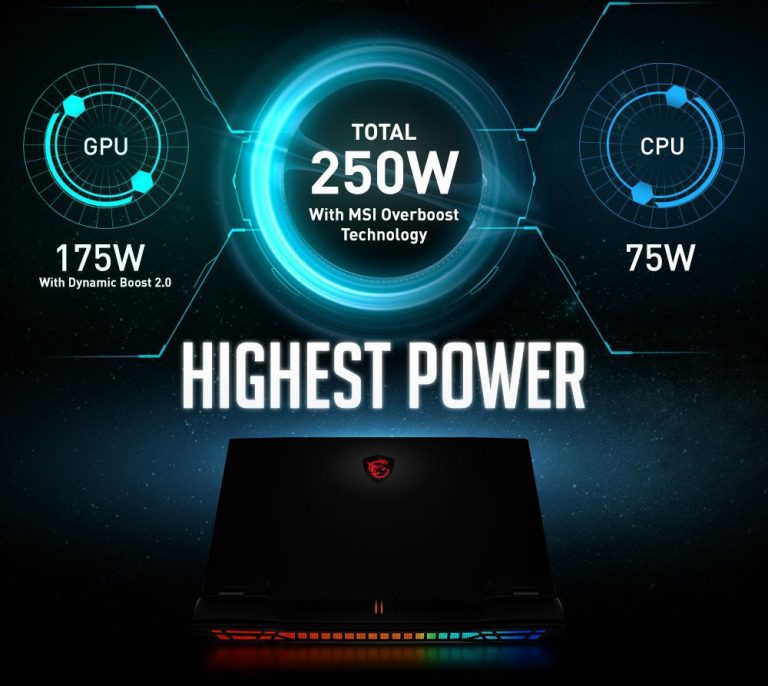 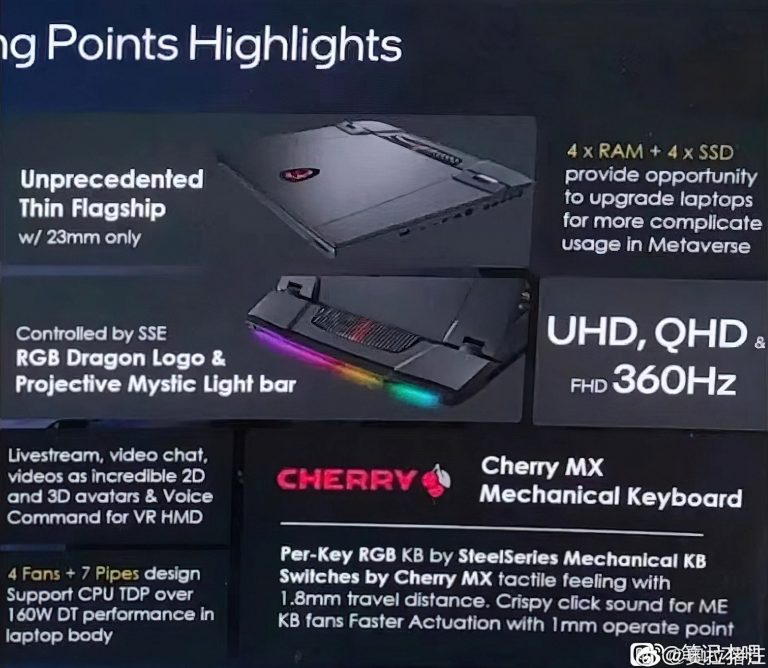