Gregory Bryant, who has been visiting Intel’s Israel R&D facilities had posted, and then quickly removed a photo featuring the first information on Thunderbolt 5 standard.

The EVP and GM of Intel Client Computing Group made a mistake by sharing early information a bit too soon. He posted a tweet originally with four photos, one of them was showing Intel’s plans for an 80 Gbps connection standard, most likely Thunderbolt 5. This photo has since then been deleted and the tweet was reposted with the 3 other photos. Fortunately, AnandTech was quick to make a copy. 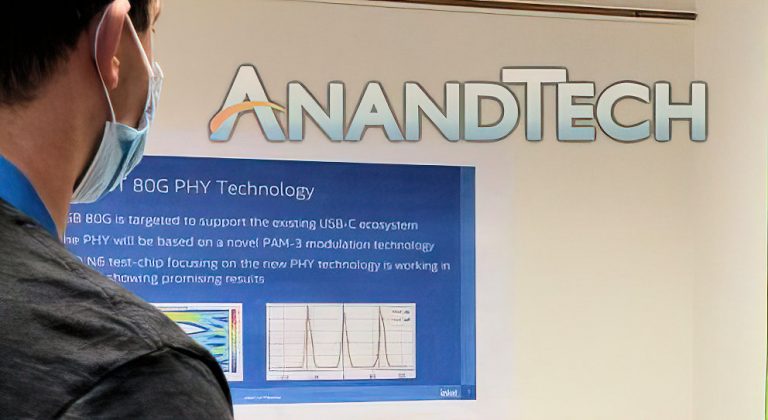 In the photo, an Intel engineer is presenting a new 80G PHY Technology to the executive. It probably wouldn’t be easy to guess what was being shown if not for the poster that was conveniently put on a wall explaining the most important change coming to the new TB standard.

As it turns out, the photo reveals that the new 80G PHY standard would rely on PAM-3 modulation (pulse-amplitude modulation), which by principle allows 1.5x more data to be transmitted compared to NRZ (Non-return-to-zero). Instead of 0 and 1, it will allow three amplitude stages: -1, 0, and 1.

What may also be important is that Intel Thunderbolt 5 is to still use a USB-C connector. The Thunderbolt standard is very similar to the USB standard, especially Thunderbolt 3 and USB4. This is because Intel has eventually contributed to the USB Promoter Group by sharing their technology, for otherwise, a standard that required a license and certification. Intel has since then released a Thunderbolt 4 standard, which is available with the latest Intel 11th Gen Core series devices. 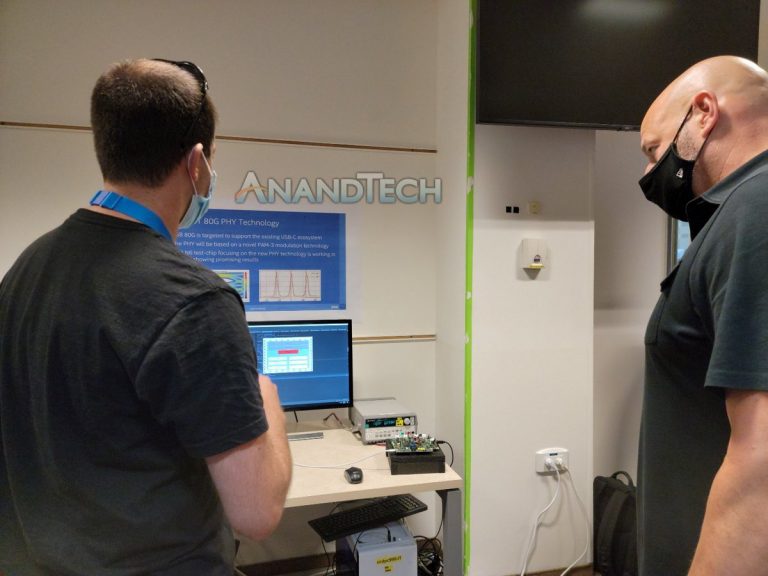