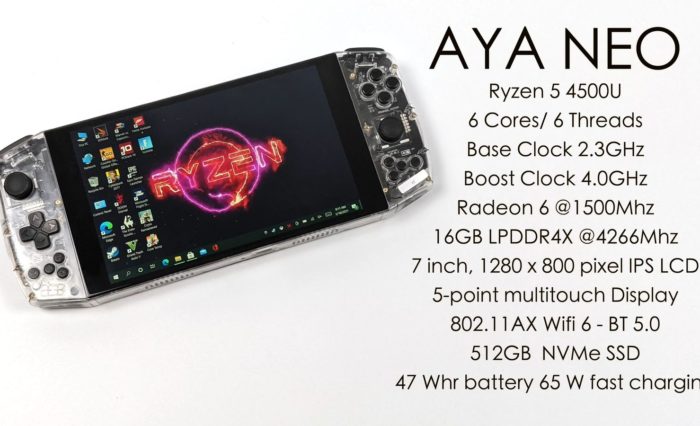 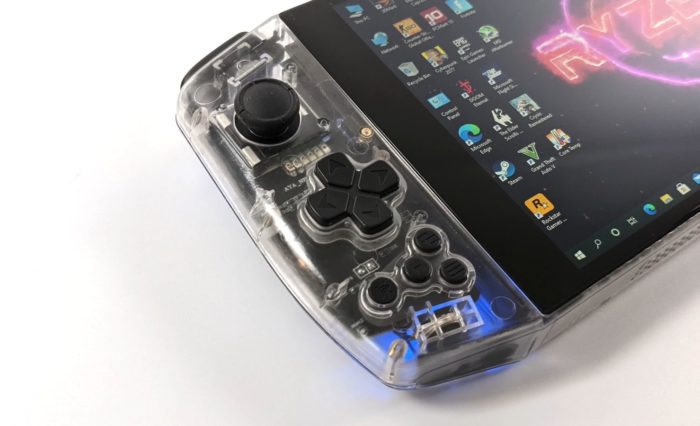 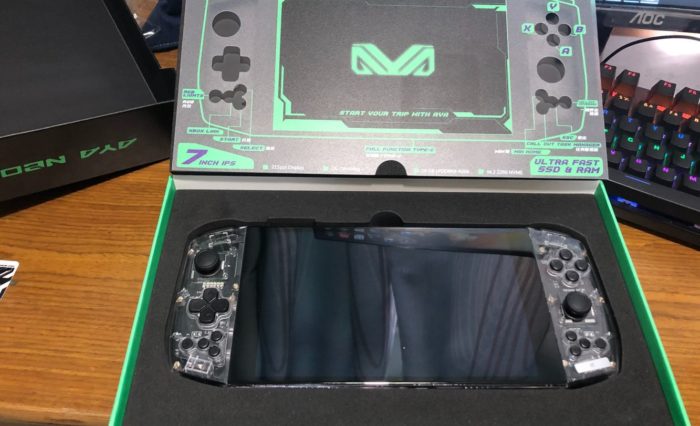 We have been sharing news on the AYA Neo console ever since it was announced. It’s the first handheld gaming console that will be powered by AMD Ryzen CPU. The development on this console has started way before Ryzen 5000 series codenamed “Cezanne” were announced, hence it is based on older “Renoir” architecture. The console features a 6-core AMD Ryzen 5 4500U CPU with a Zen2 core architecture. This particular Ryzen CPU has no SMT, which means it only has 6 threads.

The console has recently started shipping to first customers and reviewers. The first model that was released is called Aya Neo Founder, which is a special edition with translucent chassis. This console is now shipping to crowdfunding backers. The manufacturer is expected to implement various changes to the device before it reaches the retail market, hence the Founders should be considered an early design that may look different from the finished product. 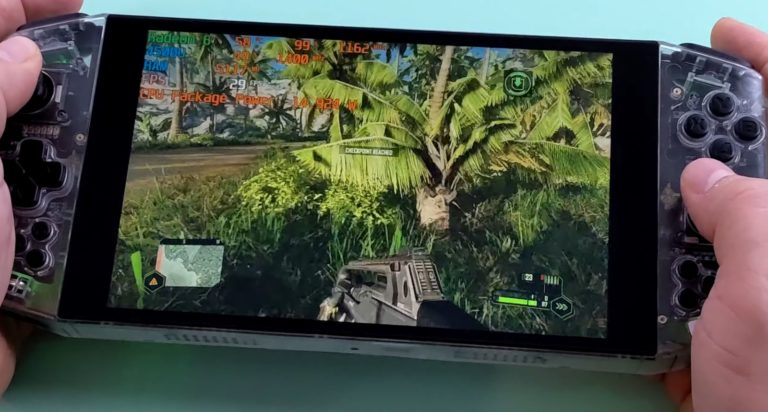 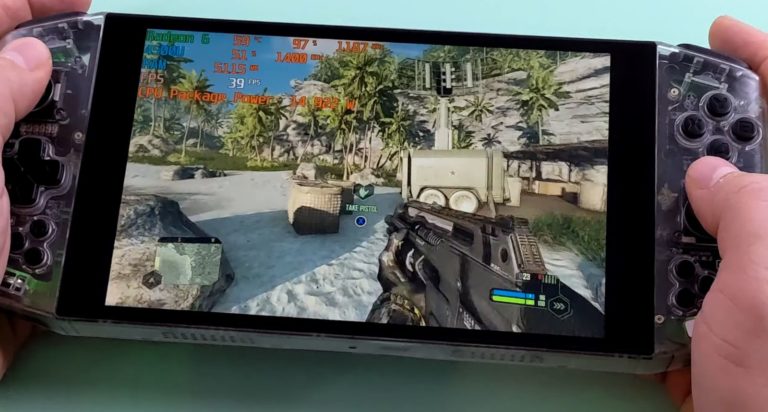 AYA Neo Founder also comes with 16GB of LPDDR4X memory and either 512GB or 1TB of NVMe storage. The console is equipped with a 1280×800 IPS display, which ensures that Ryzen CPU integrated graphics can still provide a playable experience with a framerate above 30 in most games. The 47wH battery can officially provide up to 6 hours of use, but in heavy gaming, it is usually around 2 hours.

AMD Ryzen 5 4500U features Radeon 6 Vega graphics with only 6 Compute Units (384 Streaming Processors). Despite such a low number of cores, this is actually more than enough to run various emulators and even games with SoC power locked to 5W (from nominal 15W). This expands the battery life to multiple hours.

YouTubers such as ETA PRIME or Taki Udon have released their first look video featuring the console. The console can provide playable framerate at 1280×800 resolution with settings at medium to low. Some games are playable with APU power locked to 5W. The videos that are attached later in this post also include emulator tests. Those tests are early previews with detailed reviews expected in the coming weeks.

Aya Neo will compete in the handheld gaming market with upcoming One Gx1 Pro and GDP Win3. Both will feature Intel Tiger Lake CPUs with Xe Graphics. If not for the very high price of these devices, 2021 could become the first year when gaming on integrated graphics actually becomes popular. 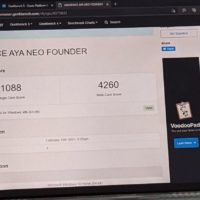 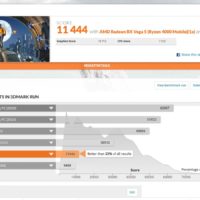 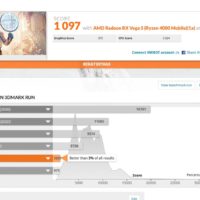 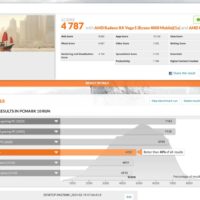 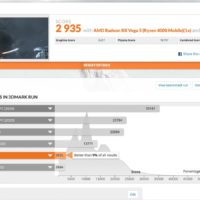 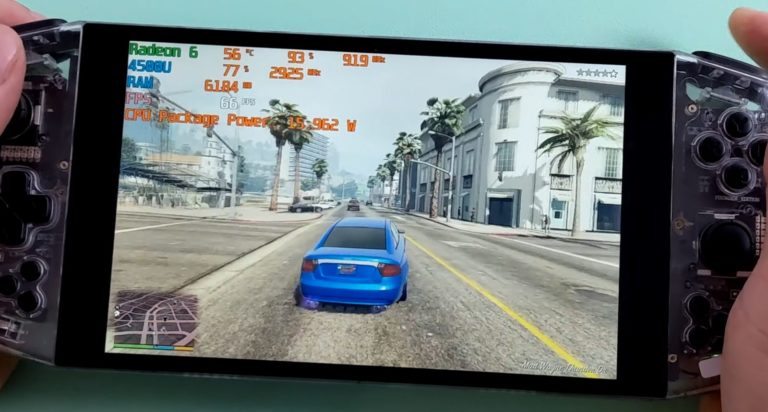 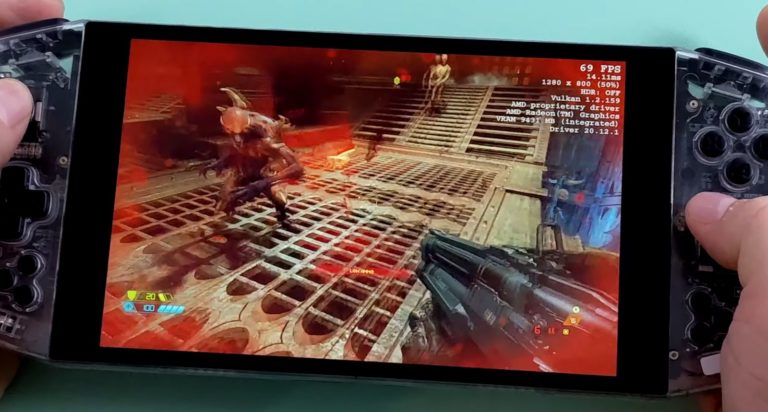 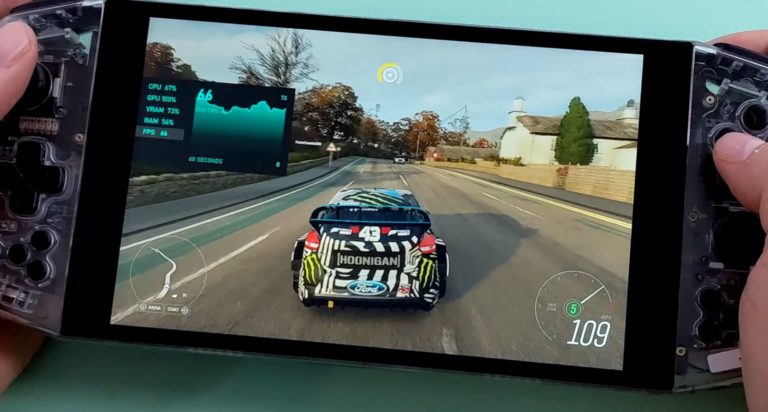 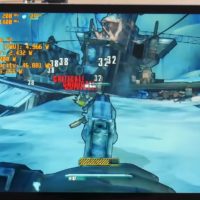 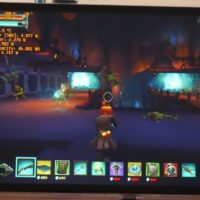 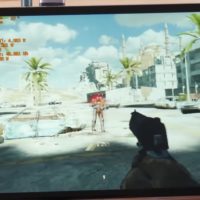 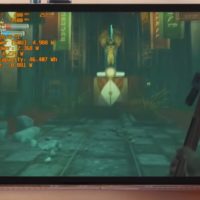 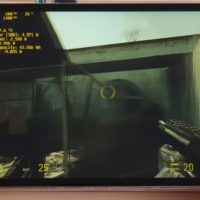