At 2022 Thermaltake Expo hosted virtually the company is making a number of announcements featuring peripheral devices, including chassis, keyboards or memory. One of the segments is dedicated to next-gen power supply lineup. 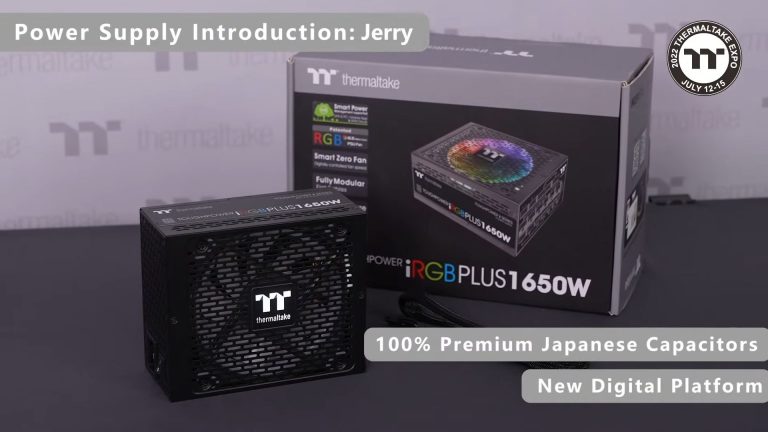 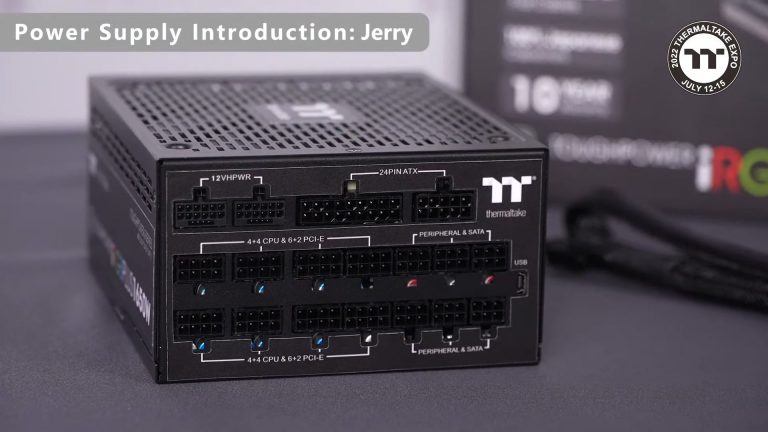 Thermaltake PSUs will be following Intel ATX 3.0 specifications, which increase the requirements for power spike duration and as a result enforce better quality components, claims the host of the PSU showcase.

At the Expo the company is introducing its iRGB Plus series with 1250W and 1650W variants. It’s an 80+ Titanium class power supply and comes with a 140mm RGB fan. This power supply is using 100% Japanese Capacitors, and it implements the company’s new digital platform design with hold-up time higher than 16 ms and ripple noise under 30 mV. The PSU has voltage regulation within 2% range. 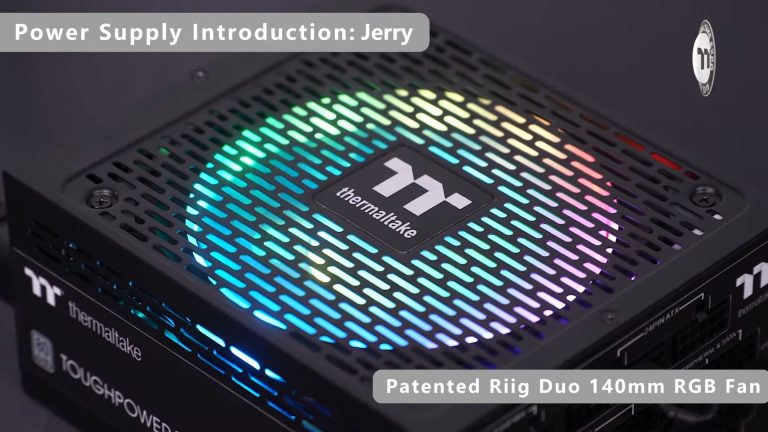 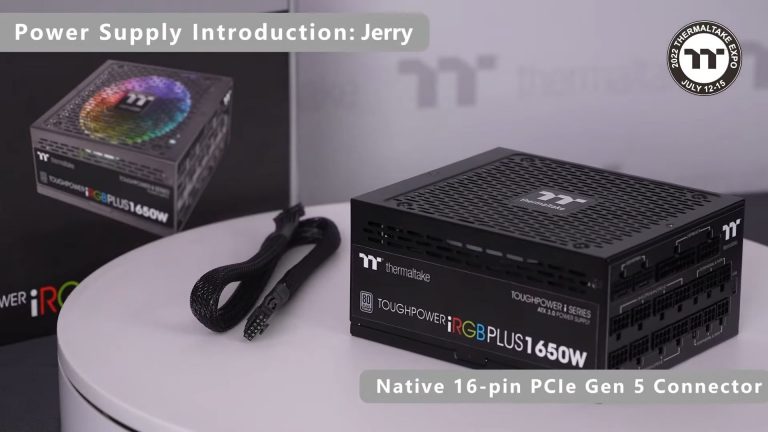 More importantly, it’s the first power supply from Thermaltake to offer not one but two native 16-pin power connectors. We have just discussed this issue  yesterday, that flagship RTX 3090 Ti model equipped with dual 16-pin connectors already need as many as five to six 8-pin power cables (depending on the adapter type). But there was no sign of PSUs with native dual 16-pin connectors, until now at least.

Thermaltake PSU will be ready for such designs, which probably means custom RTX 4090 series that for some reason would require more than one of such cables. The vast majority of power supplies available right now only offer power adapters, which typically go up to 450W (3x 150W), but the rumor is that the RTX 4090 series might come with a 4×8-pin to 16pin adapter, theoretically offering up to 600W. But can anyone imagine using eight 8-pin cables instead of just two native 16-pin connectors? With Thermaltake PSU this won’t be a problem.

Thermaltake also demonstrated their SPM admin panel for their new power supplies. These tools will collect historical data as well as provide quick access to PSU real-time information for voltage, efficiency and current wattage. It will also control the lighting of the ARGB fan. 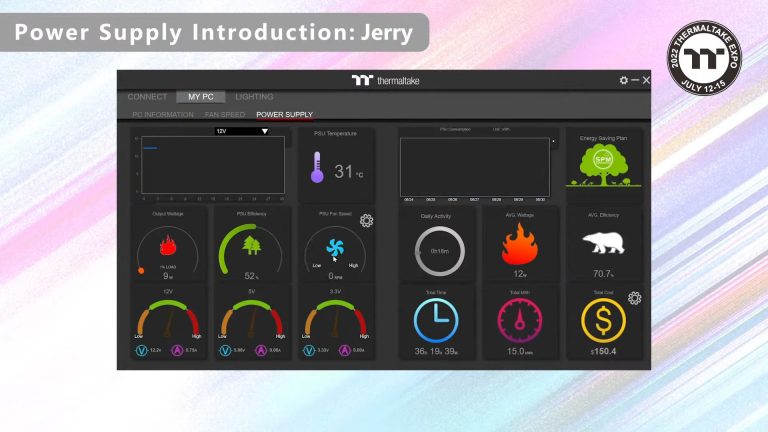 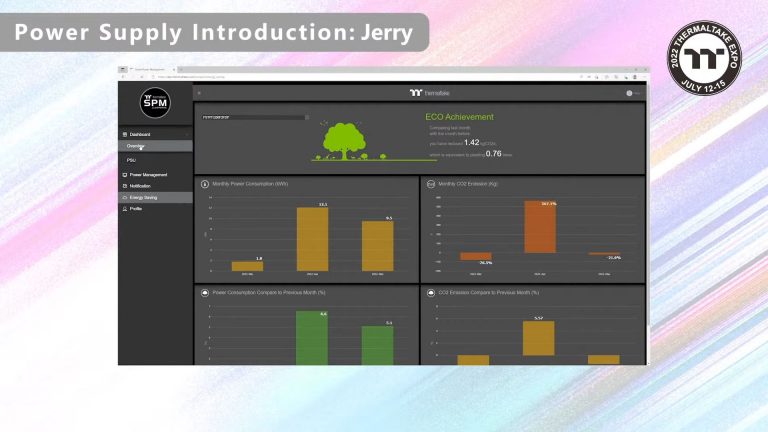 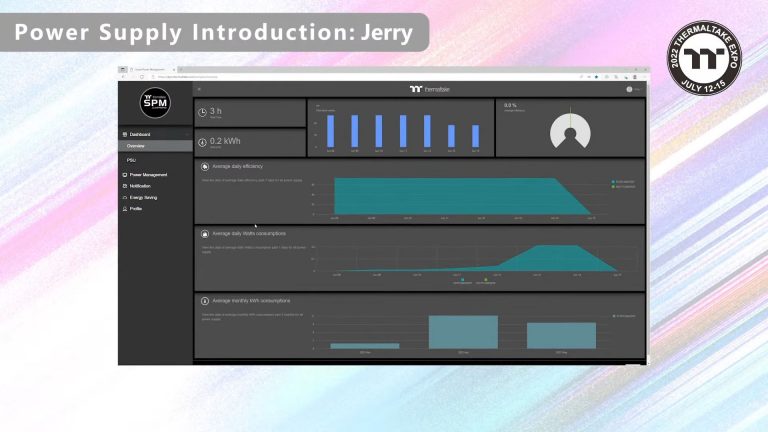 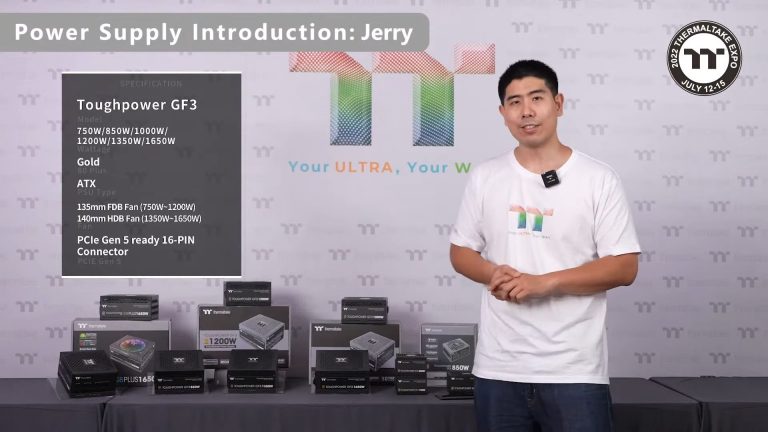 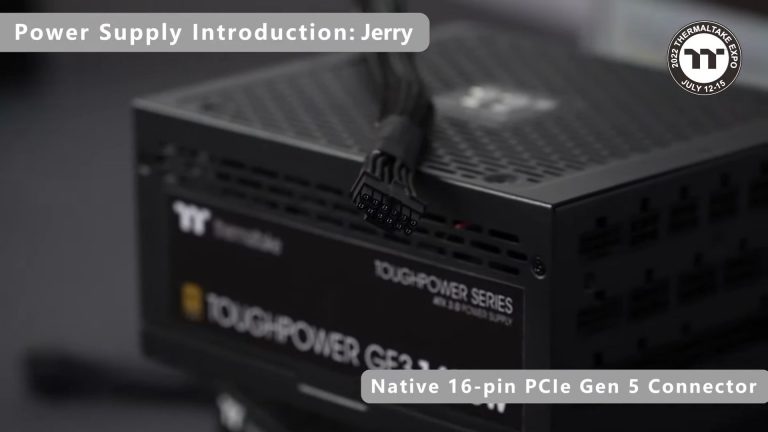 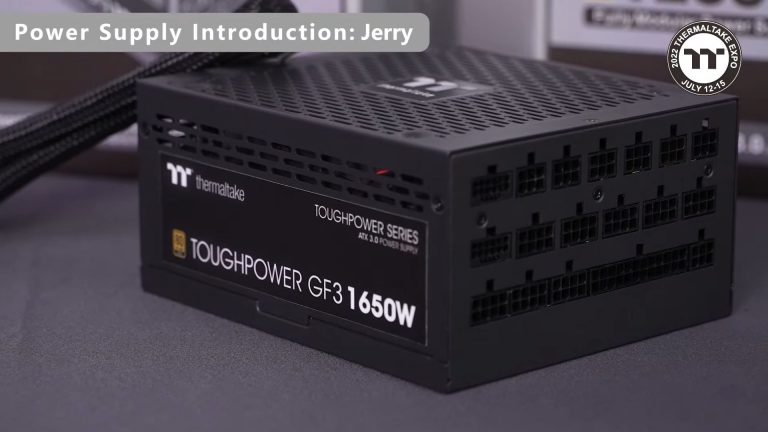