The next Tomb Raider game is built on Unreal Engine 5

Today, during “State of Unreal 2022” event, Crystal Dynamics studio confirmed it has begun the development of the next chapter in the Tomb Raider franchise.

The announcement of a new Tomb Raider game happens on the same day Epic Games officially launched its Unreal Engine 5 game engine. This engine has already been showcased in a few demos, such as Matrix Awakens city demo, and has been available to developers for a while. 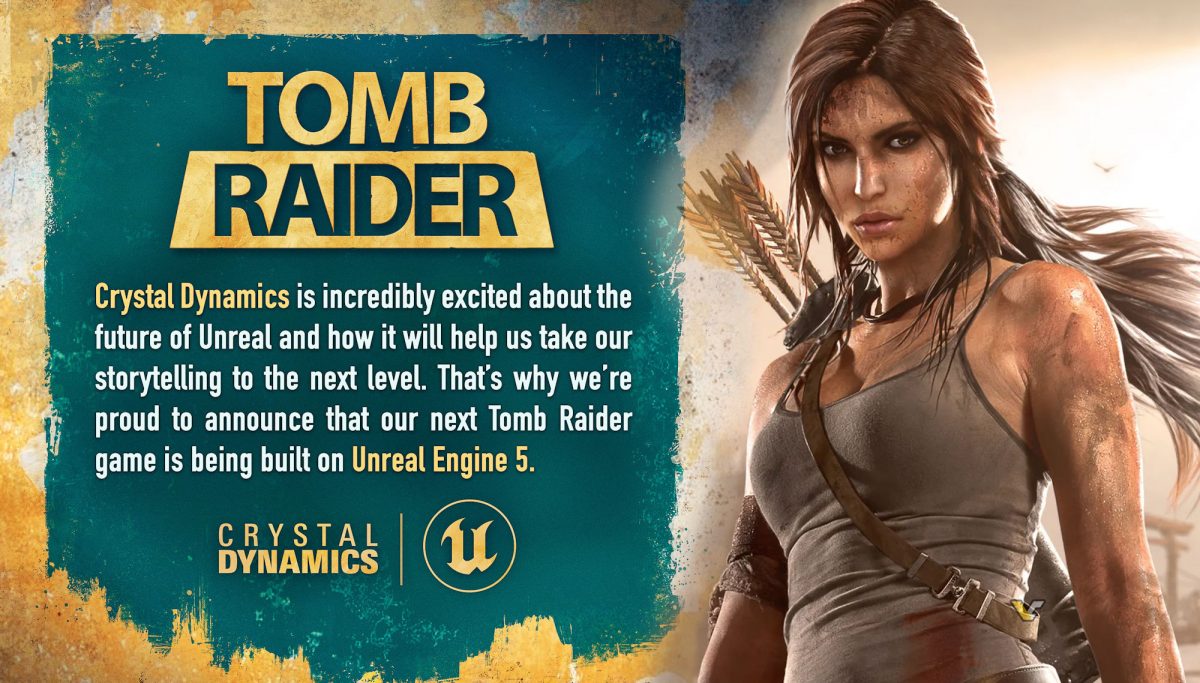 Some game studios such as Crystal Dynamics have today confirmed that they are developing games using this new engine. The next chapter in the Tomb Raider series will use UE5. This could be a continuation of the Shadow of the Tomb Raider released in 2018, however at this point this is just a speculation – the studio has not yet confirmed the name of this new installment in the series.

Therefore, Tomb Raider is to follow the trend of game studios abandoning their own engines, in this case the Foundation engine, in favor of more cutting-edge and widely supported ones. Just recently, CD Project Red confirmed development of its UE5 based Witcher game. The development of both has only just been announced, thus fans of the series should be prepared to wait.

Crystal Dynamics is incredibly excited about the future of Unreal and how it will help us take our storytelling to the next level. That's why we're proud to announce that our next #tombraider game is being built on Unreal Engine 5! pic.twitter.com/UFMiWzJAZc