The last thing we need in 2022 are GPU lootboxes, yet here they are

As the name suggests buyers of the ‘surprise blind box’ will not know what they are buying for 100 USD (the offer is currently out of stock so we are unsure about the pricing). This is either a great idea for the current times or quite the opposite, a method of extorting money from people who still have hope to buy high-end GPUs at MSRP. 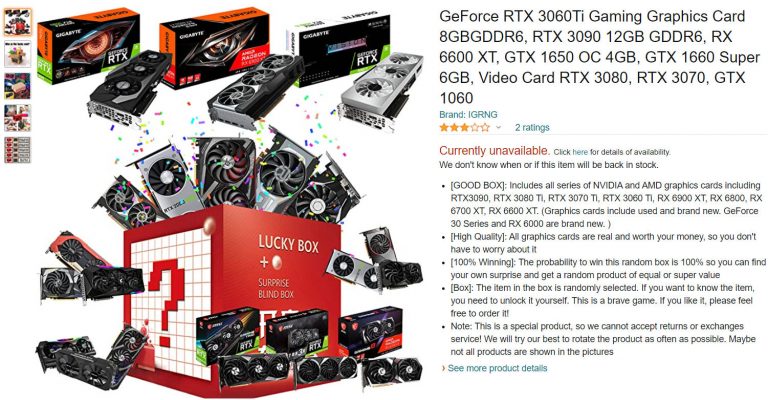 Chances to go up once we go back in time, NVIDIA Maxwell and AMD RX 300 series are already at 16% of being included in the box. However, almost 70% are cards that might, are not even listed on the seller’s page. This could be anything from GT710 to some ancient GPU no longer supported by any company. There is also a possibility that the seller is offering used mining hardware, after all, a big chunk of 4GB cards are no longer suitable for ETH mining.

To make matters worse, buyers will not even be allowed to return the GPU, which probably goes against Amazon’s terms of service, yet here we are. Of course, we do not recommend buying these GPU lootboxes. 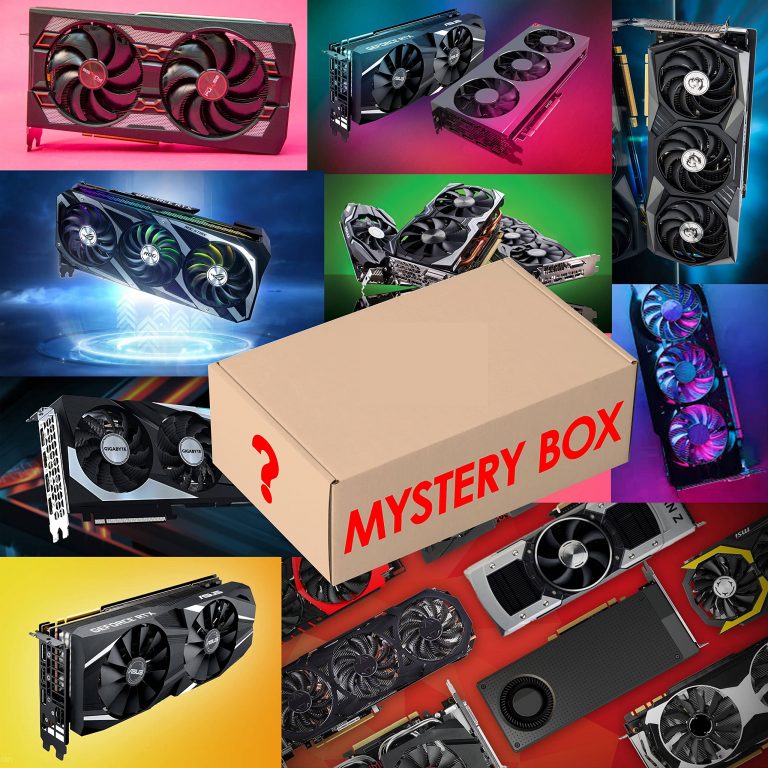 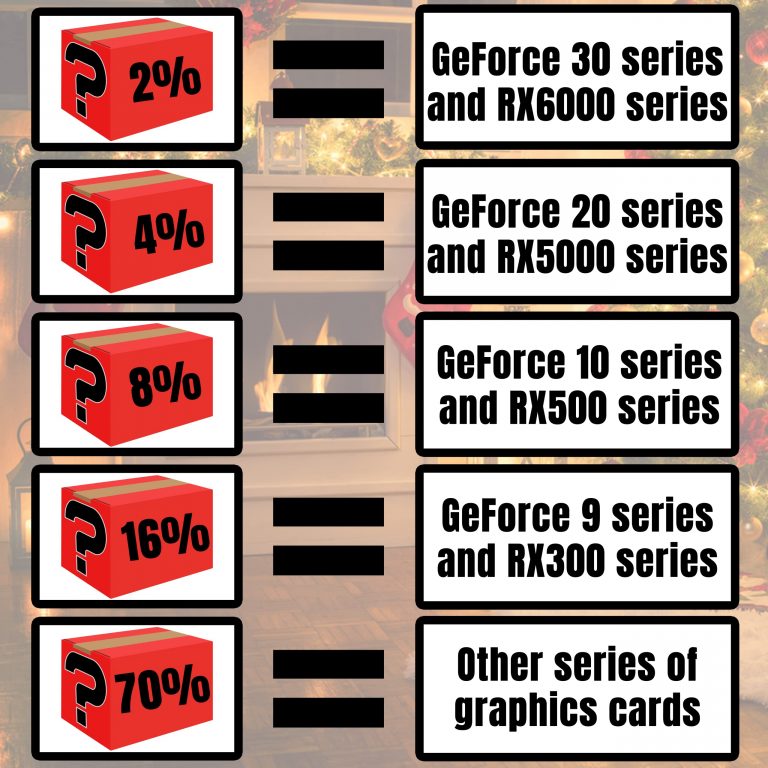