A teaser picture released by GALAX reveals the new design of the HOF RTX series.

GALAX is one of the few manufacturers putting LCD screens on their cards. This has been an exclusive feature of HOF series and GALAX has no intention to get rid of it (which is a good thing).

Unlike the old series, the new card features a giant LED illuminated crown around the screen. The old series had the crown on the front shroud, which in my opinion looked better — it was simply not so eye-catching.

The new HOF are 2.5 to 3-slot design (hard to figure from the picture). The cooler longer and wider than the PCB, this is one hell of the card. The previous generation was known for its weight, so it is very likely that VGA support brackets will be bundled with RTX series, as they were with GTX.

The teaser is hiding power section for a reason. GALAX is still figuring out how many power connectors should the new HOF have. 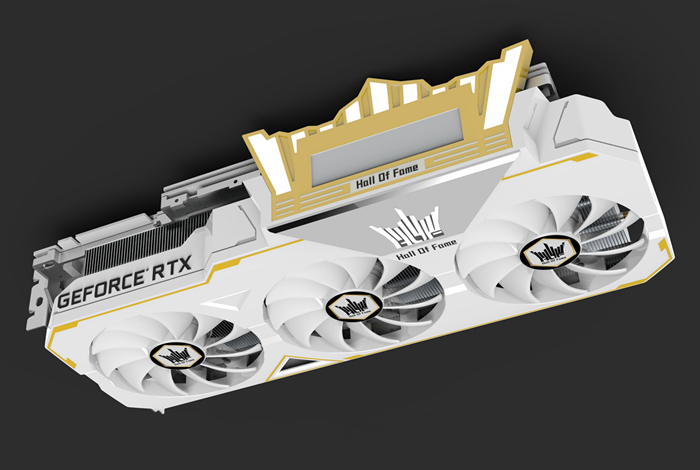 Update: We have been contacted by Ronaldo rbuass Buassali from TecLab (who works with GALAX) with more pictures.

Apparently, the crown can be detached. 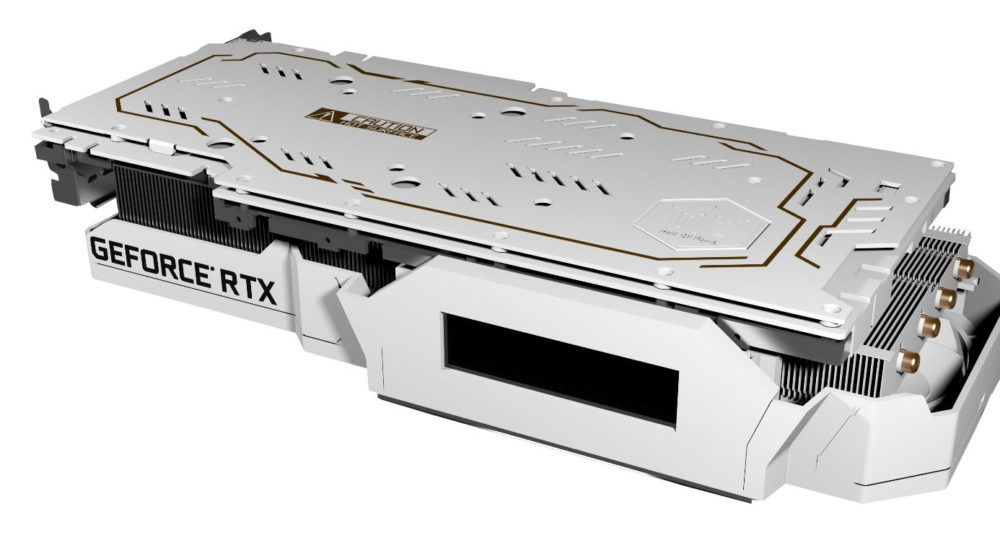