Along with changes to the car powertrain, Tesla announced that the updated Model S (which wasn’t updated since 2012) will feature a new infotainment system with the Tesla Arcade gaming platform. According to the announcement, this system will have 10 teraflops of power, which is just as powerful as Play Station 5. Tesla did not announce what chip is used for the new system, although it is speculated that it may be based on AMD silicon.

It is rumored that Tesla Model S is powered by an AMD RDNA2 chip, likely Navi 23 GPU (there have been no leaks on CPU design yet). This is a mid-range GPU that has not yet been announced by AMD. It is rumored that the new GPU will have 32 Compute (or shall we say Commute?) Units, which means 2048 Stream Processors. In order to achieve 10 TFLOPS of power, the GPU would have to be clocked at 2.44 GHz.

Tesla is already taking preorders for the new Model S with a price tag of 80K USD. The cars will be available in March, which might align with a possible announcement from AMD of this new graphics chip. It would also be used for discrete graphics cards, namely Radeon RX 6500 series.

Please note that this information about AMD GPU has not been confirmed, so take it with a grain of salt. 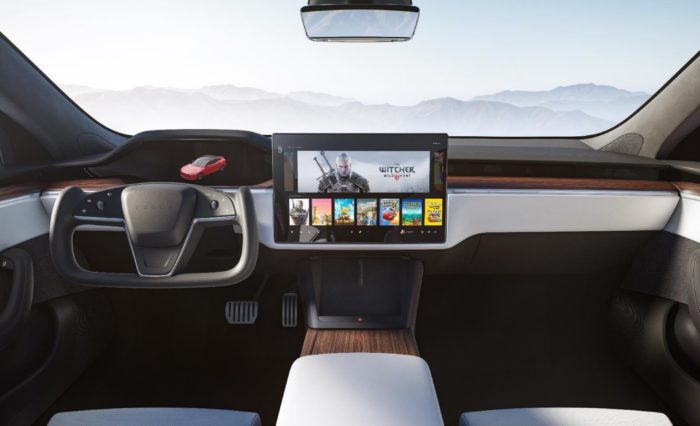 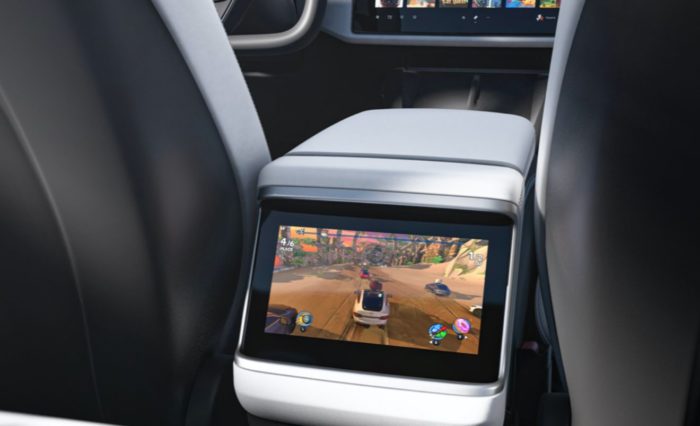 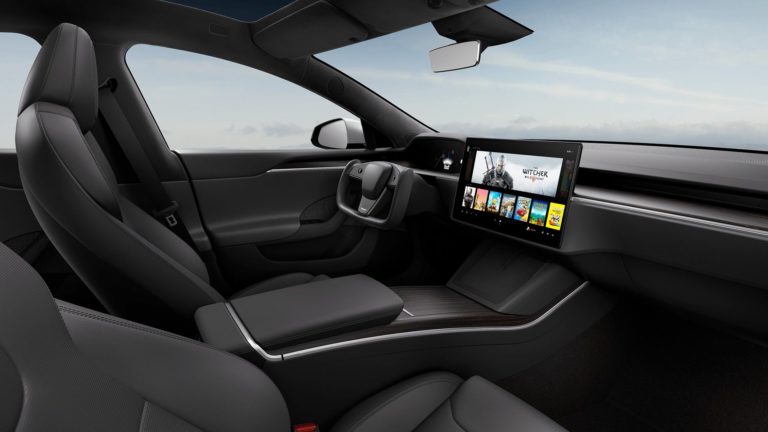 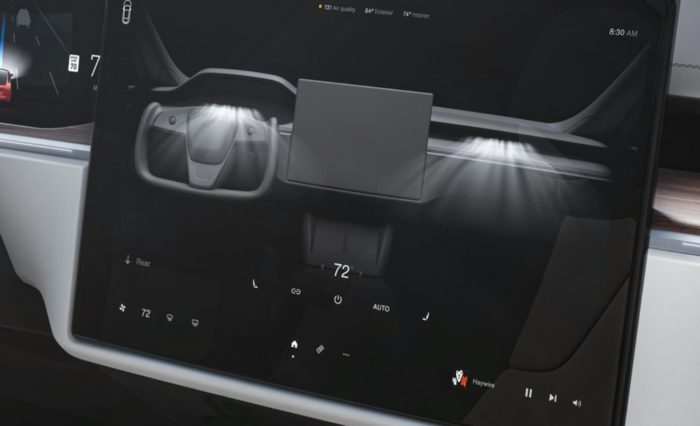 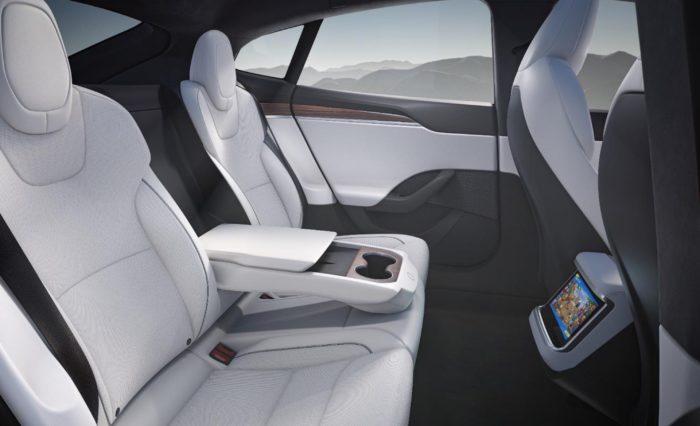 On Twitter, Elon Musk confirmed that the new infotainment system will be able to run Cyberpunk. According to the official renders, the system will also play Witcher 3, both known as very demanding PC titles, although Witcher 3 had already seen a Nintendo re-release which is powered by NVIDIA Tegra SoC.

It can play Cyberpunk