The Brazilian overclocking team TecLab, led by Ronaldo ‘rbuass’ Buassali is back with new world record. 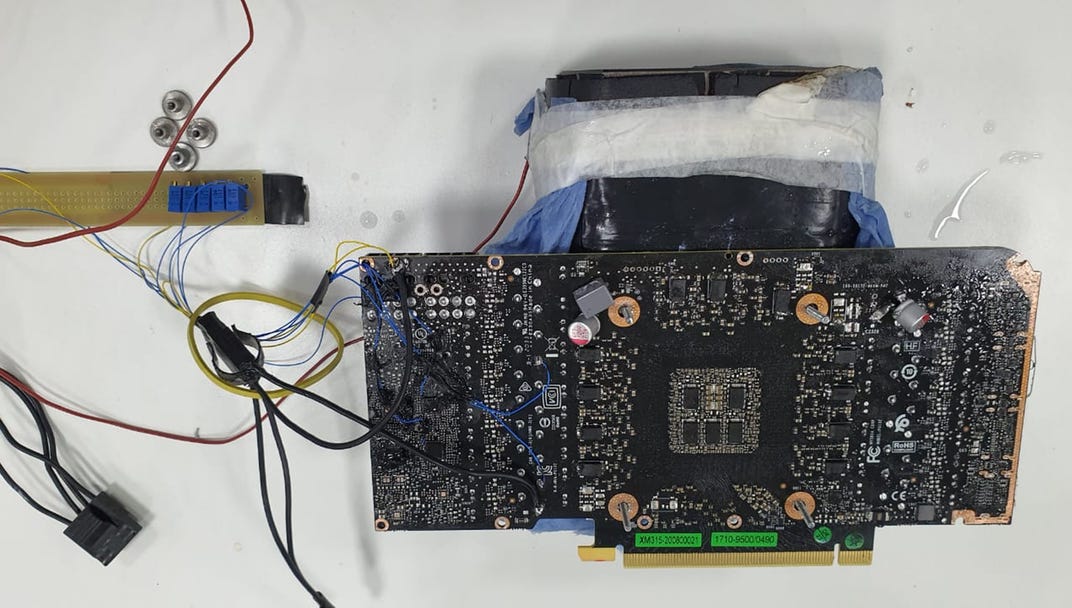 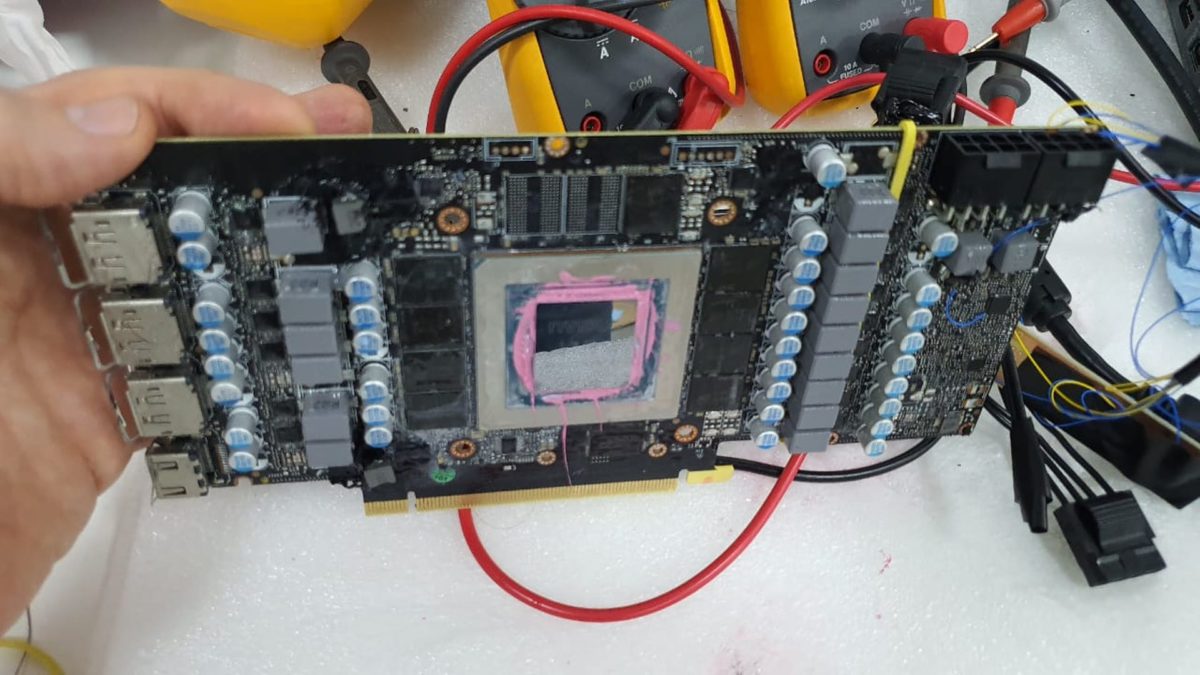 Two weeks ago we reported that TecLab managed to break the 3 GHz barrier on the RTX 2080 Ti graphics card. The team is back with another achievement, the highest score in 3DMark Time Spy Extreme.

The 3DMark Hall of Fame website may be a bit confusing at first. There are many types of scores listed on the page. NVIDIA yesterday announced it will phase out SLI technology in favour of native game integrations. This, and lack of SLI fingers on sub-RTX3090 graphics cards, basically means tht SLI is dead. Thus, it makes no sense to compare future grpahics cards with old-generation supporting multi-GPU connections. That said, a filter ‘Number of GPUs: 1x’ needs to be applied.

It is also important to change from Total Score to Graphics Score only. The total score takes CPU performance into an account, which is totally meaningless for GPU ranking. This is how we end up on Time Spy Extreme Graphics Score (1x GPU) scoreboard.

The TecLab’s GALAX card was overclocked to 1749/2019 MHz (base/boost) which gave it a stable clock speed of 2310 MHz during the test. This of course was only possible with Liquid Nitrogen where the temperature of the GPU remained at sub 0C temperature.

The GPU was accompanied by Intel Core i9-10900K overclocked to 6.1 GHz and also running with liquid nitrogen. 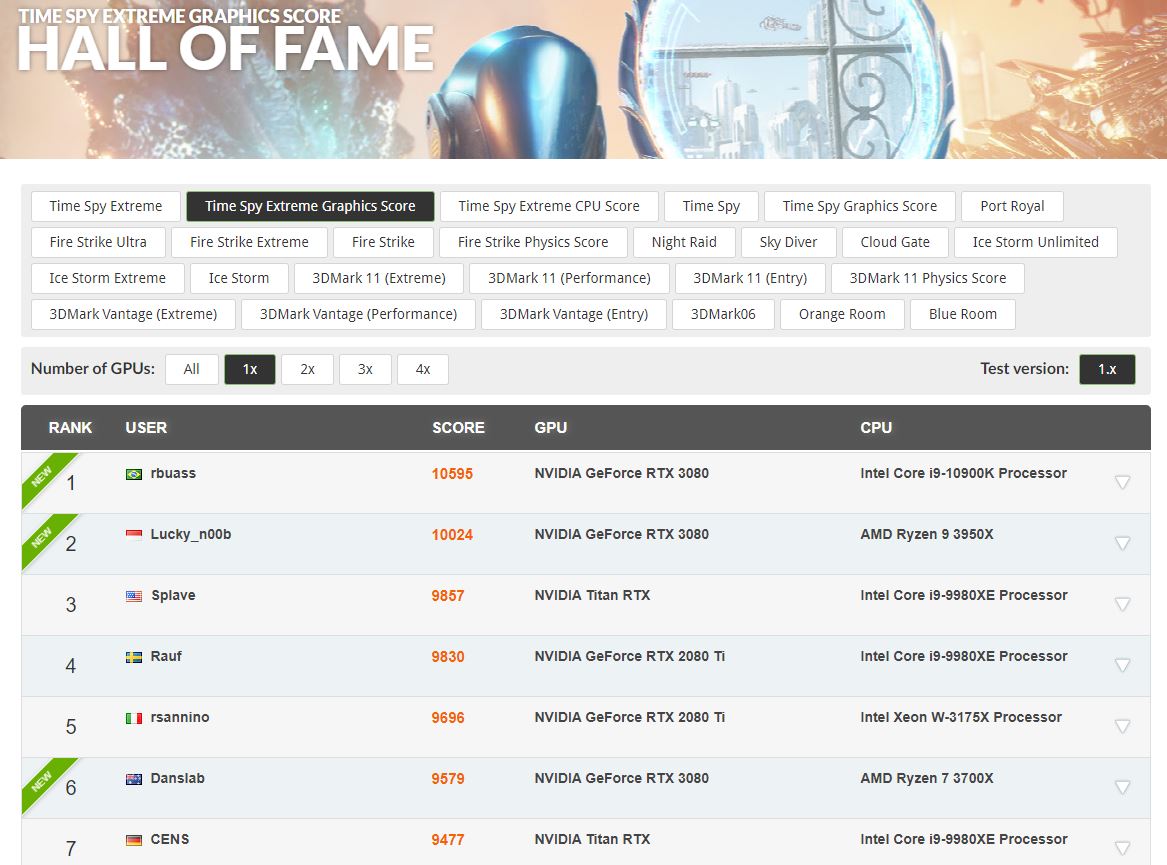 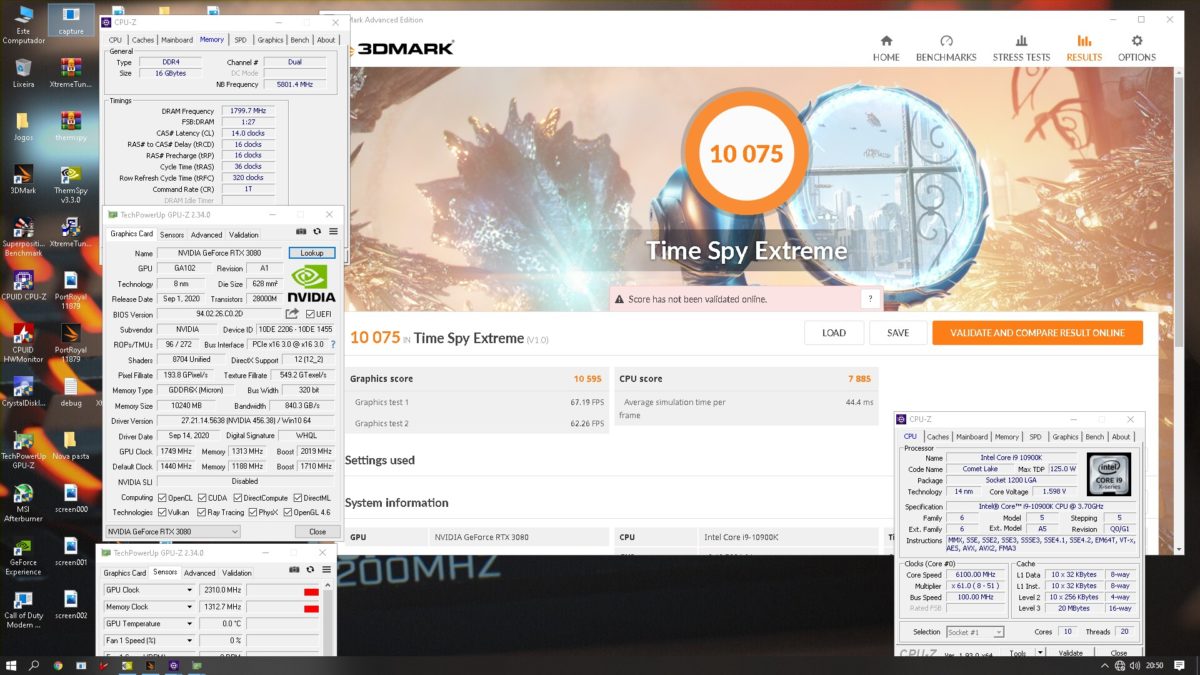 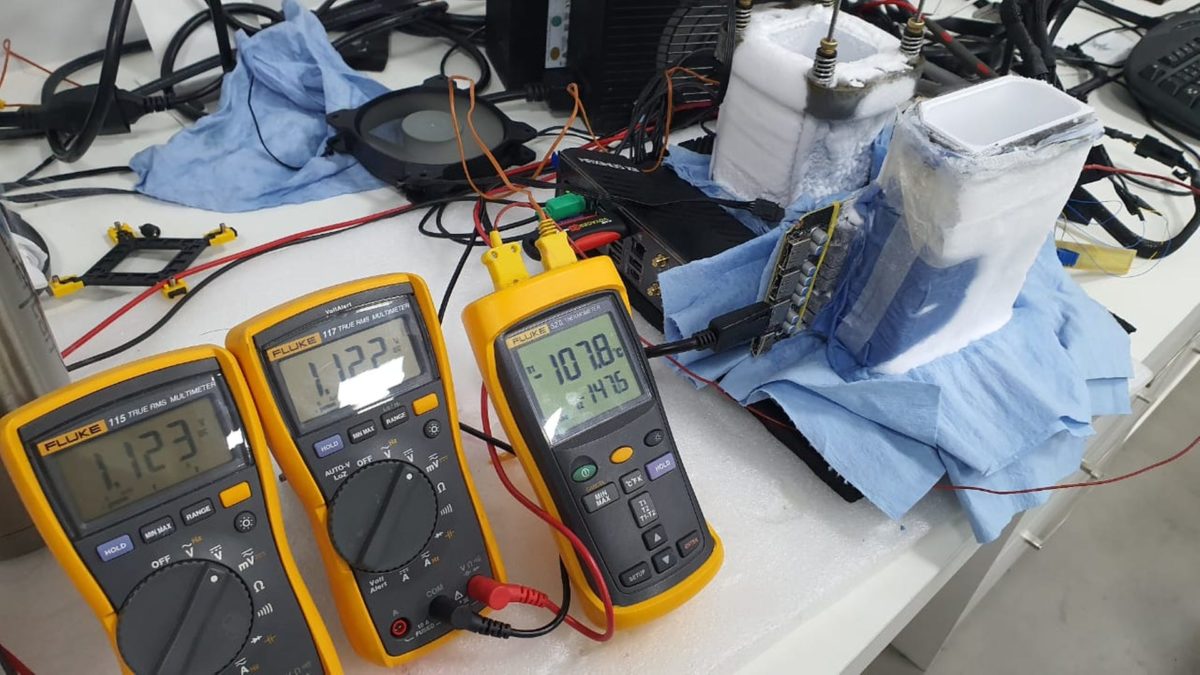 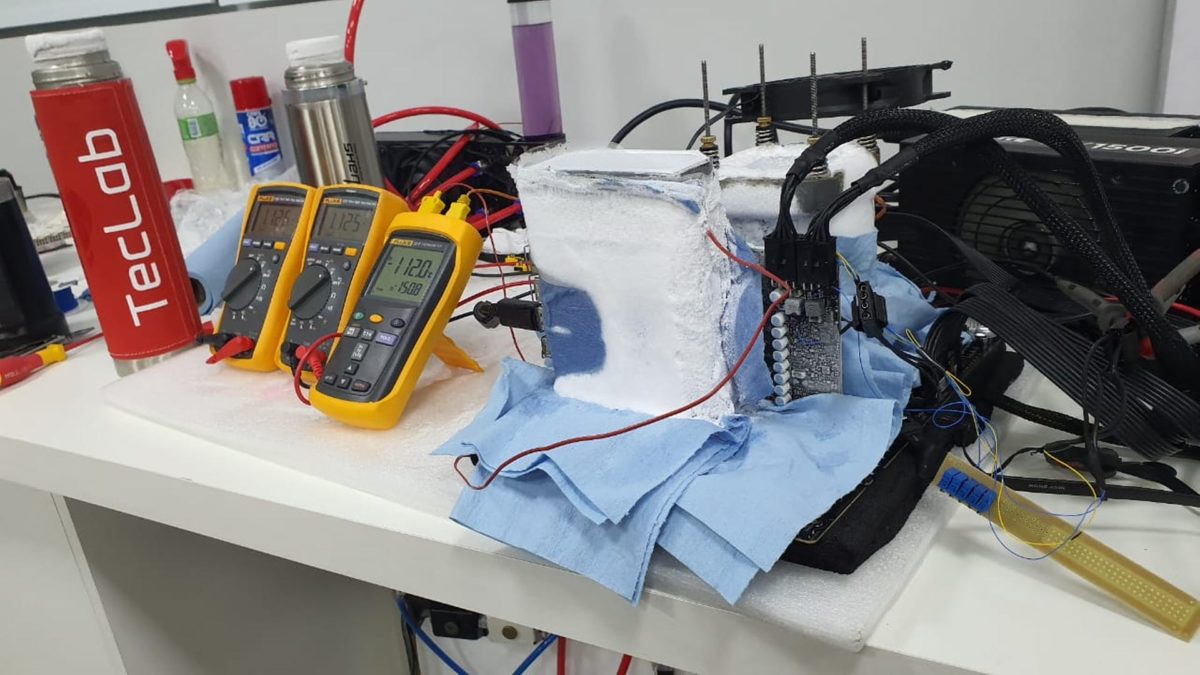 The overclocking session has been recorded (from live stream):