AMD will officially introduce its Radeon RX 6000 series on October 28th. The series will feature RDNA2 architecture based on a 7nm fabrication node. The second-generation (Navi 2X) GPUs are to offer twice the performance per Watt, compared to the Navi 1X series.

AMD is set to launch three SKUs based on Navi 21. According to our sources, AMD is not launching Navi 22 or Navi 23 at the same time as Navi 21. Even the fourth variant of Big Navi should appear next year (Navi 21 XE).

What is definitely worth pointing out is that TechPowerUP GPU-Z software is usually updated right before product launches. This might indicate that GPU-Z developer already had access to those graphics cards.

Additionally, the software features Intel DG1 support. This is a mobile discrete graphics card from Intel based on Xe-LP architecture. It should serve as an alternative to the GeForce MX series and allow Intel to promote their CPU+GPU ecosystem.

The GPU-Z software is a simple utility providing GPU information such as GPU specs, sensor data or API support. 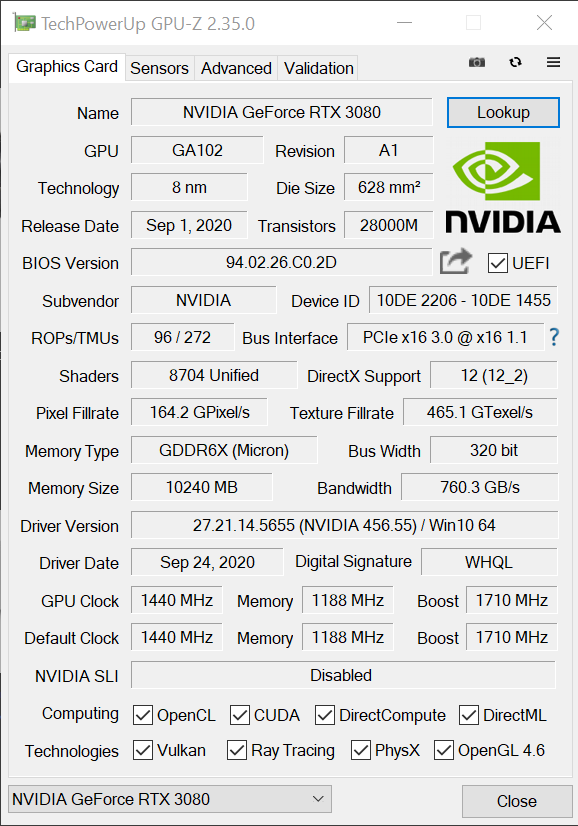