GPU-Z will now recognize Windows 11 operating system and verify if the graphics card driver conforms to the WDDM 3.0 standard. Additionally, the tool received an update for Navi GPUs, which will now show GPU clocks in the Advanced tab, regardless if clocks are reported as 0.

A very interesting update has also been introduced to the Texture Mapping Unit calculation algorithm. Many leaks featuring the unreleased graphics cards and GPU-Z software often showed a wrong TMU count. The 2.41.0 version will solve this issue by introducing a new estimation algorithm for upcoming NVIDIA GPUs (including unreleased Ampere and upcoming Ada Lovelace). Finally, a small but important update is the new tooltip translation for Chinese users.

The software is now available for download from the link below. 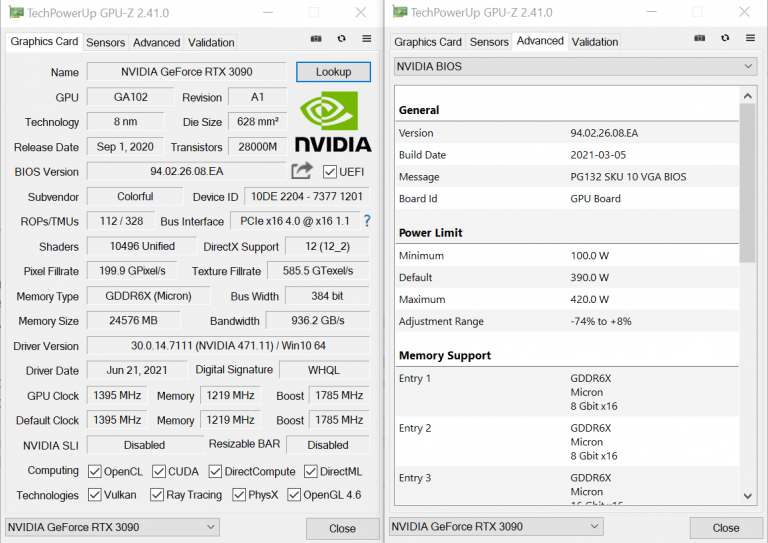