The memory maker today confirmed it has developed its first DDR5 overclocking memory. The company has immediately begun shipping samples to ASUS, ASRock, MSI, and Gigabyte, the key motherboard manufacturers. The sampling will provide more data through collaborative testing to determine the further overclocking potential of the next-generation DDR5 memory.

TeamGroups’s T-Force DDR5 memory can be operated with voltage over 2.6V. This is possible thanks to modified power management on DDR5 modules, which now handles voltage conversion without motherboard support. TeamGroup claims that this reduces voltage wear and noise generation, but more importantly, it provides more room for memory overclocking.

First consumer DDR5 enabled products are expected by the end of this year. Intel will introduce its Alder Lake and LGA1700 platform for desktops, while AMD is set to introduce its Zen4 architecture with a new AM5 socket. 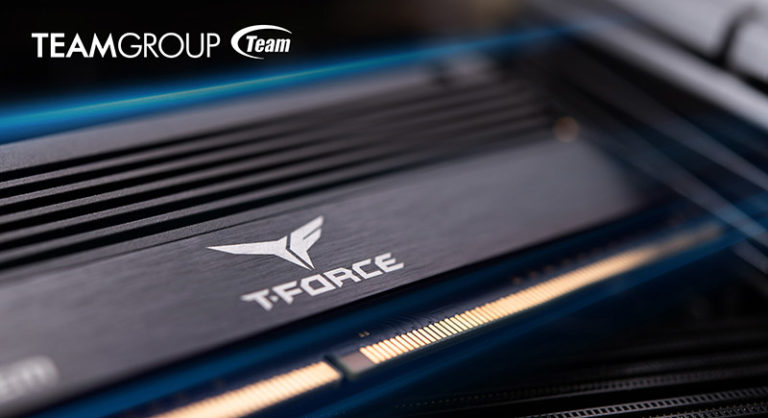 T-FORCE Gaming Launches the Next Generation with Overclockable DDR5 Memory

TEAMGROUP has worked vigorously on the development of next-generation DDR5 memory. After completing validation tests for standard DDR5 U-DIMM and SO-DIMM products with the collaboration of major motherboard manufacturers, TEAMGROUP is announcing an exciting breakthrough today: its T-FORCE brand has successfully created DDR5 overclocking memory. Samples were immediately sent to ASUS, ASRock, MSI, and GIGABYTE for collaborative testing of its overclocking capability. Consumers can expect TEAMGROUP’s products to be fully compatible with motherboards from the four major manufacturers when the DDR5 generation arrives.

The DDR5 overclocking memory has greater room for voltage adjustment, due to its upgraded power management IC. This PMIC can support high frequency overclocking with voltage over 2.6V. In previous generations, voltage conversion was controlled by the motherboard. With DDR5, components were moved to the memory, enabling the module to handle the voltage conversion, which not only reduces voltage wear but also reduces noise generation. This allows significantly increased room for overclocking compared to the past, and more powerful computing processing.

T-FORCE will continue to forge ahead and develop DDR5 memory for various applications. The strong momentum it has built with its brand and technology during the DDR4 era will be carried forward into the future as it continues to explore the overclocking limits of DDR5, achieve performances that eclipse previous generations, and enhance the reliability of its product applications. During this transitory period of DRAM, T-FORCE is an industry leader, planning for future long-term development and providing the most mainstream DDR5 solutions.