We received a photo of the SuperMicro W790 motherboard for next-gen workstation/HEDT processors from Intel.

Please excuse the quality, the original picture was very low resolution and this is as good as it gets with AI upscaling. This is actually the same motherboard that was listed earlier by Canadian retailer. This is a costly (~$960) workstation board for the upcoming 4th Gen Xeon-W series codenamed Sapphire Rapids-WS. 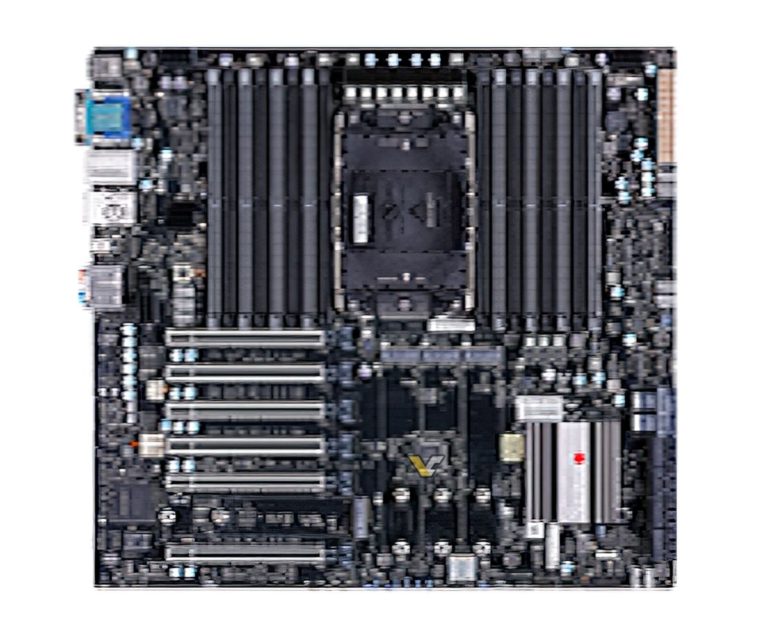 It’s an E-ATX design with five PCIe X16 slots (most likely Gen5) and 8-channel memory support. We can also see it supports three M.2 SSDs drives, and it has a new heatsink for the chipset with SuperMicro logo.

We also attached two SuperMicro motherboards for 3rd Gen Xeon with Socket LGA-4189 (Socket P+) and even older 2nd Gen Xeon based on Socket LGA-3647 (Socket P). Interestingly, each iteration has been updated to the newer PCI Express standard, which is now reaching 5.0 for Sapphire Rapids.

Intel has not yet confirmed the release date for the new Xeon series, but the rumors suggest Sapphire Rapids for HEDT market could be announced as early as February with launch expected in April. This would be a long-overdue update to the Intel HEDT series, which has not seen any new part since 2019.