We have just been informed that a Vietnamese retailer who already appeared on our site as a vendor packing ultra-rare GPUs into minings rigs, is again in the spotlight of the Vietnamese gaming community.

Back in November, it was reported that a number of GeForce RTX 30 graphics cards from EVGA have been stolen from a truck en route from San Francisco to Southern California. The company confirmed that graphics cards in a 330 to 1960 USD price range were in this shipment.

Users are now reporting that the Vietnamese retailer is supposedly selling RTX 30 cards from the said shipment. All cards are offered with a limited 1-month warranty but at a relatively good price, which is typically the case for cards imported through ‘unofficial’ channels to Vietnam.

One of the users reported that after purchasing two RTX 3080 Ti cards and verifying the serial code for potential warranty claims, the EVGA website confirmed that the card is the stolen shipment:

On October 29, 2021, EVGA GeForce RTX-30 Series Graphics Cards were stolen during a shipment. The serial number you are attempting to check warranty status on is determined to be from that shipment. 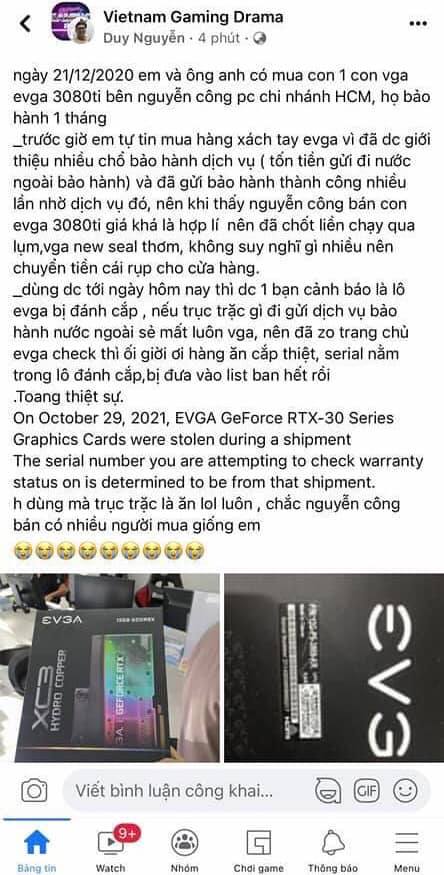 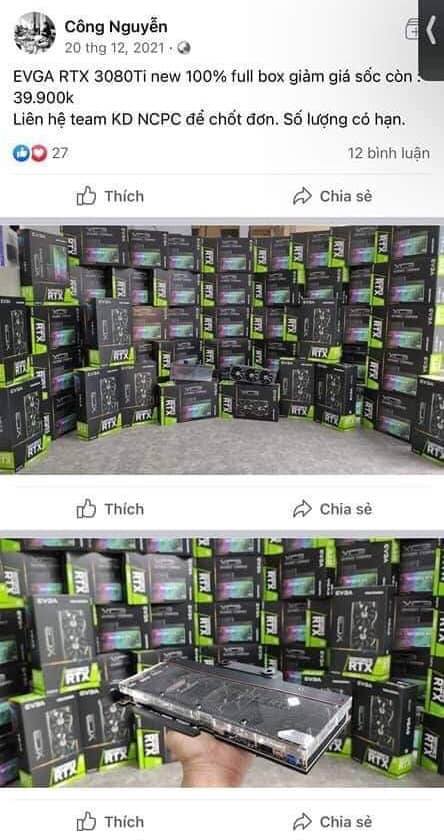 This is truly a bizarre situation, considering that the seller is not a small local retailer. People purchasing those cards are in an even worse position because unbeknownst to them they are buying stolen goods. Although they should return those cards to EVGA, it does not seem like they would risk losing both the money and chance to have a GPU, not to mention the absurd pricing for shipping the card abroad.