Valve offered a first hands-on to select members of the media. This is the first time we can learn about their experience with the early preproduction version of the device. 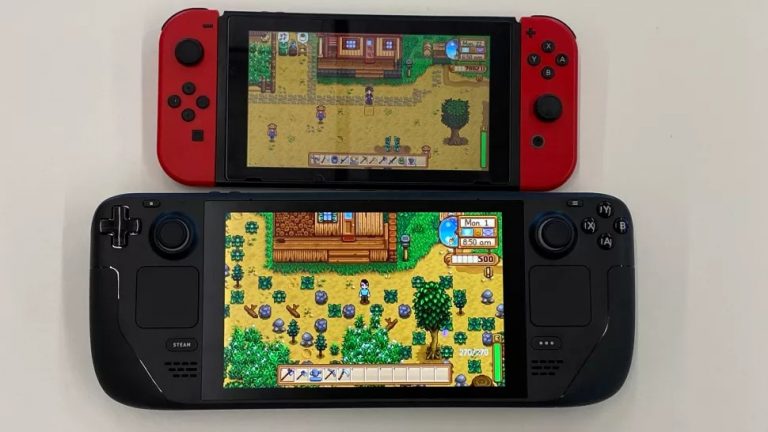 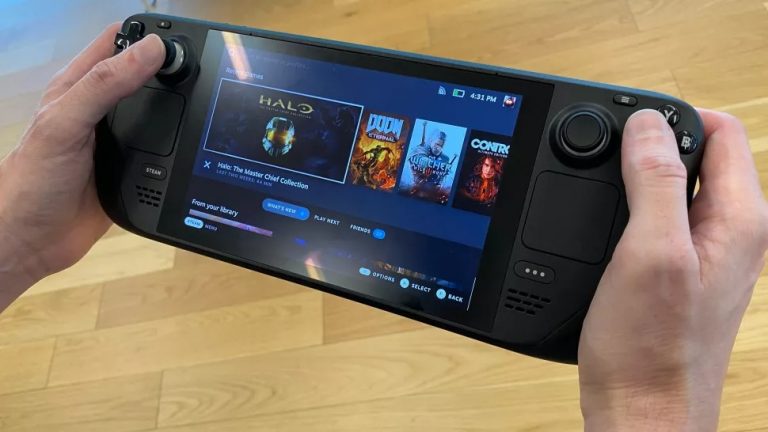 Among those invited were Linus Sebastian from Linus Tech Tips and Tom’s Hardware. Both had the chance to test the device in games, which among many other things is the most interesting topic regarding the device.

Steam Deck is powered by AMD Van Gogh APU with Zen2 microarchitecture. The APU offers 4 cores and 8 threads clocked up to 3.5 GHz. This new AMD APU is the first to be equipped with RDNA2 integrated graphics. Valve has disclosed that the processor offers 8 Compute Units clocked up to 1.6 GHz. The device is equipped with a 1280×800 screen, which in combination with RDNA2 and FSR support through select titles, should offer a playable experience in most games available through Steam.

Valve’s hands-on did not allow participants to modify the collection of installed games. The preproduction sample also did not allow for Steam account change. This greatly restricted what could have been tested. The hands-on unit offered the following titles: Hades, Halo 4, Ori and the Will of the Wisps, The Ascent, Control, Dead Cells, Death Stranding, Disco Elysium, Doom Eternal, Guilty Gear Strive, The Witcher 3: Wild Hunt, Sunset Overdrive, Prey, Star Wars Jedi: Fallen Order, Stardew Valley, Sea of Thieves, Death’s Door, Factoria, Dying Light: The Following, The Outer Worlds, and Ni No Kuni: Wrath of the White Witch Remastered.

Linus tested the console in Doom Eternal and compared the performance metrics side by side with Aya Neo, powered by Zen2 CPU but also with a bit older Vega GPU. In the same scene and similar settings, the Deck offers 59 FPs compared to 37 FPS on Aya Neo. That means that Steam Deck is 59.4% faster than Aya Neo. 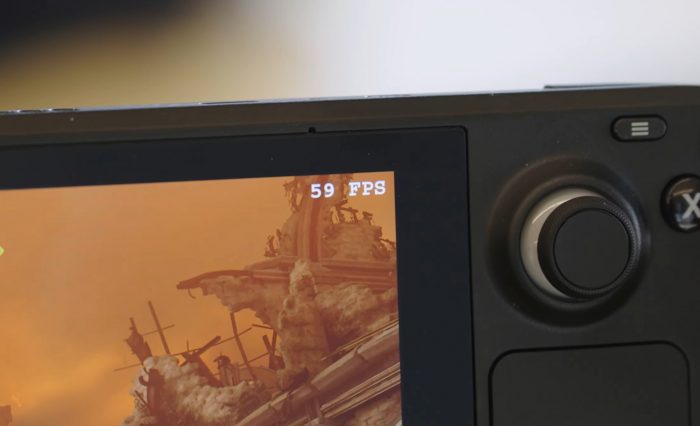 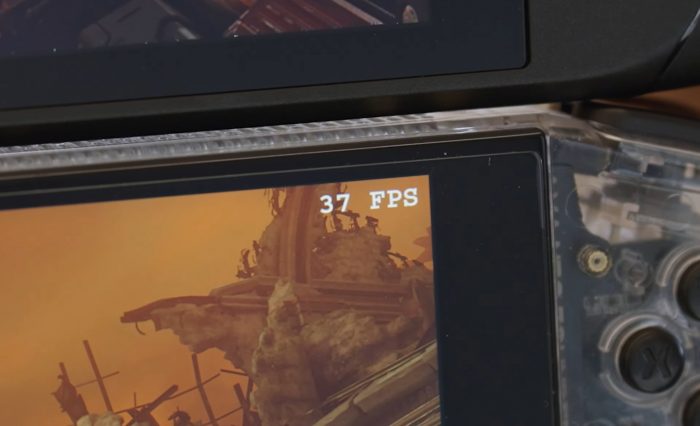 Gamers now have a wide range of handheld gaming devices to choose from. A popular choice is definitely Aya Neo powered by AMD Ryzen 5 4500U (Zen2) processor with integrated Vega graphics. Alternatively, gamers preferring Windows games may also be interested in One XPlayer which is powered by the latest Intel Tiger Lake processor and its Xe-LP graphics. Naturally, there is also a choice among the Nintendo Switch platform, which was recently updated with an OLED screen.

Steam Deck might be a great choice for people preferring open-source platforms and for those who already own a large collection of games on Steam. Various software developers, including console emulators, have already expressed their interest in the Steam Deck open-source approach, which should allow 3rd party app installation.

The console is now available for preorder with a price starting at 399 USD for the least equipped model. Technically it should be possible to upgrade the onboard storage, but for obvious reasons Valve is not recommending doing it.