Update: Steam has brought back CounterStrike Global Offensive game to the store

One of the most popular games has been (accidentally?) removed from the store.

Counter-Strike Global Offensive is currently not available through Steam. The developer might have accidentally removed the game along with many other titles that have suddenly disappeared from the store. The issue was first noticed 2 hours ago when Steam has removed the store name and all details on the product page. 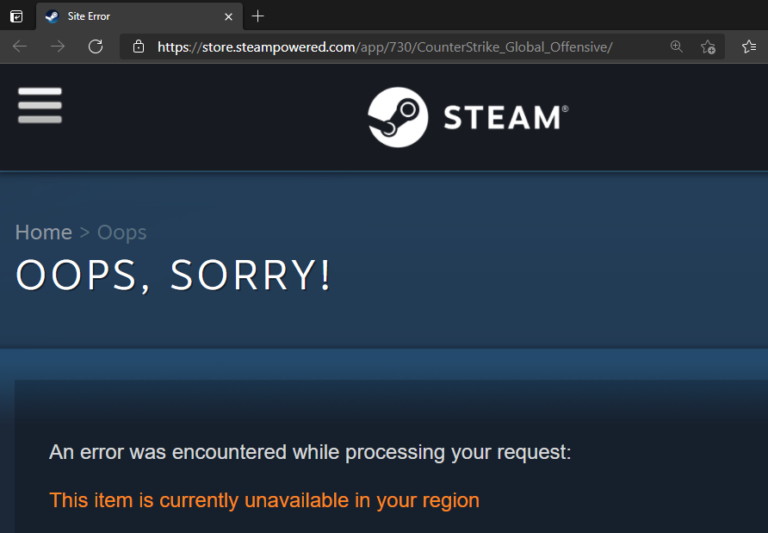 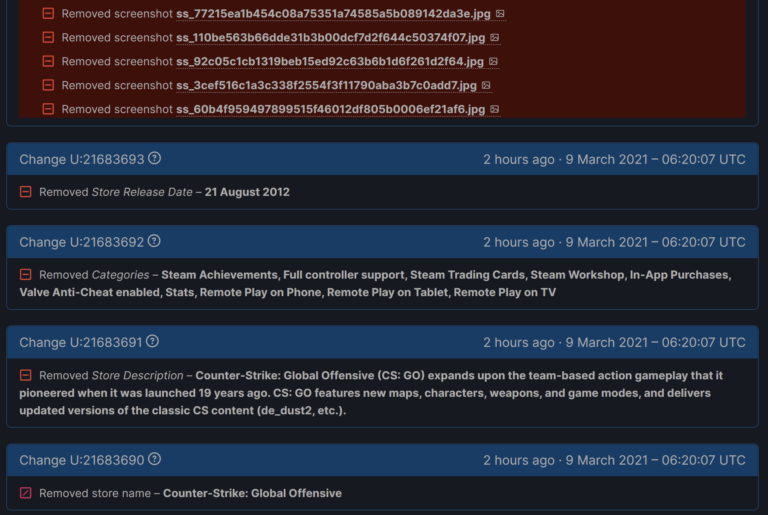 SteamDB, a website tracking steam changes has seen a spike of this and titles being removed. At the time of writing, CS:GO still had 550,000 players currently in the game (the highest number of concurrent players in the whole platform). The sudden removal should not affect players who already had the game installed.

The creator of SteamDB says that this is a Steam bug. The game is likely to return to Steam once issues are resolved.

CS:GO isn't just the only app that disappeared from the Steam Store. Something went wrong on Valve's end there, when they disappeared a few appids showed up in a store api (0, 160, 202) that shouldn't have.