For a week Star Wars Battlefront II will be free on EGS.

The game was developed by EA DICE and was released on November 17, 2017. It was made using Frostbite 3 engine. Originally it launched on PCs, Playstation 4, and Xbox One.

The game currently retails at 40 USD on Steam. 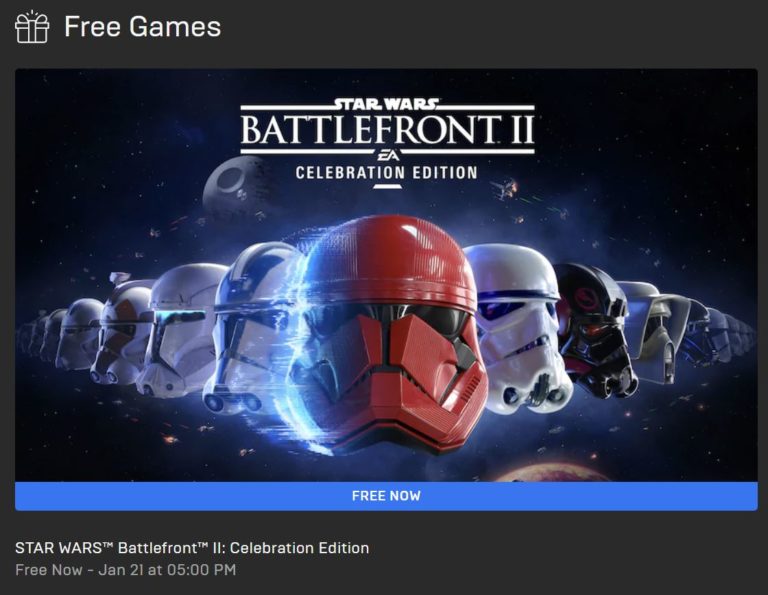