This is neither the first time nor the last time we will be talking about DG2, Intel’s first modern gaming GPU series now expected to debut later this year. It’s an important development in the GPU industry because the choice will no longer be limited to two brands.

According to the most recent leaks, Intel is planning at least two DG2 variants, one with 384 EU (Execution Units) and the other with 512 EU. A third variant has now appeared in an encoded message by @OneRaichu, who has leaked DG2 information before. Twitter users were quick to decode the message and reveal a list of potential DG2 specifications. From there we learn that there is also a third variant with 128 EUs.

This means that the Intel DG2 series would now feature three GPUs. This is a major difference from DG1, which only debuted in a single form, later accommodated for mobile and desktop form factors. The DG2, other the other hand, would a family of products featuring the same architecture.

Intel confirmed that the external foundry will manufacture Xe-HPG chips. It is rumored that it might be TSMC’s 6nm node, however, neither company has confirmed this yet. 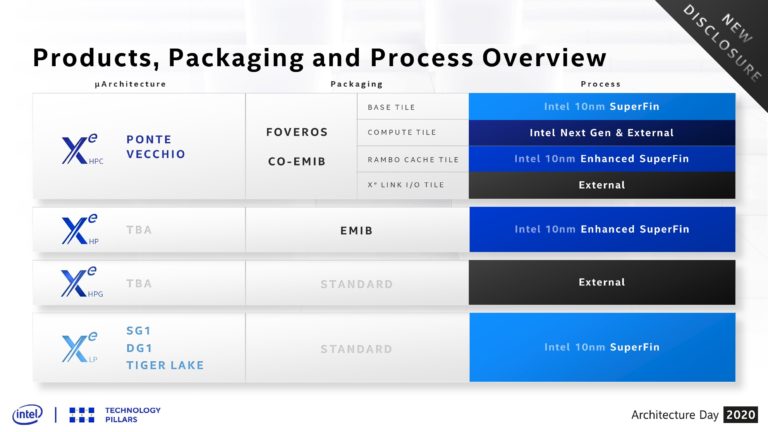 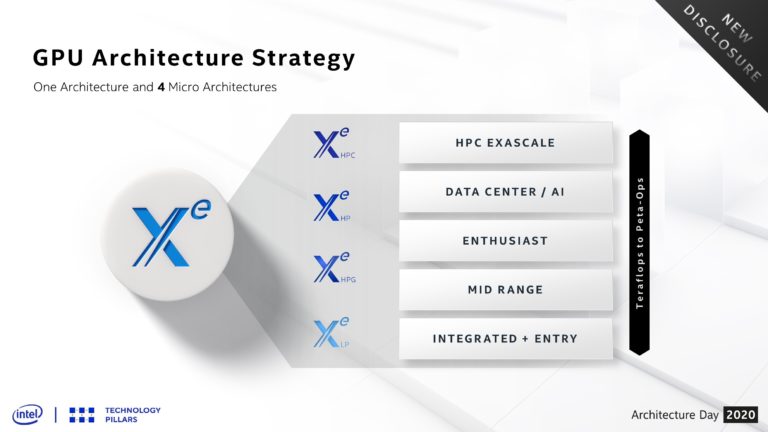 According to the leaked DG2 specs list, we should expect high-end GPUs with up to 4096 shading units and up to 16GB of GDDR6 memory. It is unclear which model the flagship DG2 model will compete with, but judging from the memory capacity, it could even be Radeon RX 6800XT or GeForce RTX 3080.

The series would also be offered with 3072, 2048, 1536, 1024 cores. Those SKUs would feature 12/6GB, 8/4GB, and 4GB memory respectively. The GDDR6 technology was already confirmed by Intel, so we do not expect any of those SKUs to feature older technology.

So far only the DG2 384EU variant has leaked. It’s a relatively small GPU with a die size of around 190 mm2. We can clearly see it is attached to 6 memory modules. This GPU should compete with Navi22 and GA106 GPUs, both equipped with 192-bit memory buses as well. 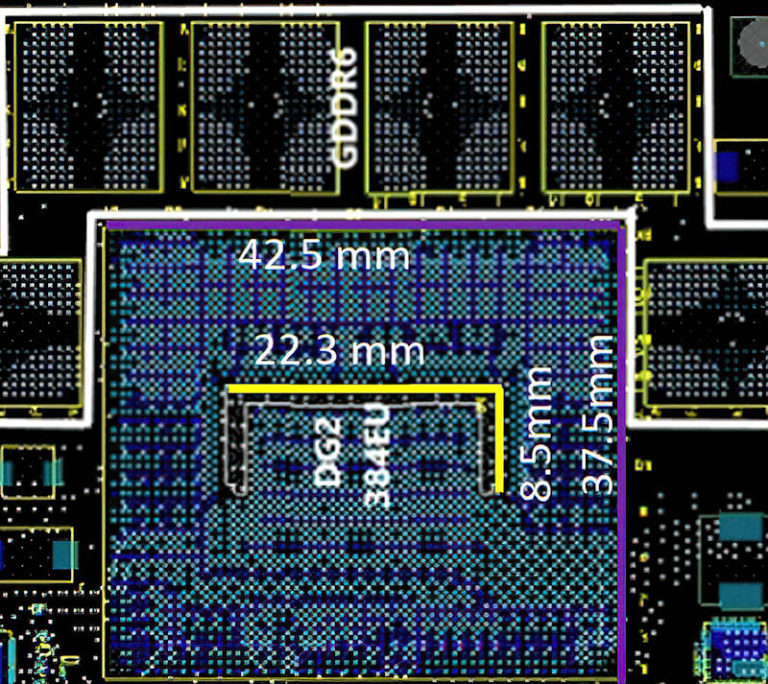