Sony Interactive Entertainment has decided to remove Cyberpunk 2077 from its PlayStation Store.

Last week has been a very busy and nervous time at CD Projekt Red headquarters. The game developer decided to launch its game on multiple platforms at the same time, a decision that had unforeseen consequences. As it turned out, the company abused customers’ trust who were eagerly awaiting a true next-gen open-world experience, only to receive a game riddled with bugs or heavily unfinished and unoptimized for last-gen consoles.

Social media were filled with messages from people who were refused a refund. They were asked to wait for a patch instead. This did not fit well CDPR statement who thought that the process should be effortless considering how badly optimized the game they released. Today the developer released a statement that both the developer and Sony agreed to suspend sales of the game through the PlayStation Store. The game is likely to return once all major bugs will be removed. However, no one, including CDPR, knows when will that happen. 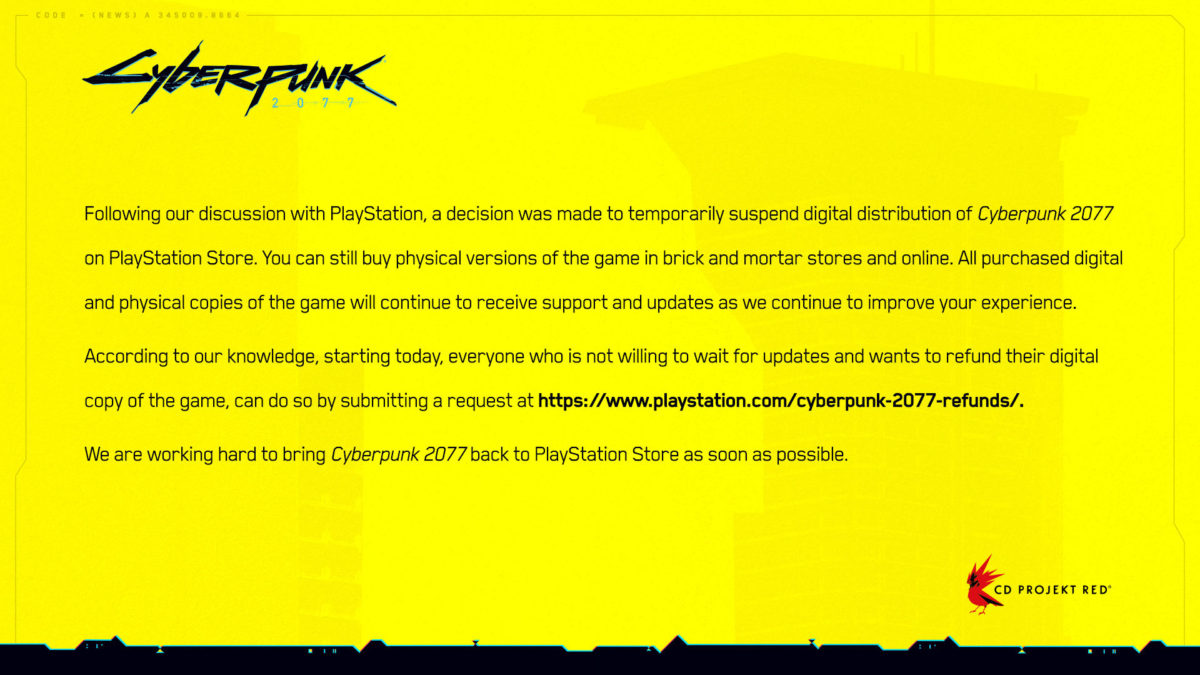