Sony PlayStation 5 Pro and new Xbox Series could be 8K capable with Radeon RX 7700 XT performance, according to TCL

According to TCL, Sony and Microsoft could unveil new consoles already next year.

Polish website PPE took part in TCL press conference in Poland. The TV maker outlined its expectations from the console gaming market and how it will prepare for the arrival of even more powerful devices. 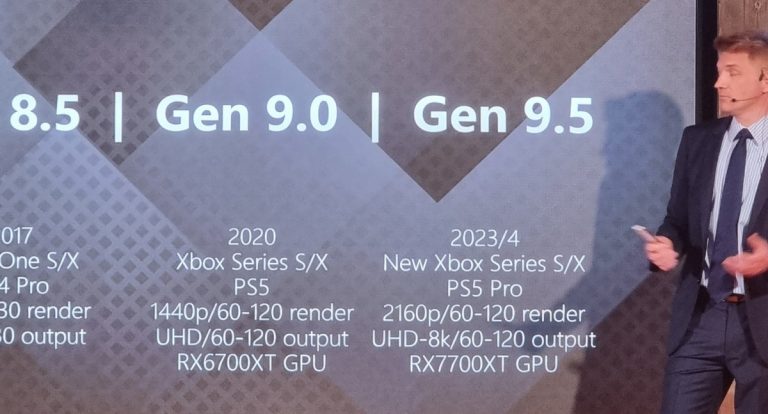 The 9.5th Gen of Sony and Microsoft consoles shouldn’t be considered next-gen. This mid-gen update would feature an updated model of both PlayStation 5 (possibly called Pro) and new Xbox Series S and X. The rumors about these consoles have started even before the current models were released. However, this is the first time a TV maker has provided its predictions.

The company expects that 8K capable devices could be unveiled with performance estimates of AMD Radeon RX 7700XT GPU. Naturally, this graphics card does not exist yet, however it is likely that it will be based on Navi 32 GPU with RDNA3 graphics. Thus far there is no confirmation on RDNA3 coming to consoles, but given how close were current gen consoles with RDNA2 graphics released to desktop Radeon series, this wouldn’t be a very fat-fetched prediction. 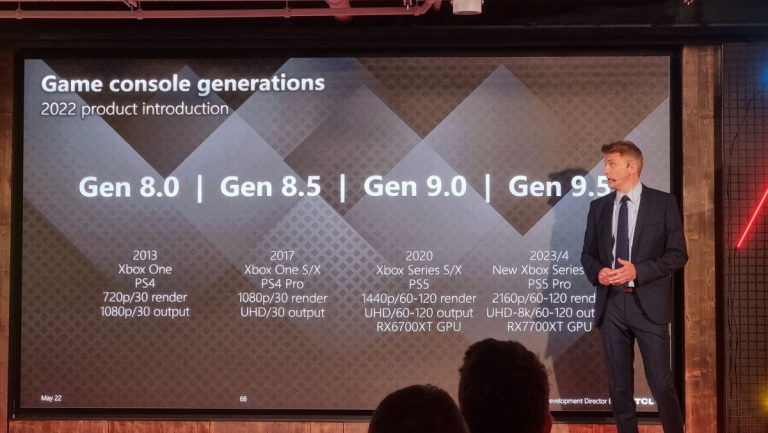 The render capability at 4K and output at 8K might depend on updated temporal upscaling techniques such as FidelityFX Super Resolution 2.0, supported by AMD RDNA architecture.

Both consoles would launch no sooner than 2023. The PS4 and Xbox One series took 4 years to get a mid-product-cycle update and 7 year for a successor. Neither Sony nor Microsoft have confirmed that such updated consoles are planned. AMD, who supplies its SoCs to both console makers have not made any comments either.