According to Angstronomics, a third model of PS5 console codenamed “CFI-1202” comes with a smaller SoC called “Oberon Plus”.

The latest variant of the Sony console features an updated SoC manufactured using TSMC 6nm process technology. This smaller node is compatible with 7nm node that has been used for Sony PS5 “Oberon” SoC until now.

The 6nm port of Oberon has the same design and introduces no changes to the processor configuration. That said, the underlying Zen2 compute and RDNA2 graphics architectures have not changed. 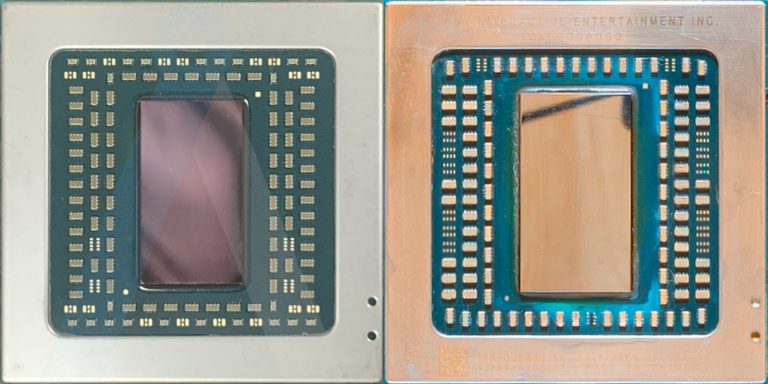 The discovery of the new SoC comes weeks after first reports of the new console variant that has been spotted in Australia. As it turns out, the new version not only has upgraded internals, such as a new mainboard, smaller and lighter cooler, but also an updated silicon powering the console. A full teardown of the 3rd variant of PS5 console has been posted by Austin Evans earlier this month.

The design and specifications of Oberon Plus are identical to the 7nm variant, however the chip is smaller, around 260 mm² compared to the original 300 mm². These changes mean that the console requires less power and less demanding cooling solution.

For AMD and Sony, this also means that more chips can be made with one wafer, so the estimated production cost of the updated console could be up to 12% lower. Microsoft Xbox Series, which are also based on 7nm AMD SoC, are to be updated with 6nm designs in the future as well.