It is very important to note that this is not a review. The data is not sustained by any physical evidence such as a photo of the Intel Core CPU. Thus, the preview is not based on an independent test but rather collected from the results obtained by the software developer from engineers and reviewers who already have the processor and are actively testing it.

The data is also not attached to any platform, such as memory configurations, motherboard, and their BIOSes. We have learned with the early Rocket Lake-S (11th Gen Core) series reviews how important was the choice of the final BIOS. That said, the results may and probably are not representing the final state of the CPU.

In some tests the Core i9-12900K matches the i9-11900K CPU, sometimes offering lower performance. The charts are missing a lot of data because the tests were simply not performed by the people actually testing the CPU. Only three charts have been compiled, while the rest is clearly a leftover from the copy-paste of the previous reviews. It appears that this article was not meant to be posted at this moment, otherwise, it contains a lot of missing data and charts.

Despite those facts, the CPU shows strong AVX2 performance while it does not support AVX512 instructions. The Sandra software has been optimized for hybrid architectures and it will work even on Windows 10. 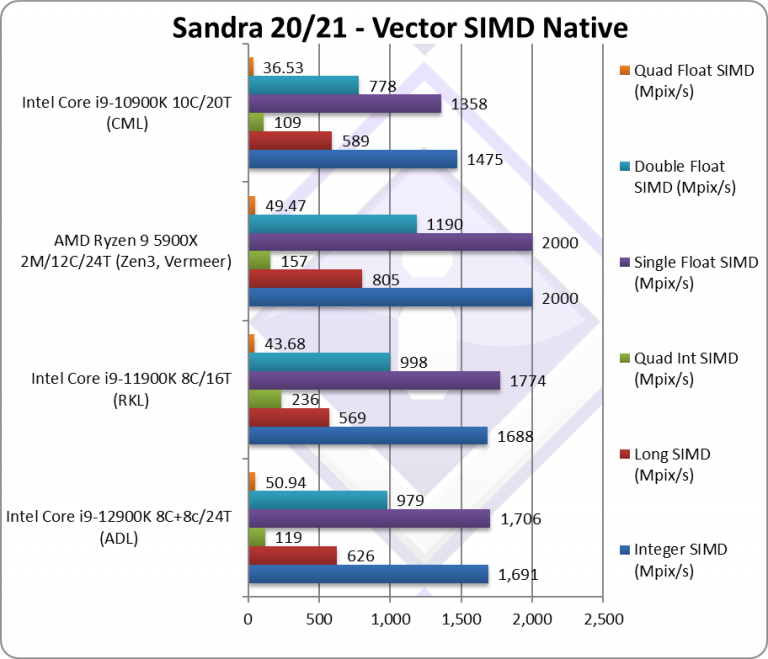 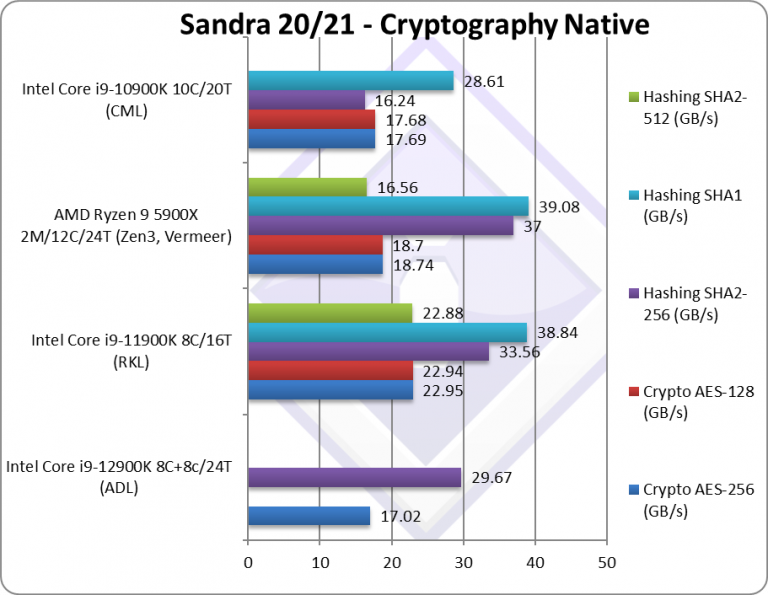 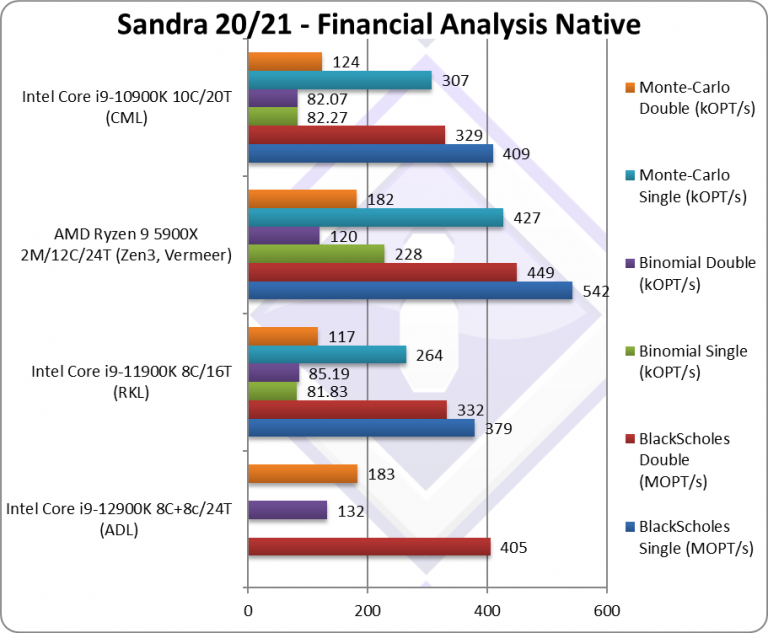 Intel Alder Lake-S will launch in November with the announcement expected at the Innovation event on October 27th. The series will introduce a new heterogeneous architecture featuring Golden Cove and Gracemon microarchitectures combined into a single desktop CPU. Alder Lake CPUs will support either DDR4-3200 or DDR5-4800 memory as well as the latest PCI Gen5 interface. The new CPUs will require new motherboards which are equipped with LGA1700 sockets.

The motherboards used in this preview are not named. However, parts of the data are likely based on the individual tests which were discovered just recently. With that in mind, some results may be coming from Windows 11 and Intel reference platform and the other tests from Windows 10 and ASRock Phantom Gaming 4 test.

The table below was posted by SiSoftware in (now) removed article:

Source: SiSoftware (link down) via @TUM_APISAK