Seasonic’s wattage calculator which is used to estimate PC power requirements now lists AMD’s unreleased graphics cards from Radeon RX 7000 series, as discovered by SkyJuice. This information could theoretically be based on real information supplied by AMD before the release, but it is more likely to be a placeholder based solely on the company’s predictions.

However, just assuming that this data is based on correct information, the RX 7900XT would require 750W power supply if only GPU was used and 850W with 8-core Ryzen CPU. The RX 7800XT has the same requirements, while the RX 7700 XT would need 100W less power.

Those targets are about the same as the current generation, further suggesting that someone has simply copy-paste’ed SKUs from the previous series. 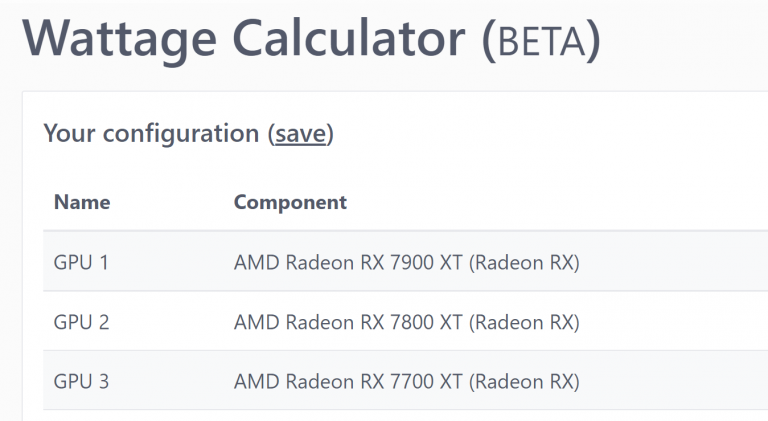 More interestingly, Seasonic’s recommendations might at least confirm that next-gen Radeon RX 7000 series would not use the 16-pin power connector, as recommended power supplies lack native support for this new 600W connector. This would not be surprising though as earlier rumors suggested the RDNA3 desktop series started before the new power connector standard was finalized.