XMG representative has confirmed that the upcoming Ryzen 4000 series are slated to be compatible with the B450 chipset.

In an official Reddit thread, XMG representative provided a lengthy introduction to XMG APEX 15, a notebook featuring support for desktop Ryzen 3000 processors. This high-end gaming laptop is equipped with a B450 motherboard which supports AM4 CPUs with TDP up to 65W (such as Ryzen 3950X in Eco Mode).

AMD is expected to launch its Zen3-based Ryzen 4000 series later this year. The series is slated to utilize a 7nm fabrication node (which was previously referred to as “7nm+”). These should be the last AM4 socket compatible series.

Since many people were wondering if the APEX 15 will be a future-proof choice, considering this is a barebone system, XMG rep provided answers to many frequently asked questions. One of such is compatibility with future Ryzen 4000 processors. In the official specification sheet, XMG ‘confirmed’ that APEX 15’s B450 motherboard should be compatible with the new Ryzen series via Microcode Update.

This is pretty much what already happened with B450 and Ryzen 3000 support, as BIOS updates were necessary to enable with Ryzen 3000 processors support. Some motherboard vendors even released B450 motherboards with bigger BIOS chips to cover a wider range of AM4 processors (MSI MAX). Others have restricted support for low-end processors with BIOS upgrades.

AMD has not confirmed when the B550 motherboards will be available, but we are seeing a lot of rumors about the series and we expect them in the next couple of weeks. Compared to B450, the B550 should fully support PCIe 4.0, however, that shouldn’t really matter to notebook makers, as PCIe 4.0 compatible graphics offer is severely limited. 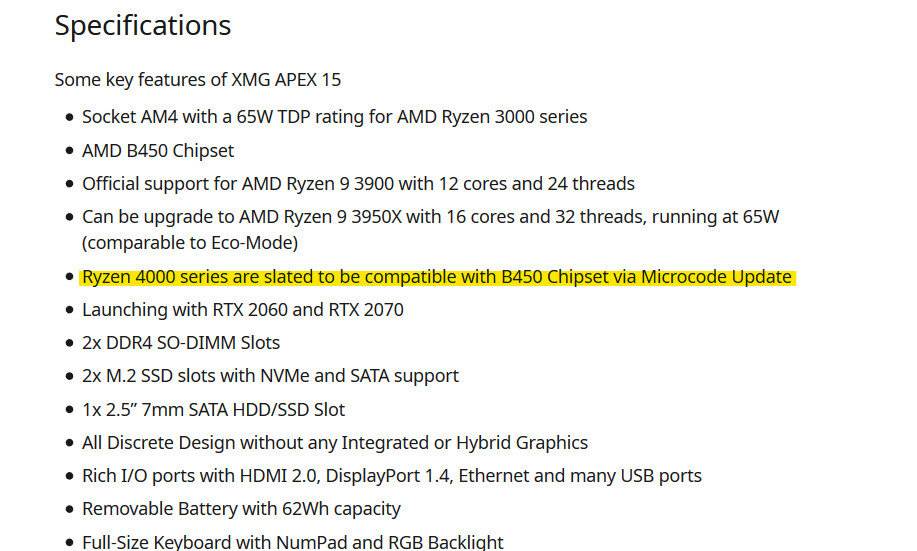 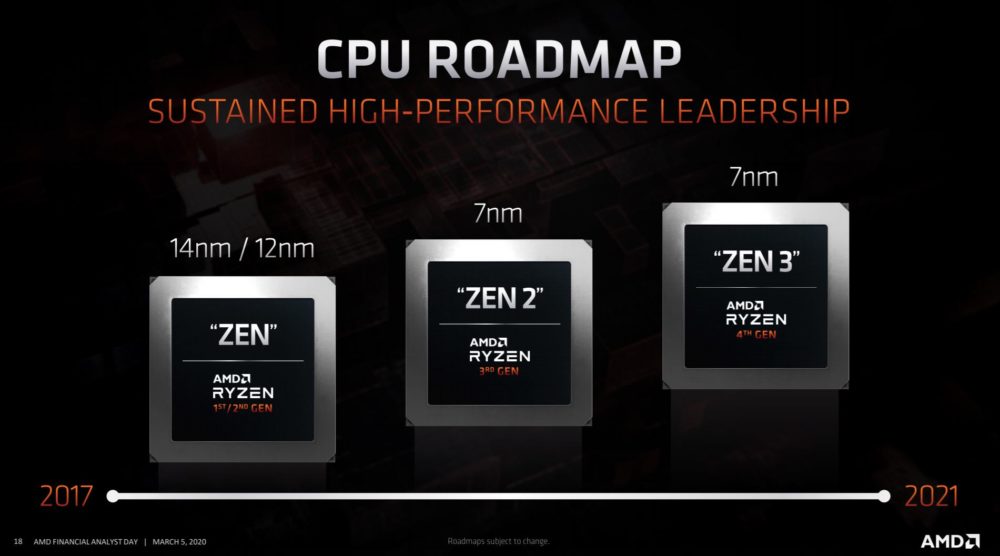