When scalpers face the reality

Scalpers are struggling to sell RTX 4080 GPUs, even at MSRP.

It is not secret anymore that RTX 4080 is a poor sell. This overpriced high-end GPU has been met with cold response from the gaming community and even NVIDIA enthusiasts. Both equally tired of 2 years of PC hardware shortages and overpriced GPUs. 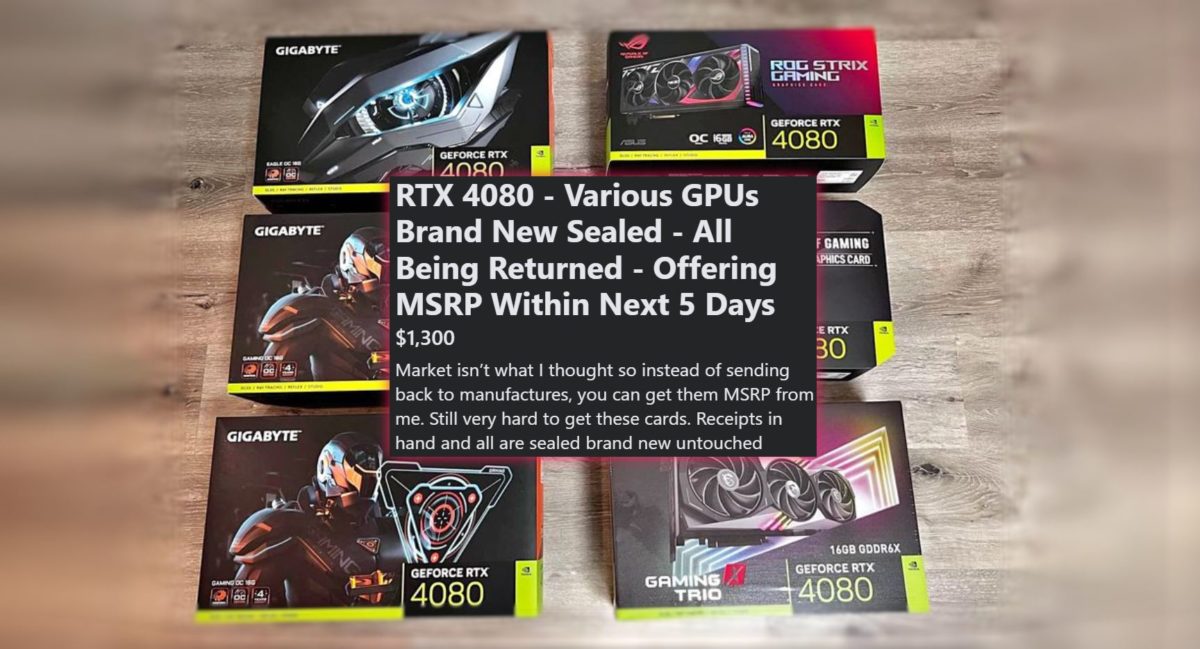 With the release of new cards, everyone was counting on something more affordable to appear soon. But what NVIDIA did instead was to cancel the cheaper $899 RTX 4080 12GB model essentially leaving both available RTX 40 GPUs at $1200+ price range.

The gamble to buy RTX 4080 at launch has not paid off for scalpers. One of them who purchased six RTX 4080 graphics cards is now selling each card at MSRP (actually still a bit higher), but there is a good reason why. Retailers have enough stock of RTX 4080 cards for gamers to consider paying just a little more to get full warranty. Furthermore, the scalper still needs to pay for the shipping of the cards back to the retailer, not to mention any possible restocking fees.

The problem of scalpers returning cards has become so big that some retailers are now removing the option to apply for refund (spotted by Moore’s Law is Dead): 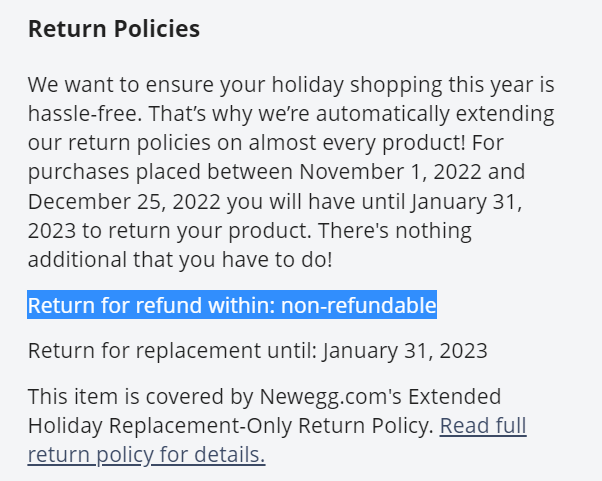 With more RTX 4080 cards coming to the market each day, and the imminent launch of Radeon 7900 series, scalpers will have to make a tough decision, either to return the cards they never should’ve bought (while they still can) or sell them at a loss.