Sapphire is set to release a newer version of NITRO+ based on the Navi 10 graphics processor.

NITRO+ with a special RGB treatment

A model codenamed NITRO+ SE will feature ARGB fans already preinstalled, a kit that is currently available as a separate purchase. The kit features two 95x15mm fans and one 87×13.5mm fan. All fans are translucent and they have addressable RGB lighting.

This model is also expected to be faster than the original NITRO+ with a peak clock of 2035 MHz (vs 2010 MHz). This puts NITRO+ SE at the second place for the fastest RX 5700 XT model (only loosing against Taichi from ASRock).

The new card will be available on November 15th for around €499.

Update: Caseking.de already has the card listed on their website. 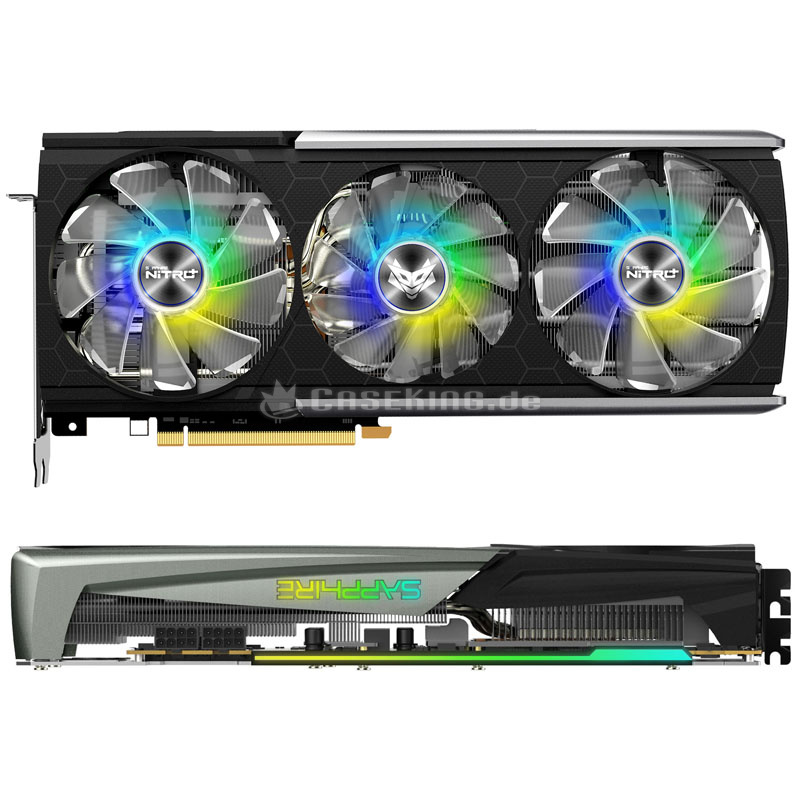 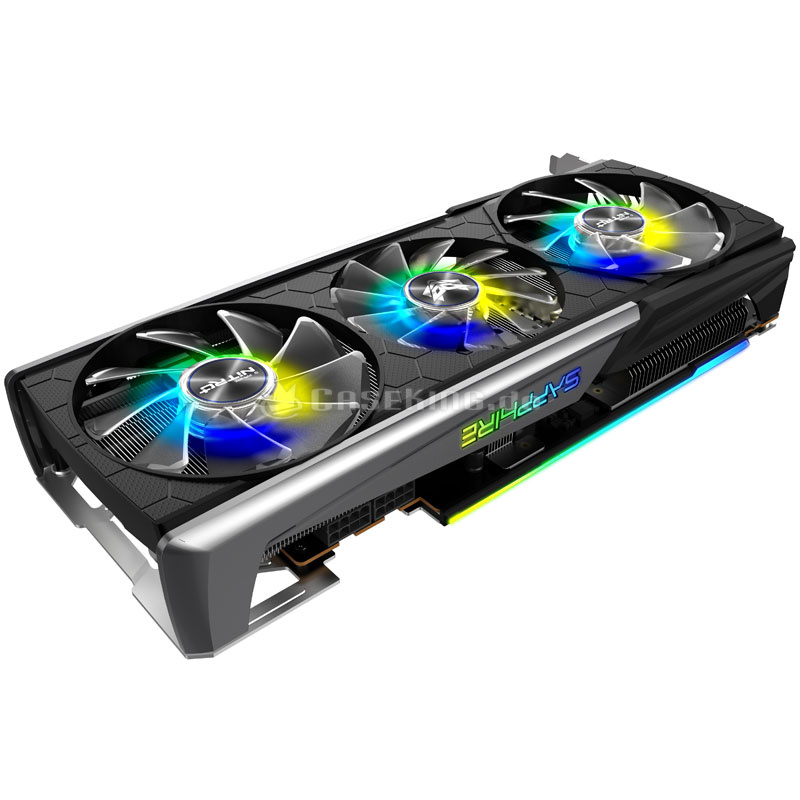 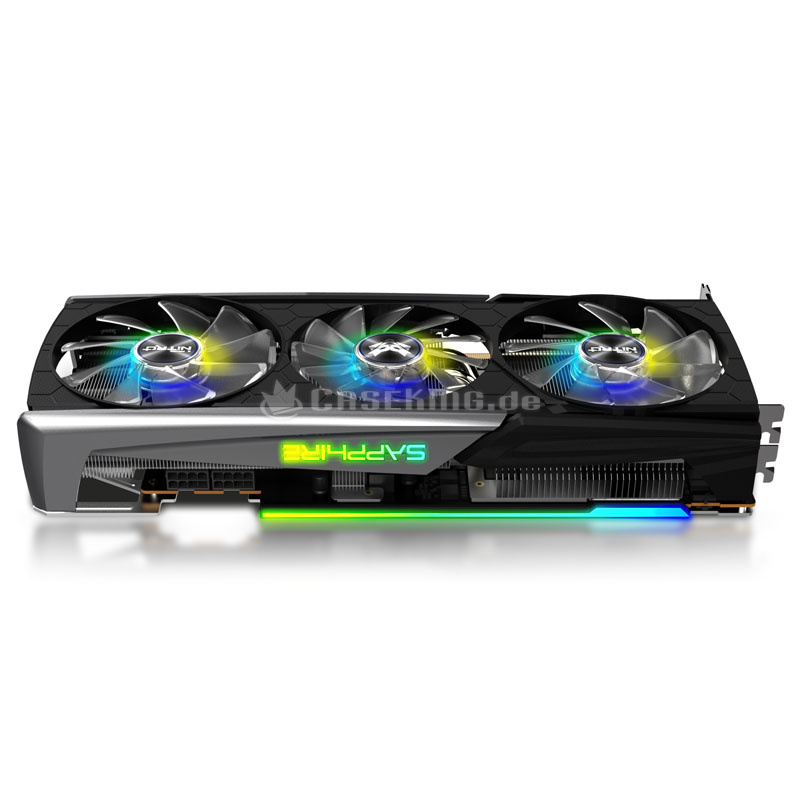 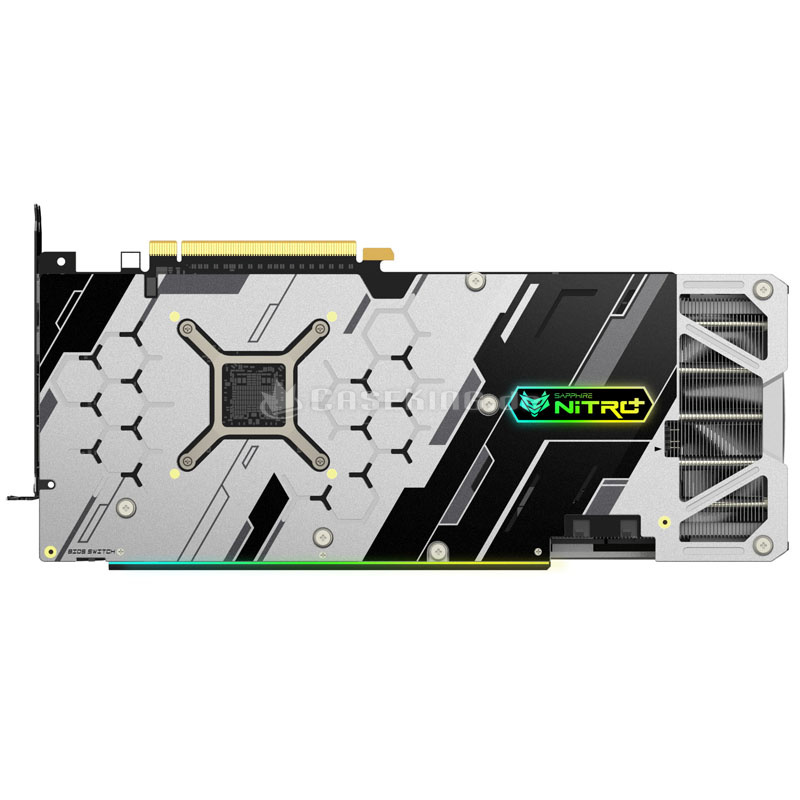 The NITRO+ SE vs NITRO+:

This kit is preinstalled on NITRO+ Special Edition: 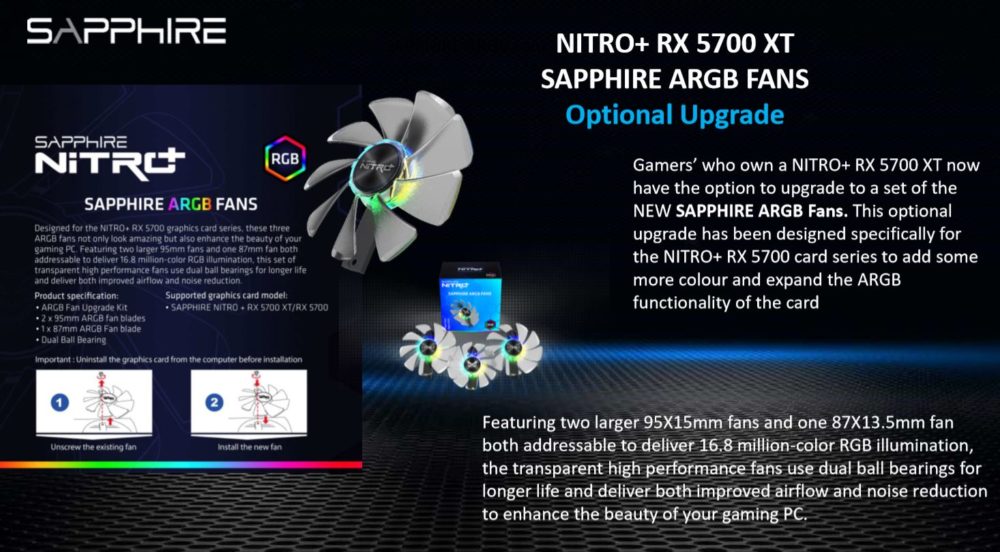