Sapphire’s flagship series called NITRO will soon be upgraded with a new model. The teaser posted by Sapphire clearly labels the new card as Radeon RX 6800XT. AMD had so far only allowed AIBs to customize Radeon RX 6800XT and non-XT models, with the unclear situation regarding the RX 6900XT. All these cards use essentially the same board design, so technically upgrading this design to 6900XT should be a non-issue.

The RX 6800 XT NITRO+ is kept in a black color scheme, or so does the teaser seem to indicate. The cooling solution is a triple-fan, which has become a standard for the NITRO+ series. Both Radeon RX 5700XT NITRO+ and Radeon RX Vega 64  NITRO+ were using triple-fan coolers.

Custom Radeon RX 6800XT models are to be expected near the end of this month. These cards will not launch at the same time as reference models (which will launch on November 18th). According to our sources, AIBs will be allowed to launch their cards a week or so later.

AMD Radeon RX 6800XT features 4608 Stream Processors with 72 Ray Accelerators, 288 Texture Units and 128 ROPs. The card is equipped with 16GB of GDDR6 memory clocked at 16 Gbps. The graphics card is also equipped with 128MB of Infinity Cache that will boost the memory bandwidth beyond 512 GB/s. The MSRP for RX 6800XT is 649 USD, but the Sapphire NITRO+ is likely to cost more. 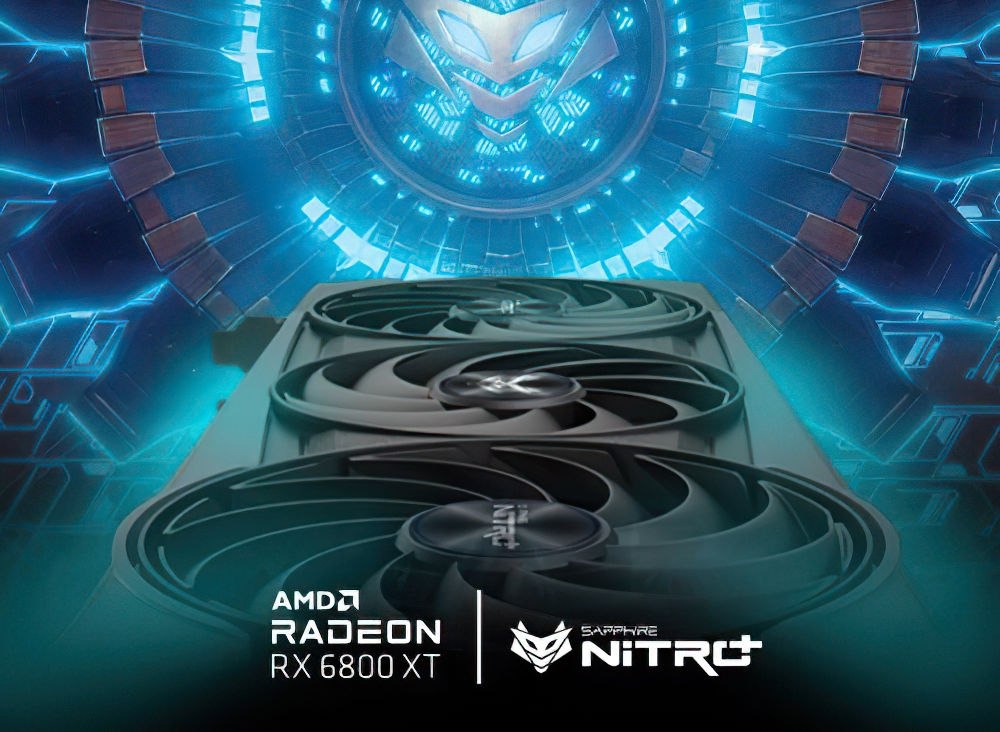