The just-announced higher-binned Sapphire TOXIC graphics card is now being listed by multiple retailers in Europe. For those who considered buying this model, we have some bad news.

The RX 6900 XT Toxic Extreme which features pre-binned Navi 21 XTXH GPU and higher clocks than the regular Toxic model, is now listed in Europe for the price fro 2599 EUR to 4160 EUR. That’s a lot more than RX 6900 XT MSRP of around 1029 EUR (depending on the country’s VAT). The MSRP of one of the most powerful and feature-packed models is therefore doubled or even quadrupled compared to MSRP. 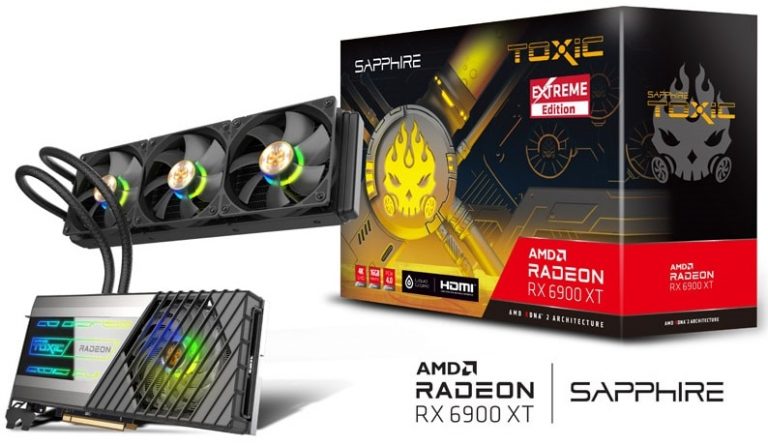 Sapphire RX 6900 XT TOXIC Extreme is an enthusiast card with a pre-installed liquid cooling solution. The graphics card features an all-in-one cooler with a pump and 360mm radiator. It is truly a beast of a graphics card that can sustain very high clock speeds. Sapphire officially announced that Toxic Extreme has a boost clock of 2730 MHz in its factory-overclock mode. That’s 480 Mhz higher than RX 6900 XT reference boost clock.

Such specifications come at a cost of non-standard power requirements. This model is equipped with a dual 8-pin and a single 6-pin power connector (8+8+6). It is required to provide nearly 430W of power to the GPU, which is normally rated at 300W (AMD reference specs).

The Sapphire RX 6900 XT TOXIC has not been reviewed yet, but you can check a review of the non-extreme variant which is clocked a bit lower at 2660 MHz here by KitGuru. 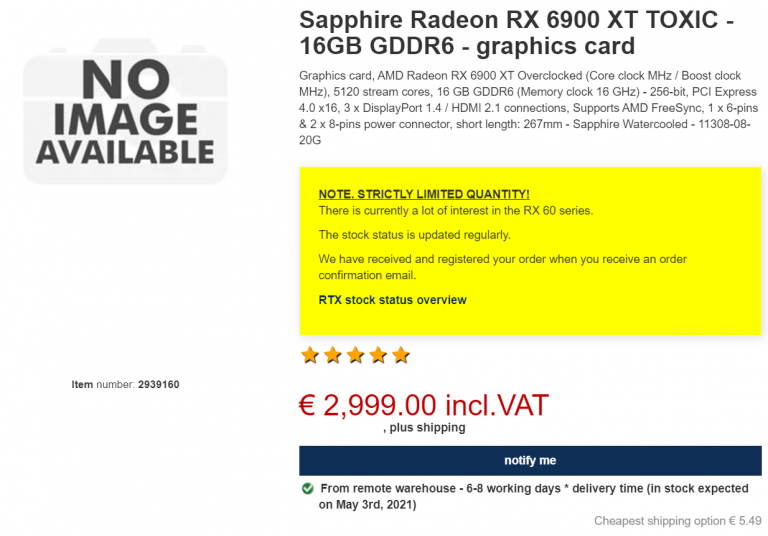