Miners should not worry, Sapphire got them covered with a dual Radeon RX 570 graphics card

Yet unseen unreleased mining card from Sapphire has been pictured for the first time.

This graphics card is equipped with dual Radeon RX 570 GPUs on a single board. The RX 570 AMD SKU was known as one of the best mining GPUs at the time, offering 2048 Stream Processors and 8GB of memory at 150W TBP. This mid-range model was equipped with a 2nd Gen Polaris GPU (Polaris 20XL) also known as Ellesmere. It appears that Sapphire managed to squeeze two RX 570 GPUs on a single board, at lest that what newly leaked photos seem to suggest. 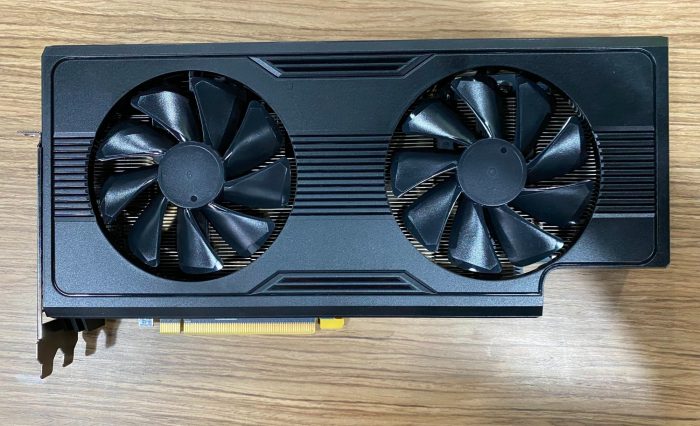 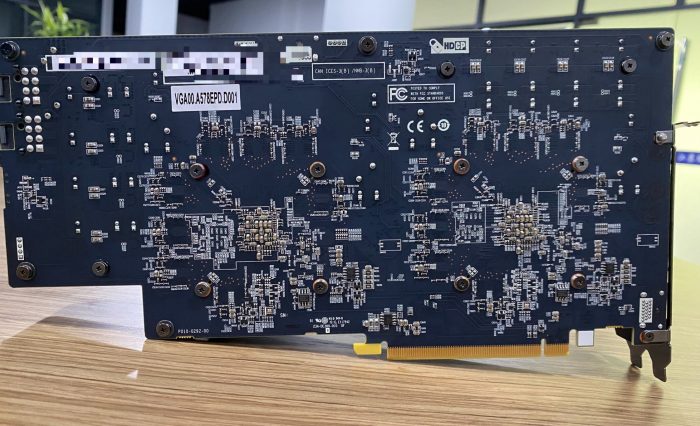 The graphics card is not fully recognized by the GPU-Z software, but it confirms it is based on Radeon RX 570 GPU. The original poster also provided mining performance (presumably in Ethereum mining) alongside power consumption figures from the mining software. According to the software, this GPU has a power consumption of 78 (GPU1) +78W (GPU2), a total of 156W, however, similarly to the recent Radeon RX 6600 XT mining figure, this might just refer to the ASIC power, while actual consumption of the whole board might be anywhere from 20 to 40W higher.

The graphics card achieves a 59.69 MH/s hashrate combined from two GPUs. Those figures are not that impressive but comparable to RX 6600 XT  achieving 32 MH/s at 75W (total power) after optimizations. 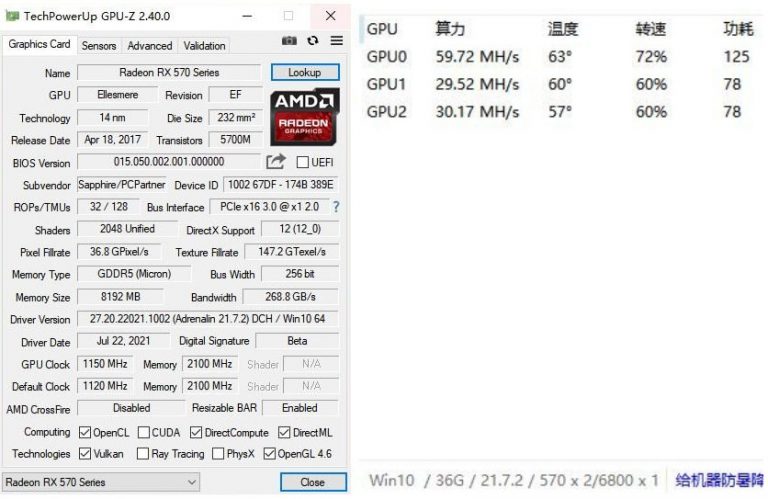 The fact that this is a Sapphire card, is not actually straightforward. No company selling consumer gaming GPUs wants to be associated with mining hardware, yet Sapphire was one of the biggest suppliers of mining solutions during the previous Bitcoin craze. In this case, Sapphire’s logo can still be found on a choke hidden under the heatsink. We can also be sure that this is a mining card since it only offers a single HDMI port. Lack of display connectors or them being limited to just one is a dead giveaway that we are looking at mining cards. 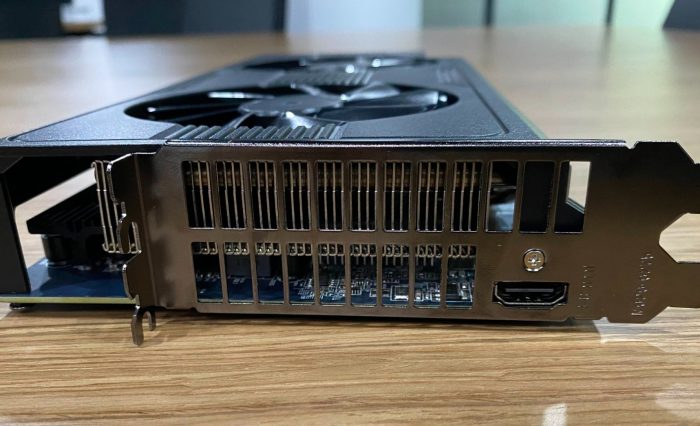 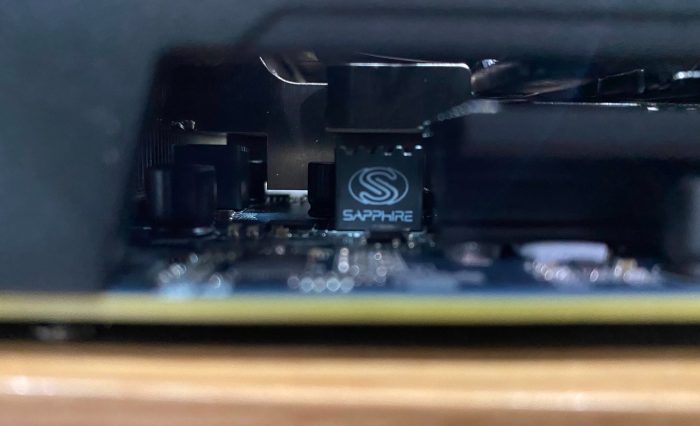