Cryptominers Bahrain is boasting about a new shipment of graphics to their warehouse. 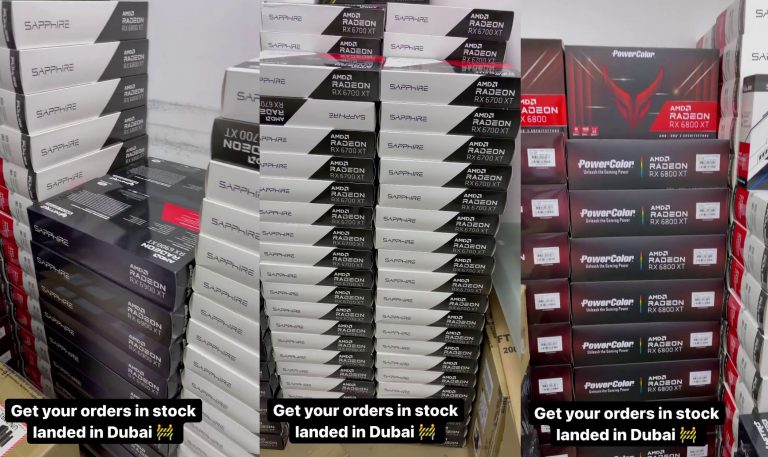 The company located in Bahrain and Dubai has revealed it received a fresh shipment of PowerColor, Sapphire, and XFX graphics cards, none of which will be used for gaming. The retailer specializes in building cryptominig rigs and cryptofarms. They also offer ASICs for cryptomining, but the GPU mining rigs are where the money clearly is.

While the company also shared pictures of GeForce RTX and GTX models, their latest video shows tens of boxes featuring the latest mid-range to high-end Radeon SKUs such as RX 6700XT and even RX 6900 XT. The company also confirmed it received a shipment from XFX featuring Radeon RX 580 8GB model, which still has enough memory for Ethereum mining and other cryptcoins alike.

It is truly disgraceful behavior by distributors to deliver such a large number to companies specializing in building mining hardware when gamers are struggling to find cards in stock. Unfortunately, no serial codes were shown, which makes it much harder to trace the source of the shipment. However, we believe that those are involved in this procedure should be named regardless of how those cards have ended up at this warehouse. 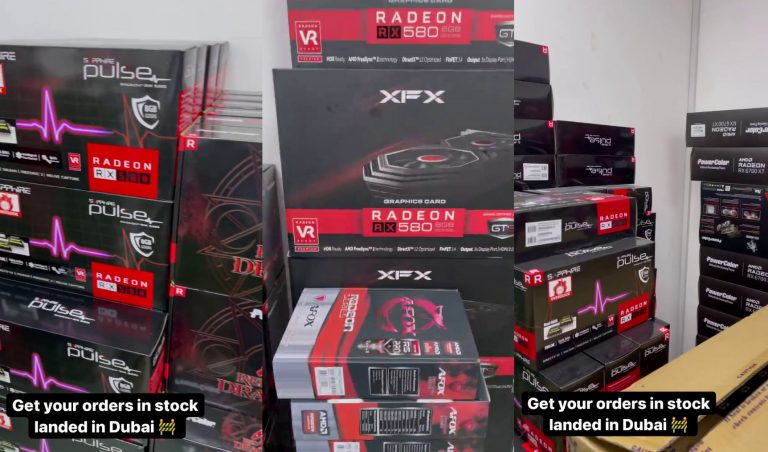 The video has been reposted by YouTuber coreteks:

Where are all the GPUs at? https://t.co/v2dlHysG3G on instagram seems to have quite a few of them. I wonder how they got so many ? pic.twitter.com/grCenRwAbo