Sapphire X080 and X060 mining cards based on RDNA2 architecture

El Chapuzas Informatico has pictures and information on Sapphire’s RDNA2 based mining cards.

AMD board partners are actively selling GPUs to miners, except they do not disclose this information publicly to avoid complaints from their fans. Those mining cards are not listed on any manufacturers’ website, so the details on them are not always available. Luckily for us, El Chapuzas Informatico gained access to two datasheets from Sapphire, featuring GPRO X080 and X060 models. 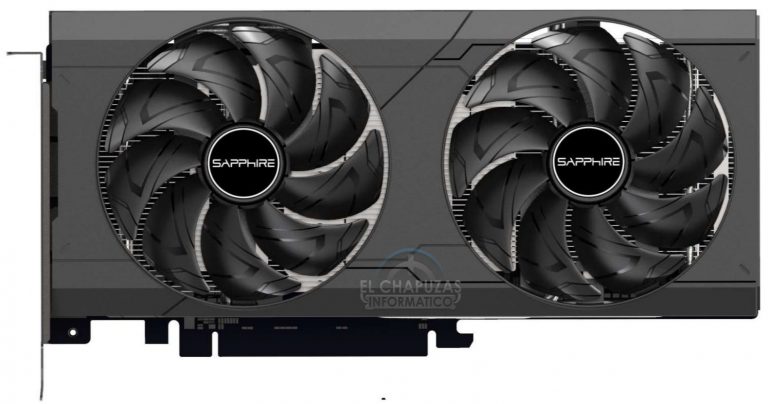 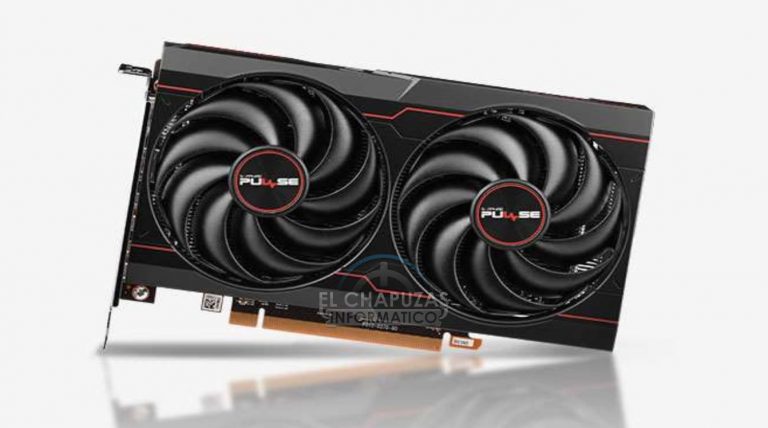 Although the Sapphire GPRO series is more commonly known as workstation solutions, these cards have nothing to do with professional work. The GPRO X080 and X060 are cryptomining cards and only that. Sapphire’s own datasheet specifically mentions the hash rate could deliver in Ethash (Ehtereum algorithm):

The X080 is based on Navi 22 GPU with 2304 Stream Processors clocked at 2132 MHz. The card has 10GB 160-bit GDDR6 memory clocked at 16 Gbps. It is attached to PCIe Gen 4.0 x16 interface and only works in Linux operating system. The X080 is a headless card, in other words, it has no display connectors so it cannot be used independently.

The GPRO X060 is Navi 23 XL based with 1792 Stream Processors. It offers a boost clock of 2044 MHz and a memory clock at 14 Gbps. This model is using 8GB GDDR6 memory across a 128-bit interface. Unlike the X080, the X060 has DisplayPort and HDMI, so technically they could be repurposed later for computing work.

According to El Chapuzas, the X080 costs 750 EUR, while X060 retails at 550 EUR. It is being offered directly to big mining farms, so these cards are not even listed by any retailer. It should also be noted that Sapphire already launched GPRO X070 fanless GPU, which was based on Navi 10 GPU, although that card was not specifically advertised as a mining solution. 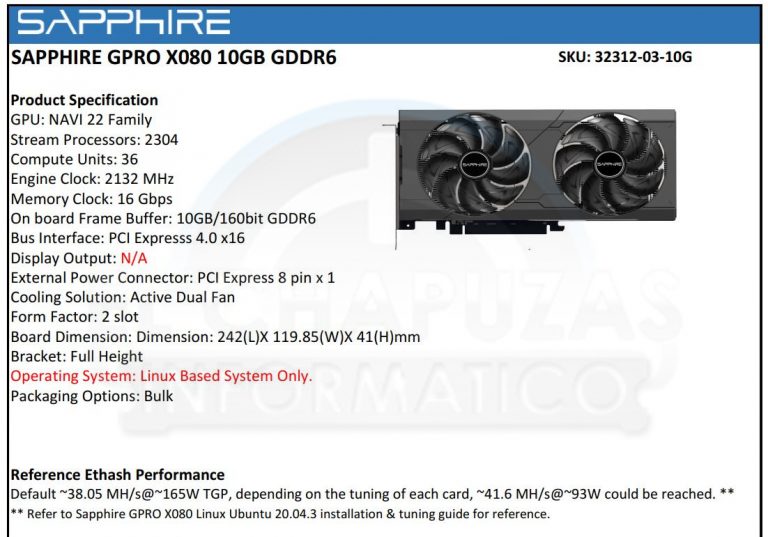 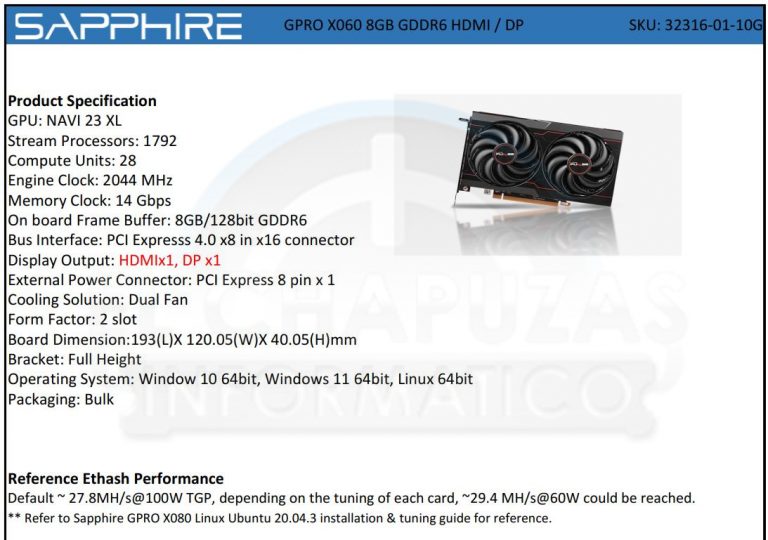