The South Korean mobile giant is yet to formally introduce the first mobile devices based on its in-house Exynos processor. However, the company has already announced its Exynos 2200 System on a Chip outfitted with AMD RDNA2 GPU.

This month started with rumors about next-gen Samsung’s chip encountering thermal throttling issues and as a result a necessity to substantially downclock the processor. Those rumors are yet to be confirmed because Samsung has not publicly confirmed the frequencies. This is despite introducing the new processor itself. The company did not provide any performance figures nor clock speeds of its CPU and GPU yet.

Unfortunately, neither did the newly-leaked entries on Geekbench benchmark pages provide information on this subject. The new Exynos chip is listed with a clock speed of 555 MHz, which is way lower than it should be, and unlikely to be the correct frequency. The Xclipse 920 GPU is recognized as GFX1040 GPU, which confirms it is part of the AMD RDNA2 product family. 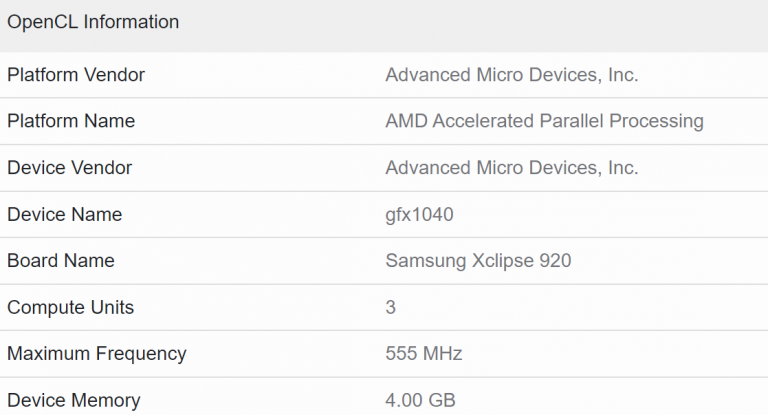 Samsung Exynos 2200 features a 1+3+4 core design. The most powerful core is based on ARM Cortex X2 design, the triple-core setup is Cortex A710 while the four power-efficient cores are Cortex A510 by design. The graphics are powered by Xclipse 920 GPU which is based on AMD RDNA2 graphics IP. The exact specs are not known but the rumors have suggested it might be equipped with 6 Compute Units, which gives 384 Stream Processors. 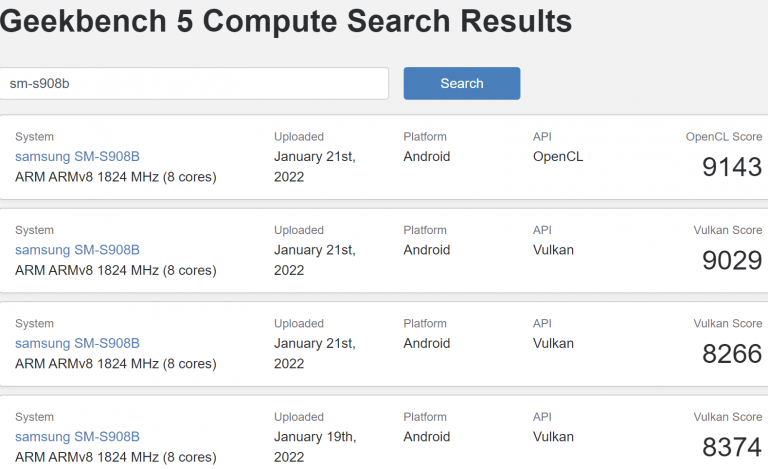 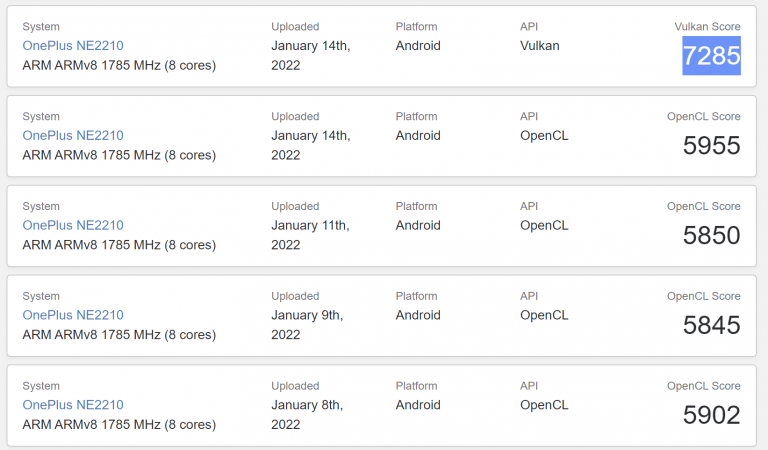 Samsung has not yet confirmed which devices will be outfitted with Exynos 2200 GPU, but one would guess that the international version of the Samsung S22 series might be among the first. The company is now expected to host its Galaxy Unpacked 2022 product launch event on February 9th, a date which has been suggested by two leakers so far. However, Samsung is yet to confirm this date.