Despite a loud teaser campaign on December 30th, Samsung did not announce its new Exynos SoC as planned.

Last month, the company uploaded a video teaser titled “Playtime is over”. It was part of the marketing campaign for its new Exynos 2200 SoC featuring AMD RDNA2 GPUs. This new SoC is a fruit of both companies’ collaboration, which is why the expectations were high.

Little did the fans and the media know that Samsung will suddenly go dark and remove any references to said campaign. Not only did the teaser on social media go down, but also a dedicated website for this event. 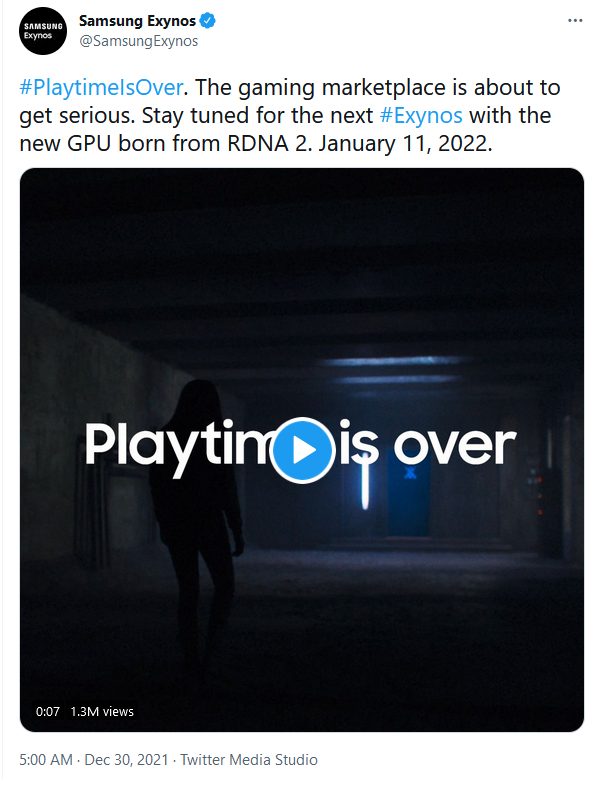 Only a day later Samsung confirmed it had to reschedule the launch of Exynos, but the company did not explain why. Contrary to the reports, however, the company did confirm though that there are no problems with the production or performance with the chip.

“We are planning to unveil the new application processor at the time of launching a new Samsung smartphone. There are no problems with the AP’s production and performance.”

During its 2022 Product Premiere, AMD CEO Dr. Lisa Su reaffirmed that Samsung Exynos SoCs will get RDNA2 graphics. She also mentioned that those graphics are coming to flagship SoCs. This does not necessarily mean flagship phones, such as Samsung Galaxy S22 series, though. 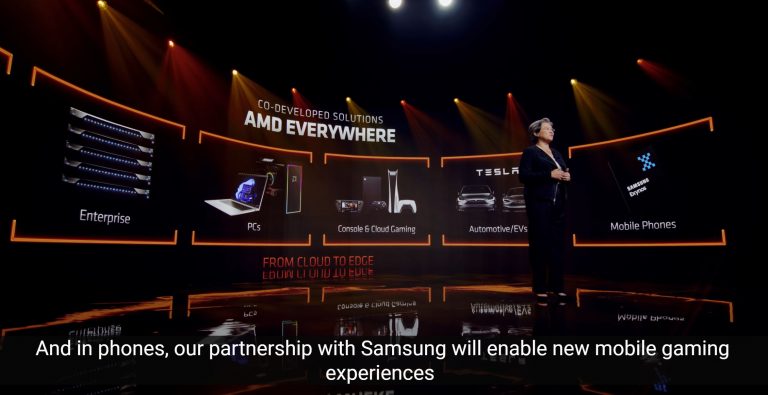 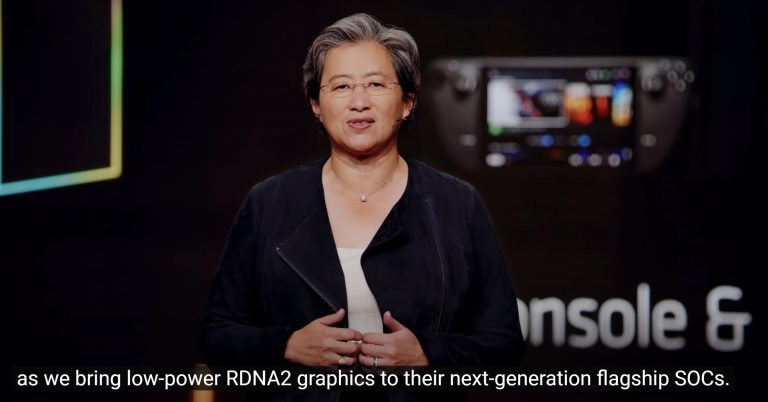 Since Samsung is unable to provide a simple answer to the sudden disappearance of its RDNA2 marketing campaign, prominent leakers take command of the narrative of what is happening with the Exynos/RDNA2 processor.

Samsung reportedly encountered issues with integrated graphics frequency, claims “Ice Universe”. From the initial target of 1.9 GHz, the chip has been subsequently lowered to 1.3 GHz. The company is allegedly working around the clock to at least reach the 1.49 GHz frequency target. claims the leaker.

According to the same leaker, Samsung Exynos 2200 with RDNA2 GPU is to feature 384 Stream Processors (6 Compute Units), which is indeed a lot fewer than the just-released Radeon RX 6500XT with 1024 cores and also Valve/AMD Van Gogh APU with 8 CUs. However, this new mobile chip is to use more advanced Samsung 4nm process technology and could theoretically offer a lower power footprint than 7nm and 6nm products.

The company is now set to announce its flagship Galaxy S22 series on February 8th during its “Galaxy Unpacked 2022” event.