According to Ice Universe, Samsung’s Exynos 2200 SoC for the next-gen flagship Galaxy series is to feature 6 Compute Units.

According to the diagram, Exynos 2200 would feature 6 Compute Units. Assuming that each still carries 64 Stream Processors, just like any other RDNA2 GPU, that would mean 384 Stream processors, which is a lot fewer than any low-power mobile RDNA2 GPU. While the GPU core count has decreased from Exynos 2100 (offering 14-core Mali-G78 GPU), 6 CUs are still more than Apple’s M1 4-core GPU configuration. However, neither of these architecture should be blindly compared, as they are based on a completely different architecture. 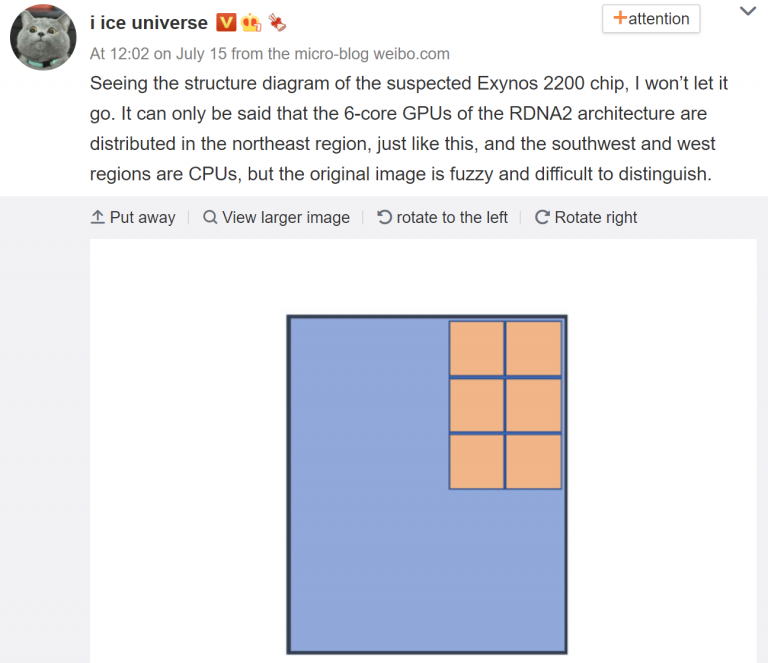 The leaker had already revealed the ‘Pamir’ codename of the Exynos 2200 chip as well as ‘Voyager’ which refers to the RDNA2 GPU in the same chip. This SoC is expected to launch in first products beginning next year, however, it is expected that Samsung and AMD will make formal announcements much sooner.