The upcoming chip for Samsung Galaxy S and A 2022 series will feature ray tracing acceleration.

AMD and Samsung announced a partnership to bring Radeon graphics to ultra-mobile form factor. The next-generation Samsung Exynos, the in-house design of System on a Chip, will be equipped with an RDNA2-based graphics subsystem.

On Weibo (a Chinese media platform) official account for Samsung Exynos confirmed that the next-gen Exynos will support ray tracing technology. This likely means that the chip will be capable of hardware acceleration of ray tracing to some degree. The RDNA2 GPU in Exynos 2200 is now rumored to feature 384 Stream Processors, which means 6 Compute Units and assuming that the design is similar to desktop discrete GPUs and this mobile implementation of the architecture, with 6 Ray Accelerators.

The Exynos 2200 codenamed “Pamir” is now expected to be an 8-core chip with 1 high-performance core, 3 mid-sized cores, and 4 high-efficiency cores. The integrated RDNA2 GPU is reportedly codenamed Voyager.

The picture that was shared by Samsung is for reference only (taken from an online image stock), Ray Tracing surely does not add burning cars to the scene. 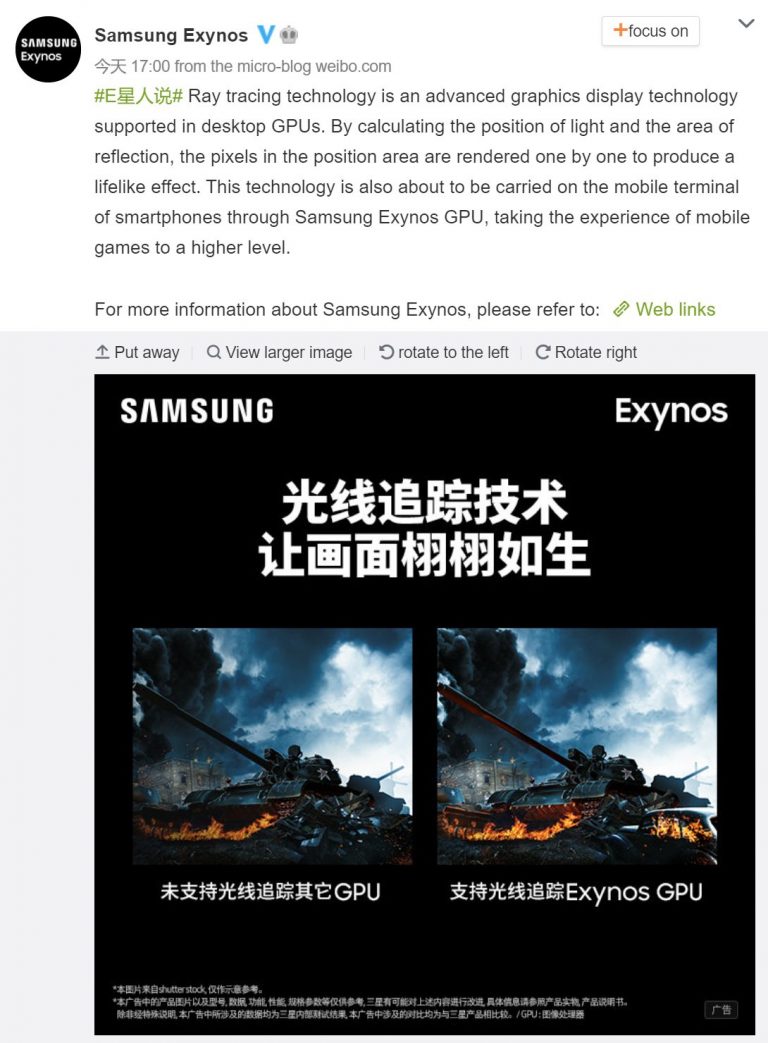