AMD’s Threadripper 3000 received PCI-SIG certification on August 23rd, which was spotted by momomo_us. This entry confirms PCIe 4.0 support for the new HEDT platform.

Meanwhile, Benchlife suggests that AMD Threadripper might arrive around November.

We have not heard any confirmed date for Threadripper 3000 launch yet, but we promise to keep you posted.

Just last week we reported on two ASUS TRX40 motherboards. Today, MSI submitted two motherboards to EEC, both featuring yet unannounced, TRX40 chipset. This chipset is believed to be one of the three variants for the upcoming Threadripper 3000 series.

MSI is planning TRX40 PRO 10G and TRX40 PRO WIFI models. The PRO series are generally considered mid-range in MSI motherboard lineup. That said, we are still waiting for confirmation on MPG and MEG series. 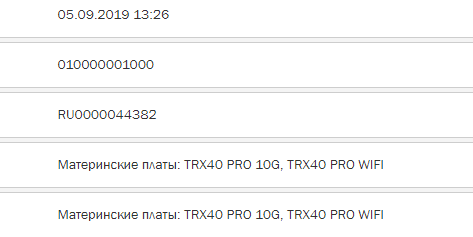 You can already find first Intel 400 series motherboard entries at SiSoftware website. For some reason, the ECS motherboards are usually the first to appear in any form of leaks, sometimes even months ahead of the official introduction. The Intel 400 series for ECS was no exception…

However, this leak should not really be a shocker to anyone, as ECS already officially confirmed such chipsets being planned for the first quarter of 2020. 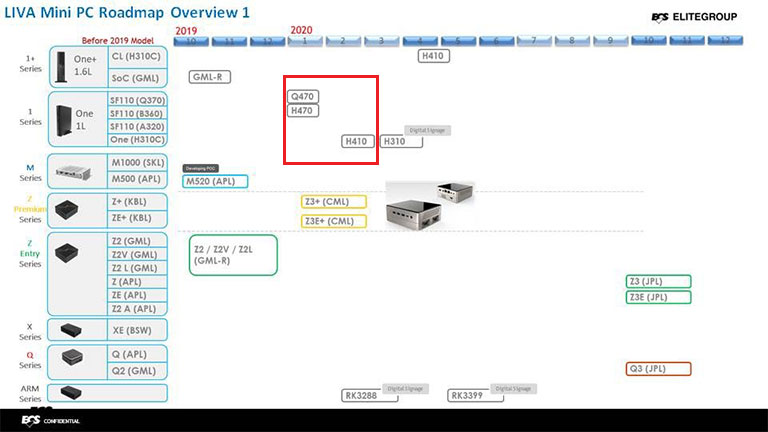 We have been trying to confirm this rumor, but so far there is no substantial proof that NVIDIA will launch not one, but two additional GeForce GTX 16 graphics cards.

The GTX 1660 SUPER is said to offer GDDR6 memory instead of GDDR5, but the core count for the SUPER variant and existing non-SUPER SKU would remain the same.

Our sources have told us that Navi-based NITRO cards will be unveiled on September 16th. This is the embargo date for reviews, which should also be tied to the product announcement, and hopefully… availability.

According to our moles at MSI HQ, the GAMING series based on Navi 10 will be released on September 11th. We are expecting FOUR variants, based on XT and non-XT SKUs. MSI will launch GAMING and GAMING X series for both cards.