According to ComputerBase, Intel might be working on a new HEDT CPU for the 10th Gen Core Copper Lake series. This time, however, the rumors are also backed by screenshots posted on Chiphell, a place where nothing really makes sense till it does.

ComputerBase sources claim that Intel might be evaluating the possibility of putting XCC-Die on a LGA2066 socket (Xtreme Core Count). To this day only the HCC (High Core Count) dies have made their way to the 2066 platform.

These rumors have been confirmed by motherboard manufacturers at CES 2020 floor, ComputerBase claims. This is actually a common practice for board partners to start such rumors, it does not mean that they are true.

The story at Chiphell goes a little bit further, as a CPU-Z screenshot associated with such a 22-core chip was also shared. The CPU-Z and Cinebench (which was also posted) are easy to fake, hence should not be taken very seriously. 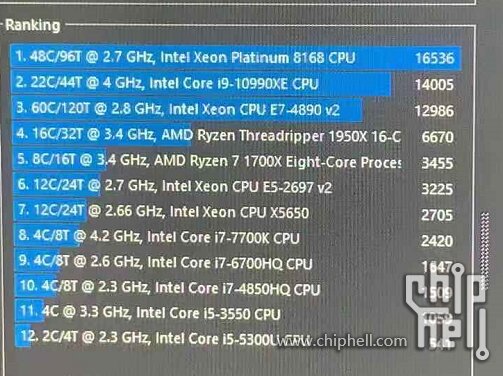 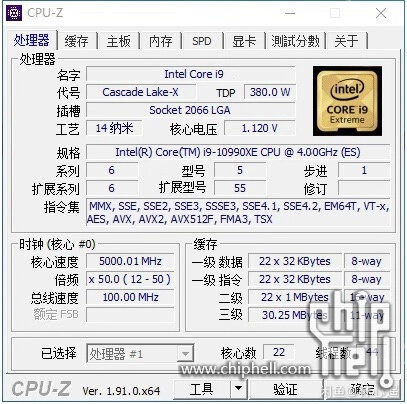