The first alleged specifications of the GeForce RTX 30 Series have been shared by MyDrivers.

Before we go any further I must say that the confidence in this rumor is relatively low. It probably wouldn’t have made its way to this site if not for the fact that it was not posted by a random forum member and also because someone else shared a very similar data 3 days ago.

On January 17, a Twitter user ‘KittyCorgi’ shares initial information about two GPUs: Ampere GA103 and GA104. The former GPU is supposedly associated with a higher-end GPU while the latter is likely for RTX 3070 series.

The rumor posted by MyDrivers does not refer to this twitter post, so it either new information from a new source or somebody simply did not give credit to KittyCorgi. Either way, we have some data to look at.

According to the rumor, GA103 GPU would supposedly feature 60 SMs (Streaming Multiprocessors “Ampere”) while GA104 would end up with 48. The weird naming convention (103) is something we do no fully understand, NVIDIA does not use uneven numbers for high-end GPUs.

If this data is to be believed then RTX 3080 could get GA103 GPU, while GA104 would end up in RTX 3070. This is the same approach as we had for the original Turing series where RTX 2080 received the TU104 processor and 2070 was based on smaller TU106 silicon. Of course, this has changed for the SUPER series where both SKUs feature TU104. The rumor also mentions a 320-bit bus for RTX 3080, which would allow 10/20GB memory configuration. This is also very uncommon for NVIDIA and probably just as hard to believe.

NVIDIA has never confirmed Ampere as their next-generation architecture for the GeForce series. It is only present in multiple publications and leaks from foundries. For now, all we know is that the next-architecture could also be called Hopper. We actually expect NVIDIA CEO Jensen Huang to present a new roadmap at GTC 2020, which starts on March 22nd.

The original source also shared die diagrams for GA103 and GA104, they look professional but they are not as detailed as Turing diagrams, hence we put a strong doubt on their credibility. See for yourself: 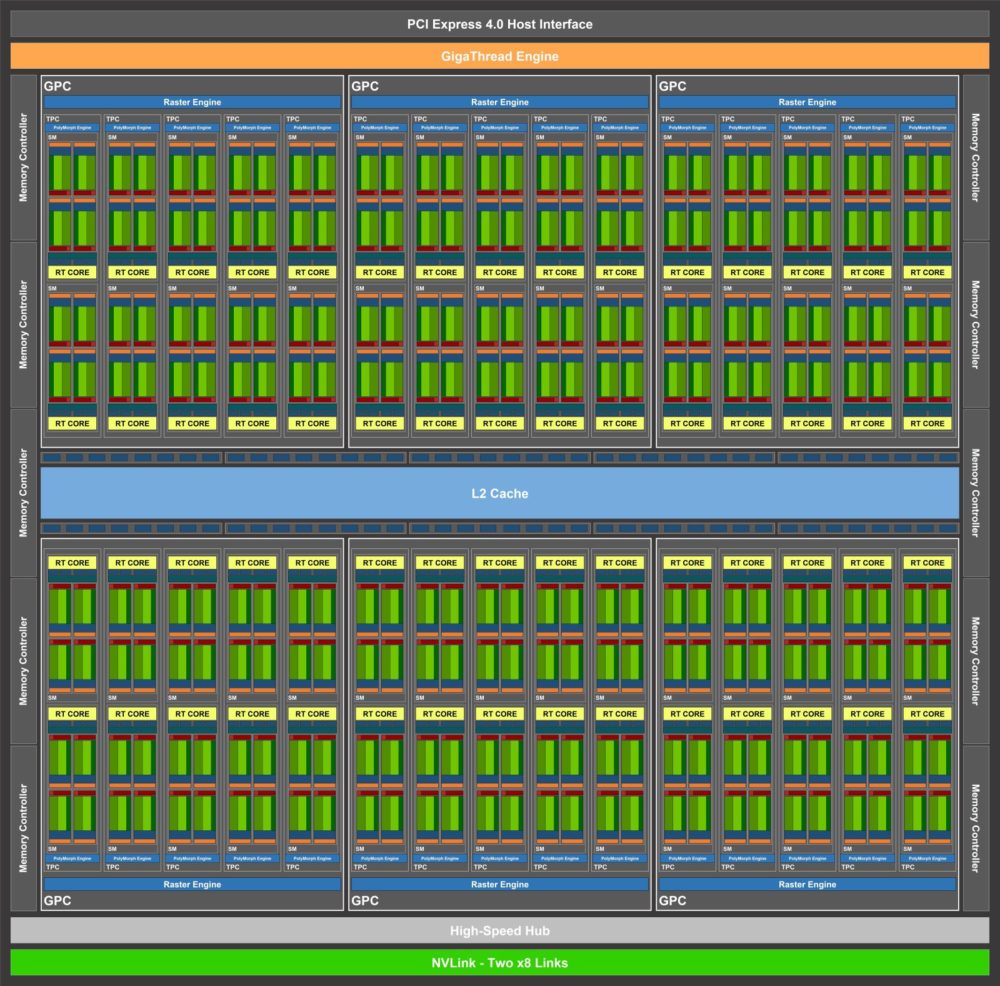 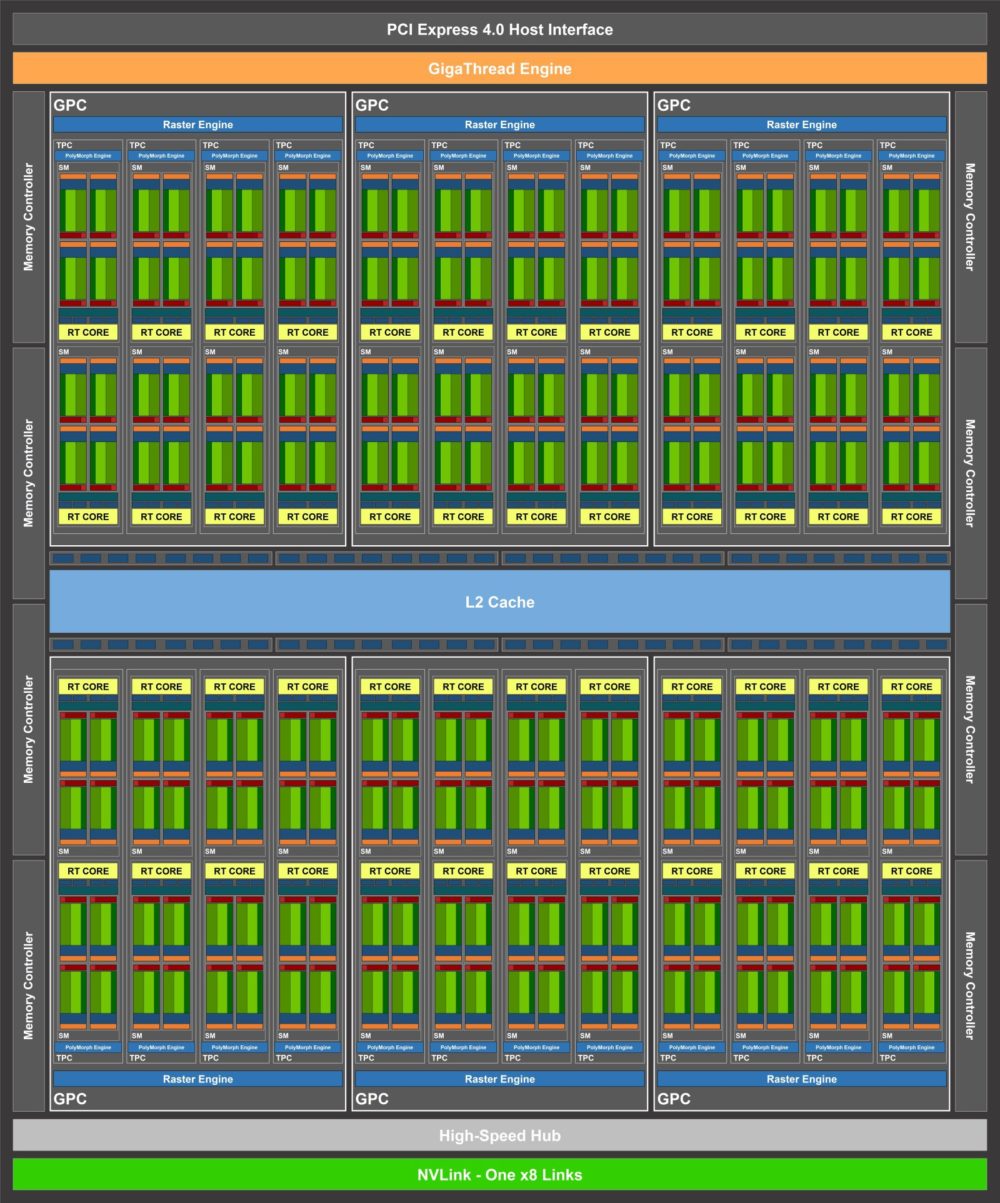