Rockstar Games finally confirm the next installment in the GTA series.

After 8 years, we might finally see a new chapter in the GTA series. Rockstar Games have confirmed in its newswire report that the ‘new entry in Grandt Theft Auto series is well underway.

Although the title of the game was not confirmed, judging from how each game in the series was called, it is safe to assume the next game is GTA6 or GTA VI. What the report does not mention is the launch date of this new game. Rockstar Games promise to share more as soon as they are ready. 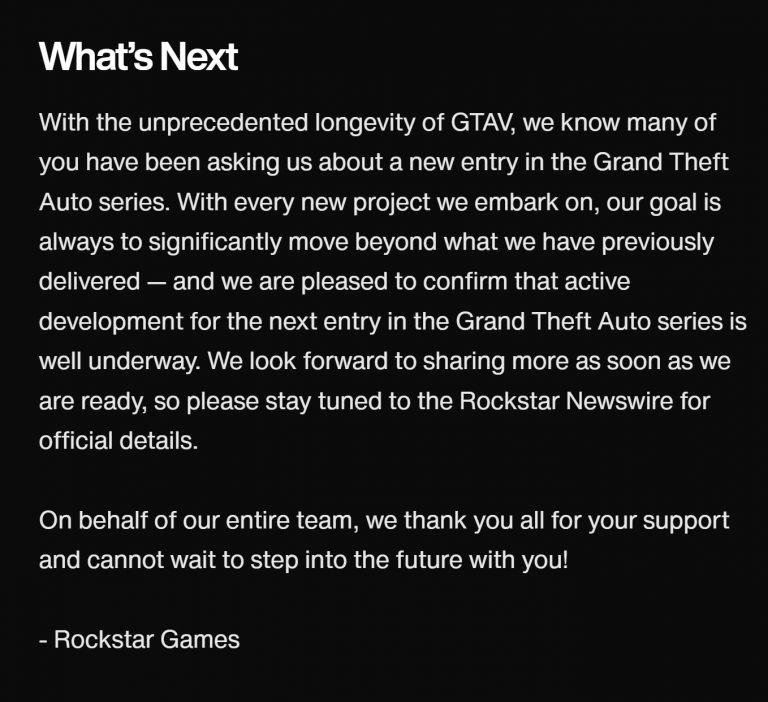 GTA was first introduced in 1997 with its one-of-a-kind idea for an open-world mission-based game. It wasn’t until 2001 before GTA III completely changed the industry by introducing 3D graphics to the series.

The latest installment was launched in 2013 but is still being developed with new content. GTA6 will likely embrace the popularity of the online multiplayer series, GTA Online. It should also benefit from next-generation graphics architecture by making use of raytracing and super-resolution tech.