Yesterday AMD officially confirmed Ryzen 7000 announcement on August 29th. This livestreamed event should provide the most important information on next-gen CPU series, such as SKU specs and pricing. However, actual launch (including sales and reviews) is not expected until another month.

One might say that there is no delay because AMD never confirmed the launch date of September 15th, however multiple sources, including reviewers, board makers and even AMD themselves during an internal meeting with partners have mentioned this date. One of the reviewers from Chiphell has just confirmed on their forums that they were informed about the NDA change and postponed launch.

Interestingly, according to this information AMD is still working on a BIOS which might have been the reason for the delay. 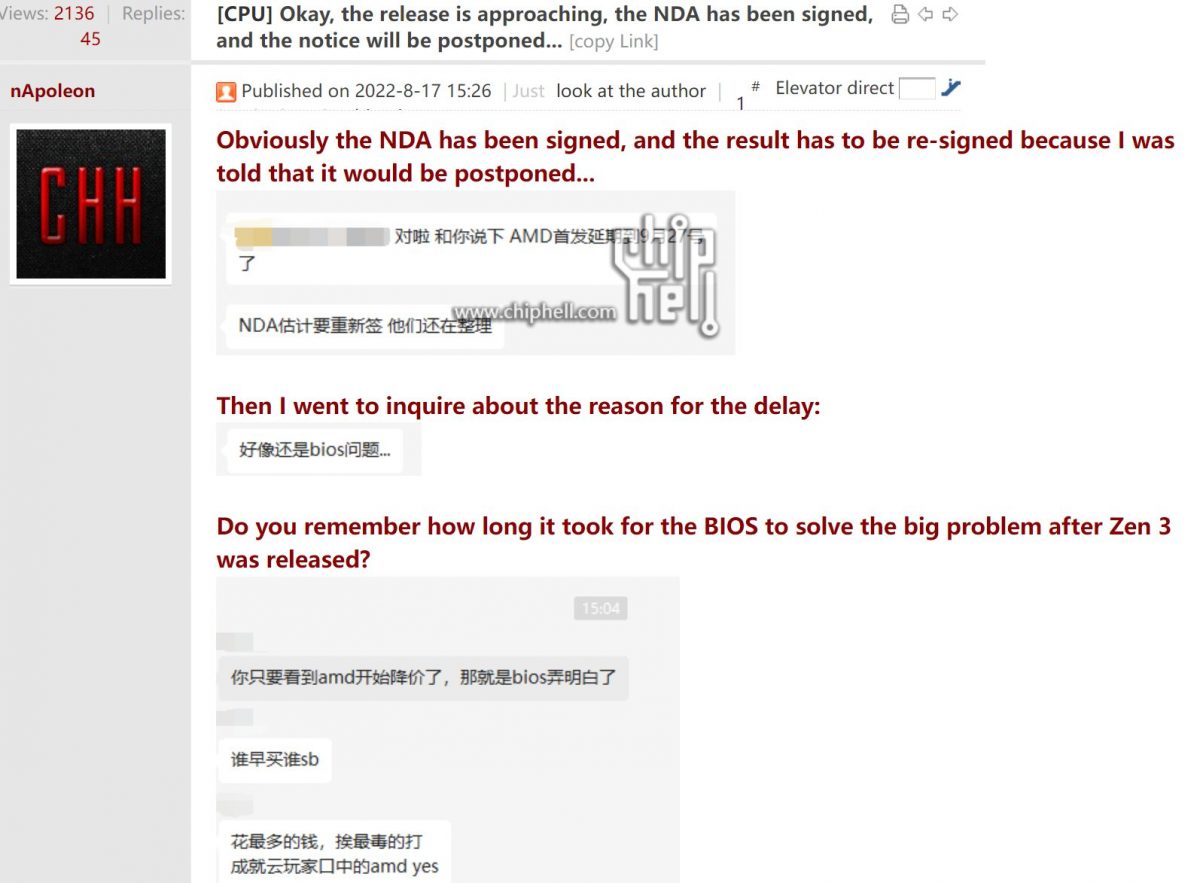 Given that the launch was delayed before AMD announced “Next Generation Ryzen” announcement, gives hope that those BIOS issues are not serious, and it is mainly due to optimizations. After all, socket AM5 will be the first consumer platform supporting DDR5 memory and PCIe Gen5 on storage and GPUs, so there is definitely a lot to test.