Retailers offering GeForce RTX 30 graphics cards have now significantly increased pricing on the upcoming model, which will be launched on February 25th. According to NVIDIA internal embargo guidelines, the manufacturer expects the initial batch of new SKUs to be sold at MSRP. This usually means that retailers who take preorders are expected to fulfill them in a matter of days, sometimes weeks, but ensuring that the price that was listed at launch has not changed.

Unfortunately, we have regularly seen retailers canceling preorders, only to force customers to reorder the same card at a significantly higher price. So far NVIDIA has done absolutely nothing to prevent this from happening, but technically there is not much it can do, except severely limit the supply to said store or distributor in the future.

Meanwhile, European retailer ProShop, which operates in a number of European countries, is already listing the cards at increased prices, before anyone even had a chance to order one at MSRP. Proshop now offers GeForce RTX 3060 at 499 EUR or 2799 PLN minimum. Official MSRP in Europe is 329 EUR or 1599 PLN. That’s a 52% and 75% increase over NVIDIA MSRP. 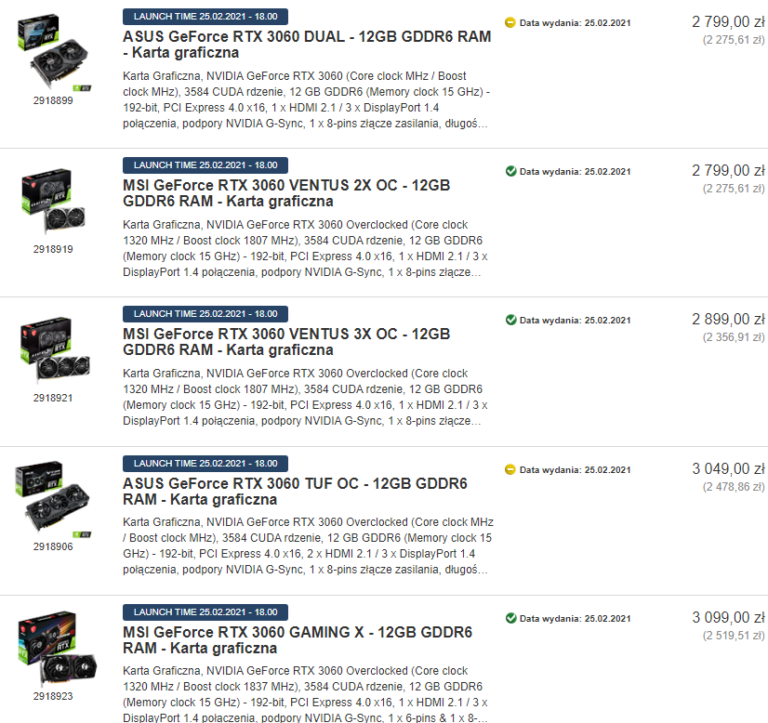 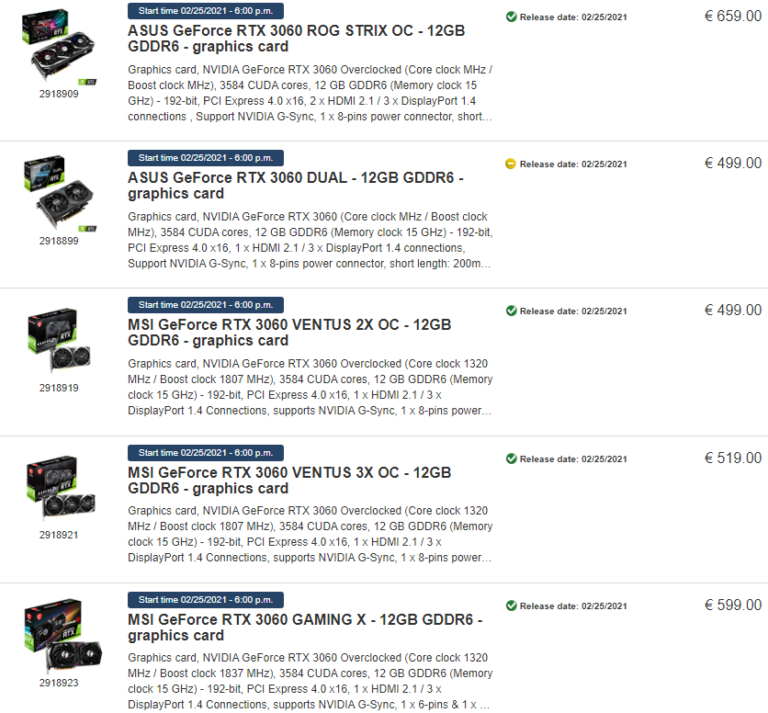 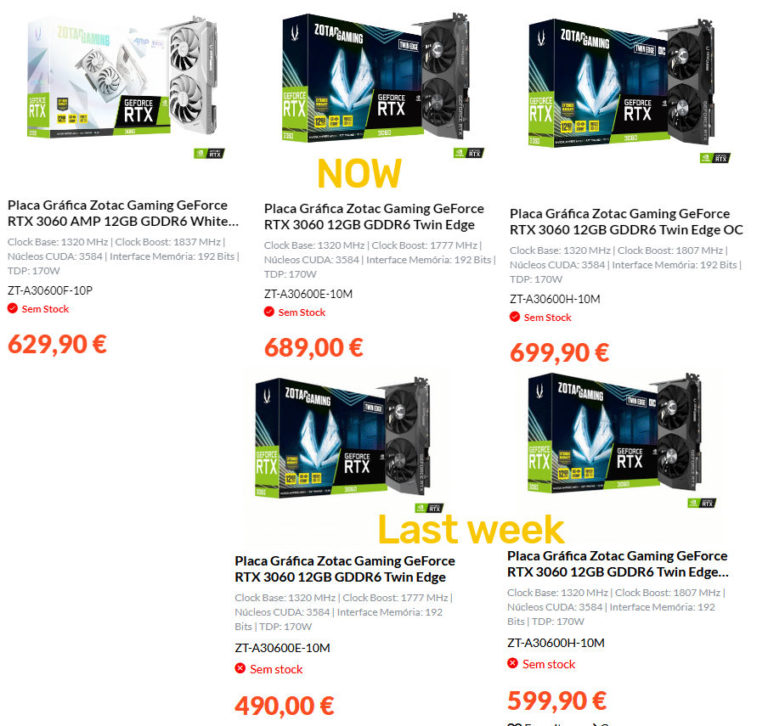 Many thanks to The Determinator for the tip!