Today our friends over at LaptopMedia posted the first independent benchmark result of Comet Lake-H series.

Both 10300H and 9300H CPUs, which are 4-core and 8-thread processors, are rated at 45W TDP. They represent the mid-tier in the Core-H lineup as part of the Core i5 series. LaptopMedia discovered that both CPUs also feature the exact same integrated graphics processors (iGPU) – Intel UHD 630. There is no information on GPU frequency though. 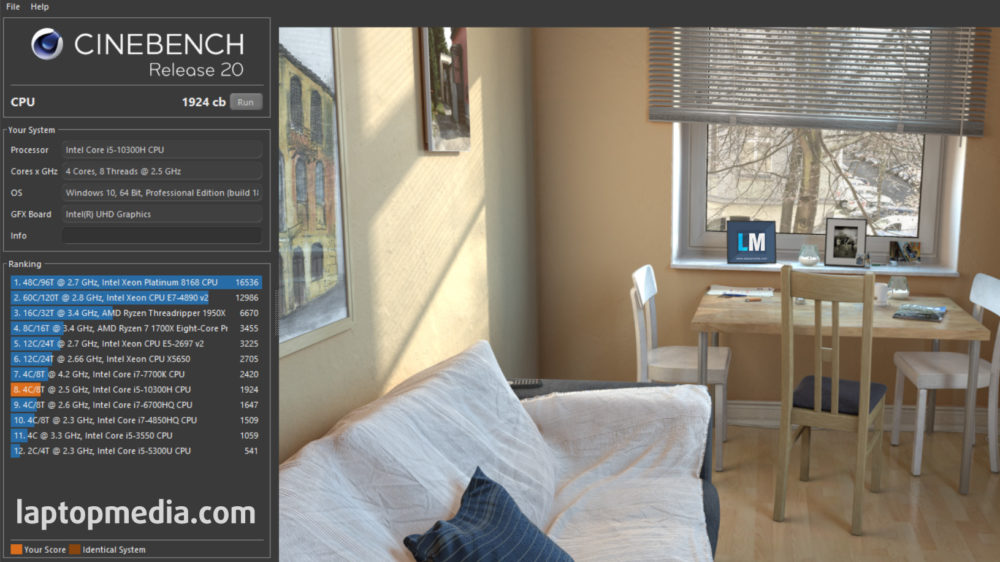 We have gathered a list of all known Comet Lake-H CPUs. The information in this table does not represent Intel’s confirmed specs, but rather the highest reported frequencies for these CPUs.