Xe-HP only for Intel’s own cloud

One of the most recognizable Xe products has been put on a shelf?

Intel will not commercialize Xe-HP GPUs known as the Arctic Sound family. The series, which consists of three variants featuring 1, 2, and 4 tiles, has been officially unveiled at Architecture Day in August 2020. Just over a year later Intel is now confirming those products are not going anywhere else than Intel’s own cloud servers.

Intel will now be focusing on its Xe-HPG (gaming) and Xe-HPC (high-performance computing) series, which are on the general market production path, Raja Koduri (SVP, Chief Architect, and GM for Intel Architecture, Graphics, and Software) says in a tweet.

We deployed Xe HP in our oneAPI devcloud and leveraged it as a SW development vehicle for oneAPI and Aurora. We currently don’t intend to productize Xe HP commercially, it evolved into HPG and HPC that are on general market production path

The Xe-HP was first announced as a cloud, media transcode and analytics, and workstation GPGPU. These ‘Media Optimized’ series were also to be used in Machine Learning, Intel’s most recent slides have shown. Back then, the Xe-HPG microarchitecture had no products listed, however this is not about to change as no products are now planned. 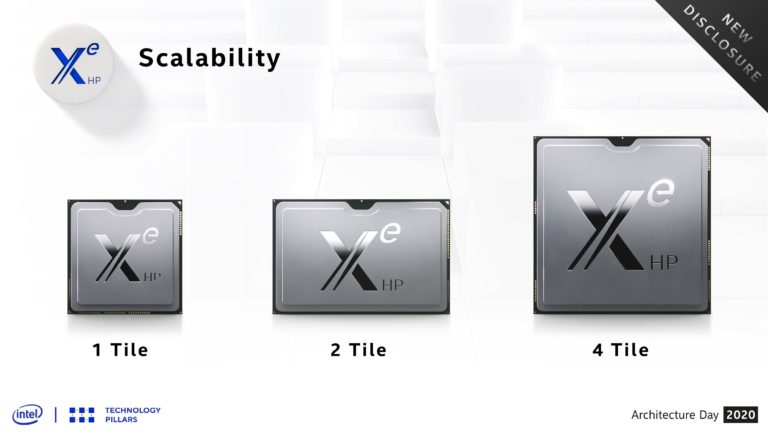 With Xe-HP not entering a commercial market, Alchemist Arc gaming GPUs, as well as the HPC Ponte Vecchio accelerator, are to become the primary focus of the Graphics division at Intel.