It has been a while since the last time we covered an aftermarket air cooler for graphics cards.

Morpheus 8069 is the upcoming VGA cooler from Raijintek compatible with AMD and NVIDIA GPUs. Multiple product renders have been leaked ahead of official November 1st launch. We also have some specs.

The VGA cooler is a massive heatsink with twelve 6 mm heatpipes. The coldplate is meant to sit on top of the GPU and memory, but it will not cover the VRMs. For this, Raijntek is adding nine copper heatsinks of different sizes that should match most high-end Radeon RX 6000 and NVIDIA GeForce RTX 30 GPUs.

The cooler is meant to be air cooled by at least two 120mm fans. The company is providing thermal resistance for two of their fan series. The fans and the backplate (either for AMD or NVIDIA GPUs) are likely to be sold separately. 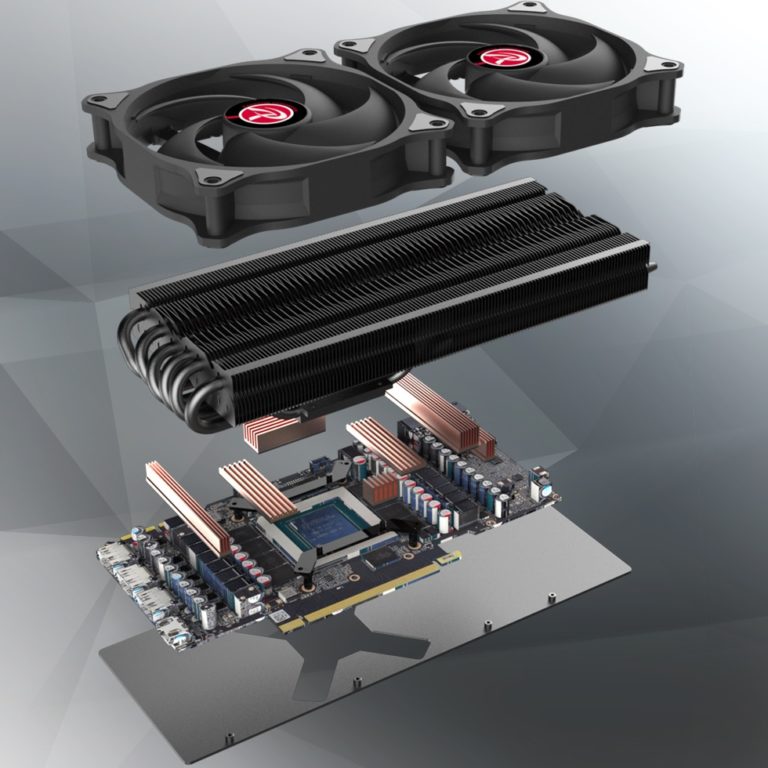 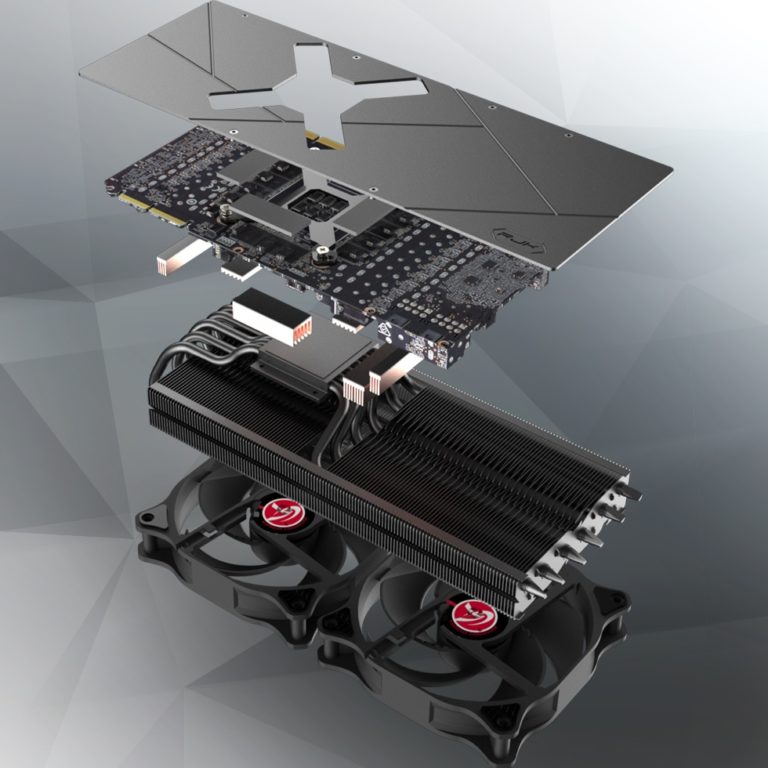 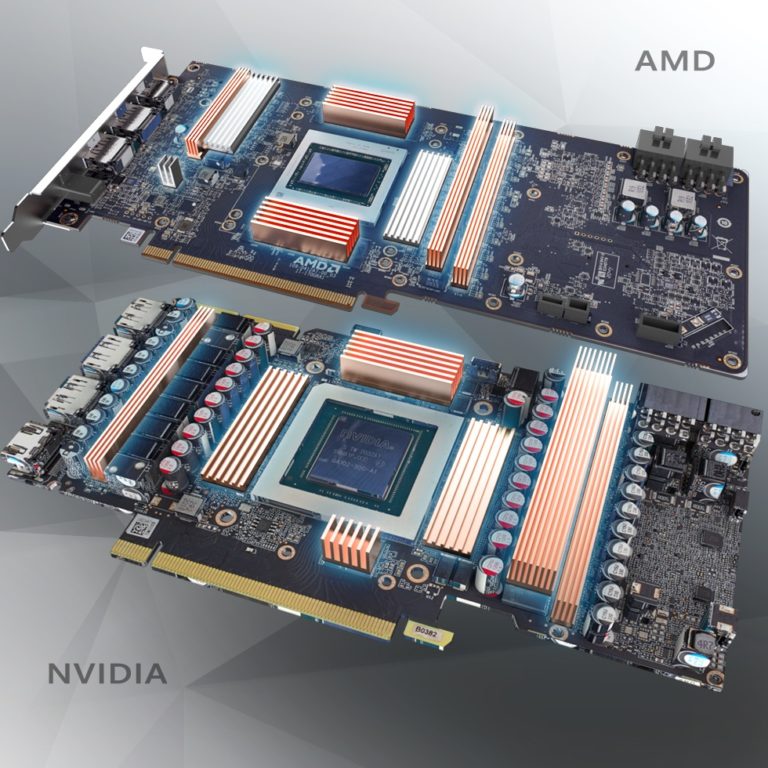 According to Raijntek, this cooler has a cooling capacity up to 360W, which is within the specs of all Radeon RX 6900 and GeForce RTX 3080/3090 GPUs. This is the cooling capacity for the heatsink itself, with the fans attached it will be much higher. Hence the company also confirms compatibility with RTX 4090 GPUs (TDP at 450W). 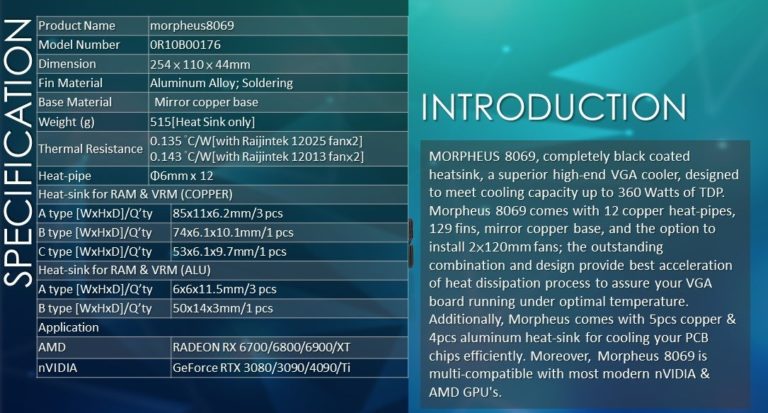 Aftermarket coolers may be a good compromise for those seeking lower temperatures or noise levels from their GPUs. They may also be a good choice for broken coolers that are expensive or complicated to fix. 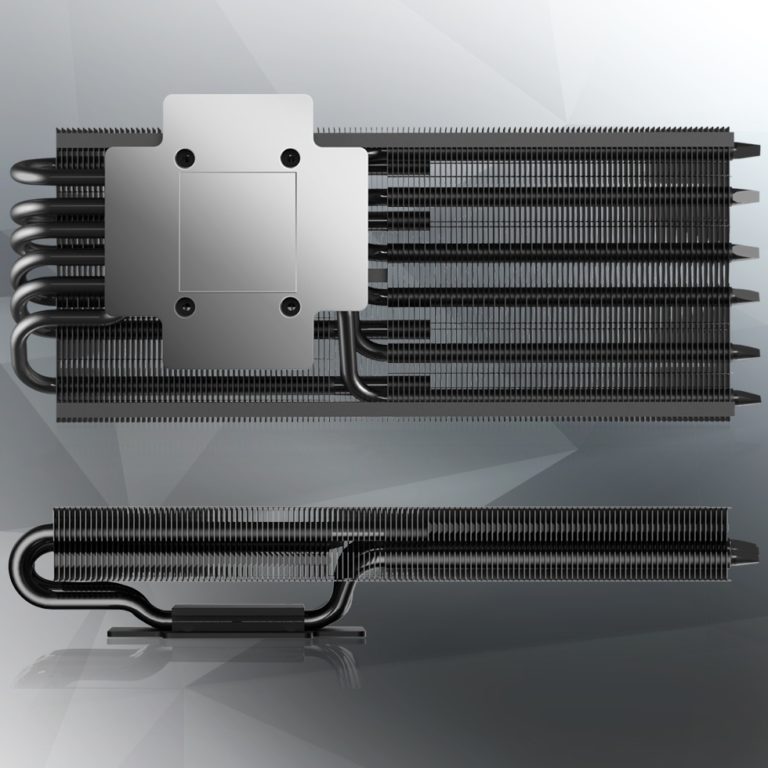 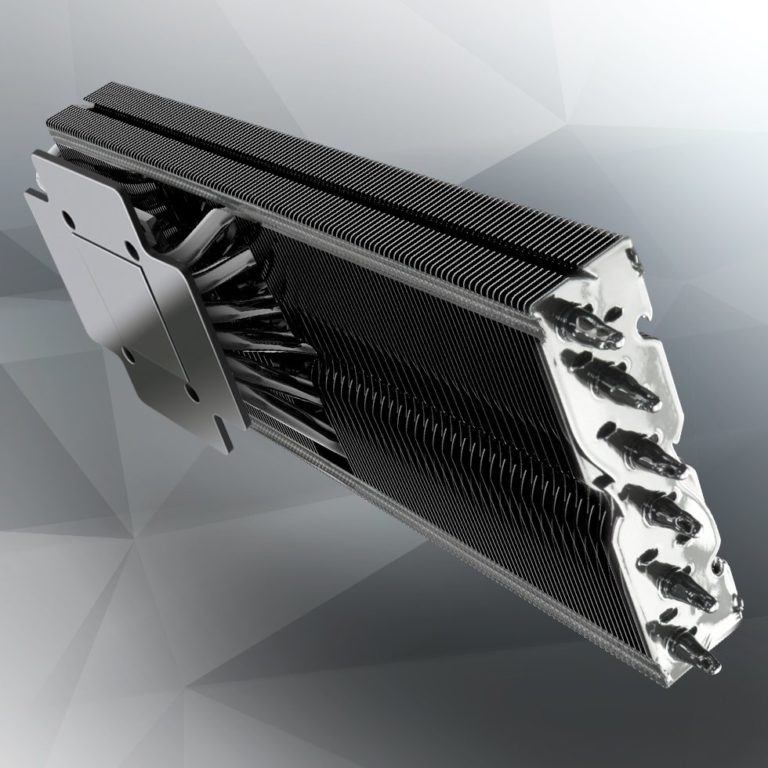 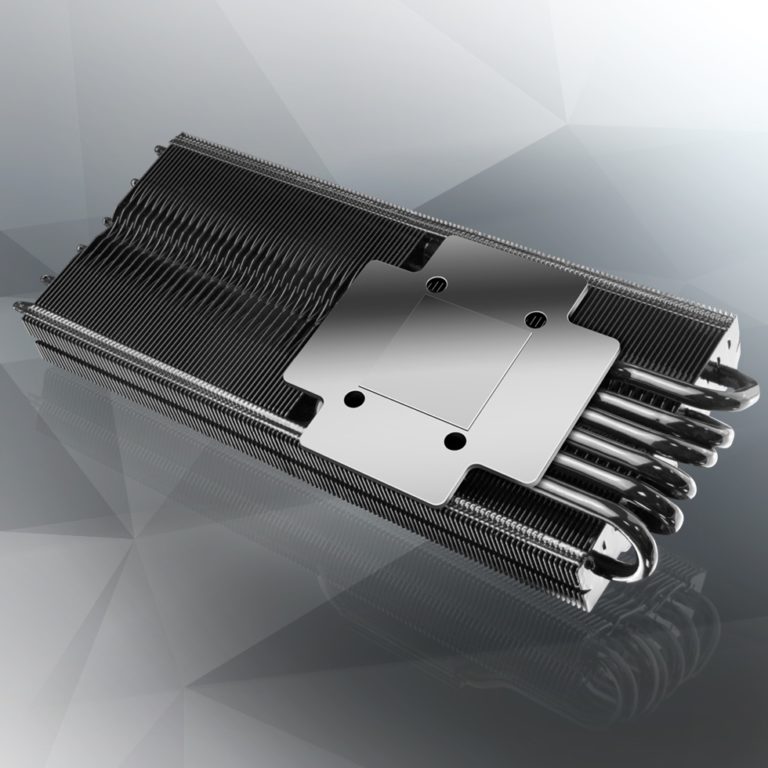 The company is set to launch its new product on November 1st. There is no pricing or availability date known yet. We should see similar announcements from other companies after RTX 4080/Radeon RX 7000 series launch. However, most cooling companies have now shifted their business towards water blocks and All-In-One kits for GPUs, while aftermarket air coolers have become a niche market.