At Qualcomm Night in China, the company introduced its updated SoC for flagship mobile devices. Although Gen1 has only started shipping with new devices a few months ago, the company behind the Snapdragon series is ready to announce its successor, or more precisely a refresh. The 8+ Gen1 should be considered a mid-series update. 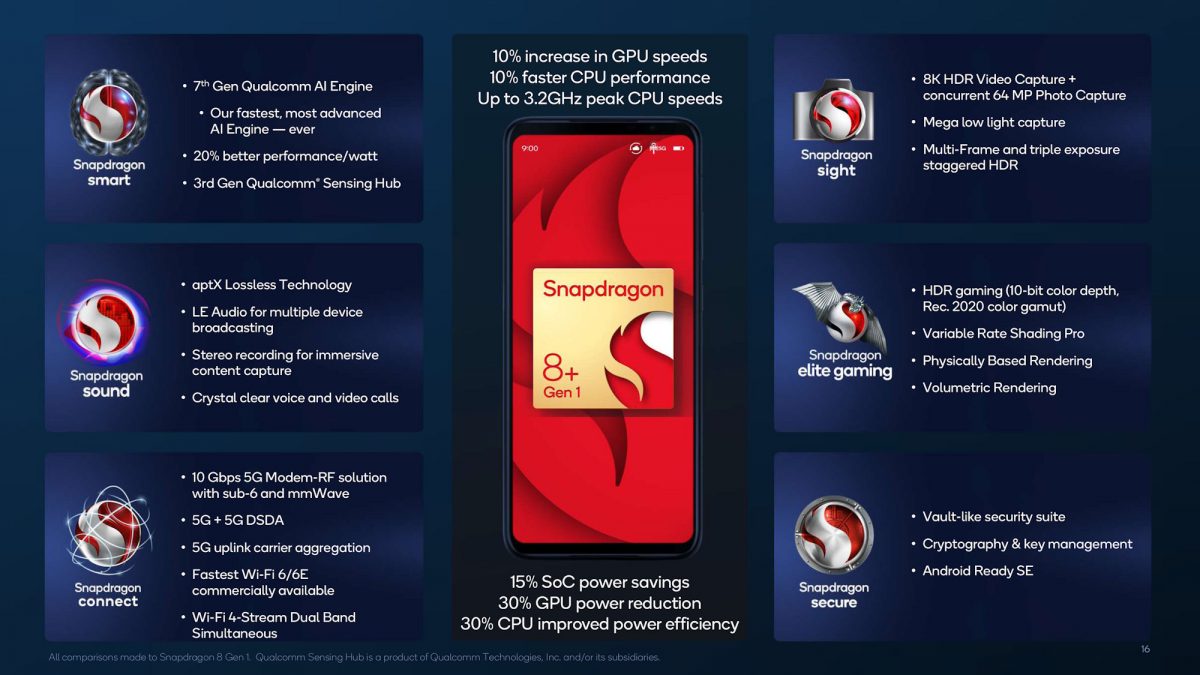 Snapdragon 8 Plus Gen 1 is based on TSMC N4 process technology. The choice of a Taiwanese foundry gave Qualcomm a chance to increase the clock speeds compared to Gen1 SoC, which is manufactured by Samsung. We are looking at noticeable frequency increase over Gen1.

According to the official specs, there are no changes to other IP blocks of the processor, the 8+ Gen1 is just a performance and power optimized SKU using new node. This unlocked up to 15% power saving on the whole chip. Furthermore, the company claims their GPU now consumes 30% less power and CPU has gained 30% in power efficiency. 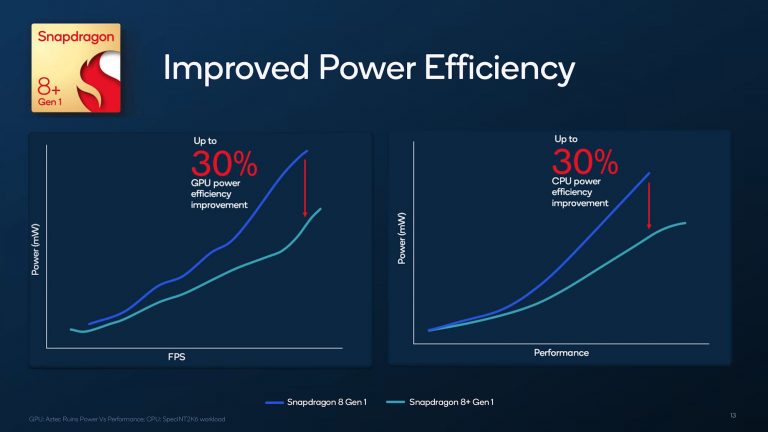 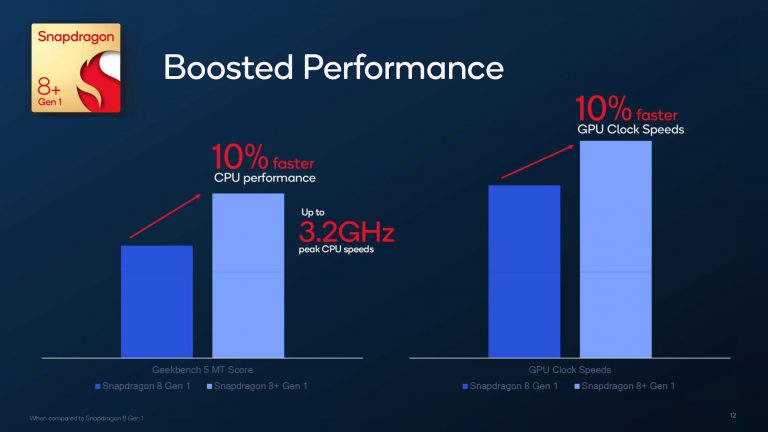 First devices with Snapdragon 8+ Gen1 are to ship in the third quarter this year. Qualcomm confirmed that there will be several new phones from Asus, Motorola, OnePlus, Honor, and Xiaomi featuring this new processor.