A quad-RTX 3090 configuration has been tested by Puget Systems.

The company specializing in manufacturing custom pre-built systems has published an interesting review of NVIDIA’s flagship GeForce RTX 3090 graphics card. It is worth noting that the company is also known for its content-creation focused benchmark (PugetBench), so hardware testing is obviously not an issue here.

NVIDIA RTX 3090 does not support multi-GPU configurations that go beyond two cards, but this rule only applies to the software that requires SLI technology. Benchmarks such as Octane, V-Ray, or RedShift do not rely on SLI, they simply use whatever GPU resources are available in the system.

The test features four Gigabyte GeForce RTX 3090 TURBO graphics cards. These cards are, in fact, the ONLY available blower-type design graphics cards. That said, this review is interesting for various reasons: barely anyone has access too so many Ampere cards (same SKU, same model, etc), barely anyone has resources to test so many high-end and power-hungry graphics cards, and not to mention – the SLI is locked to dual-GPU configuration so chances of someone buying four cards is very low.

Puget System review machine features Xeon W2255 CPU with ASUS WS C422 SAGE motherboard. This system is also equipped with 128GB of DDR4-3200 memory and dual EVGA 1600W power supplies. Those specs speak for themselves, this is a workstation build. 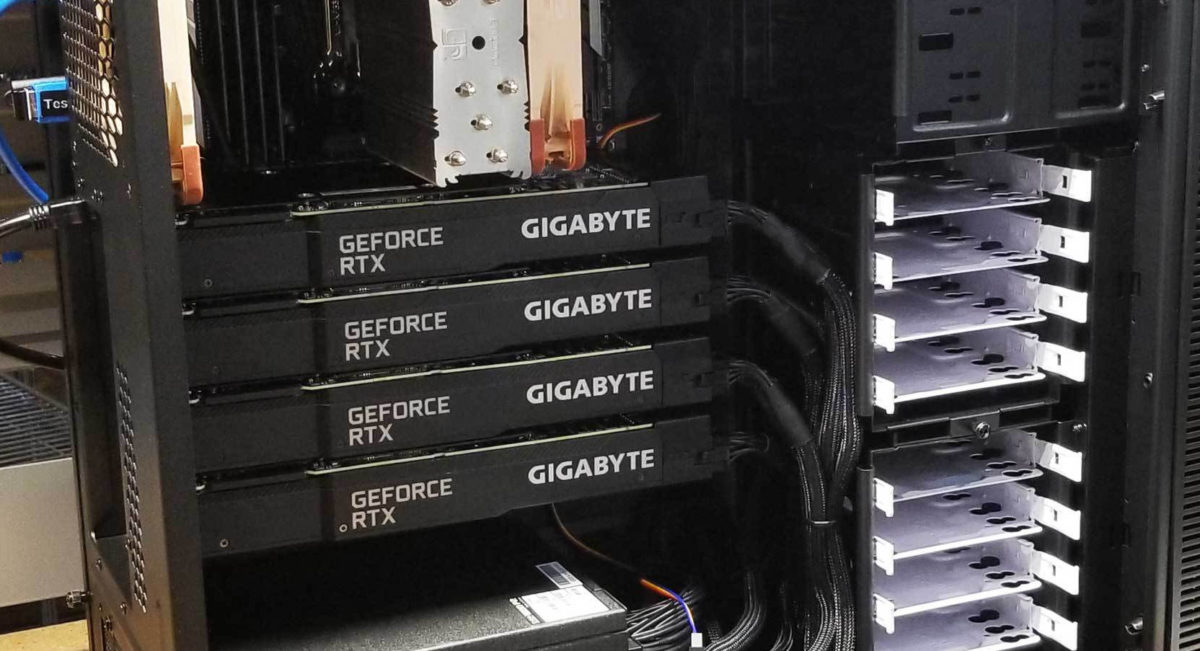 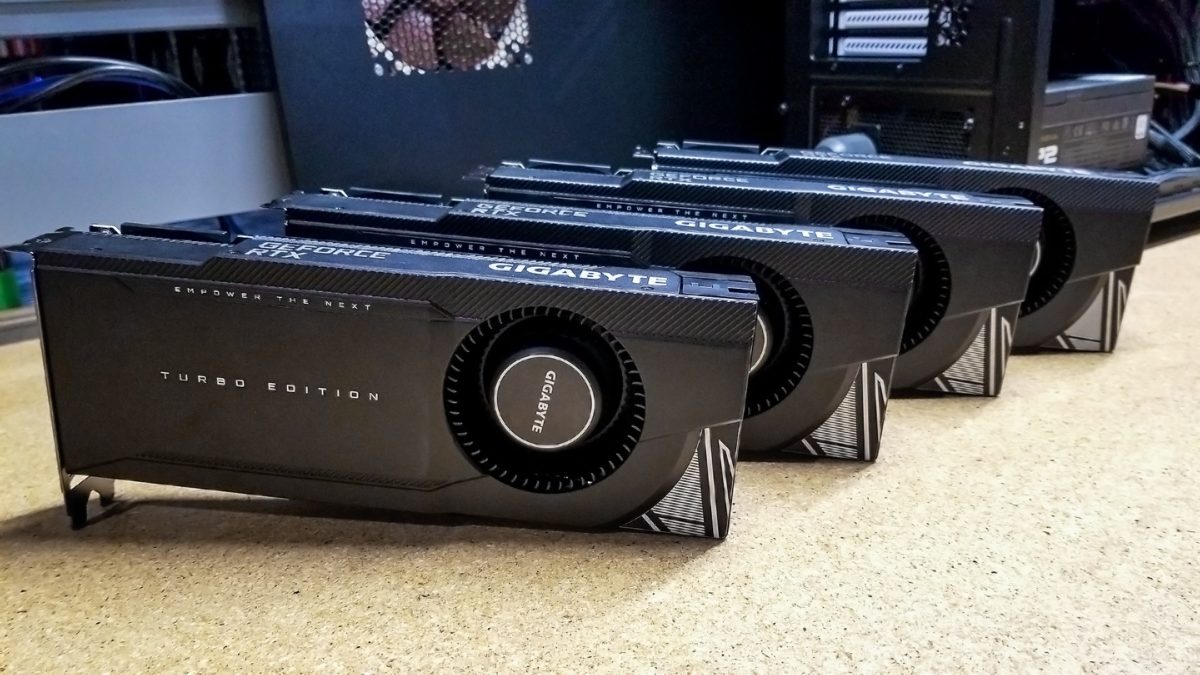 The test focuses on rendering software such as OTOY OctaneBench, V-Ray Next, RedShift, and DaVinci Resolve running through in-house PugetBench software. In OctaneBench and V-Ray Next the quad-RTX 3090 configuration provides near-linear scaling, with RedShift and DaVinci showing lower performance especially with three or more GPUs: 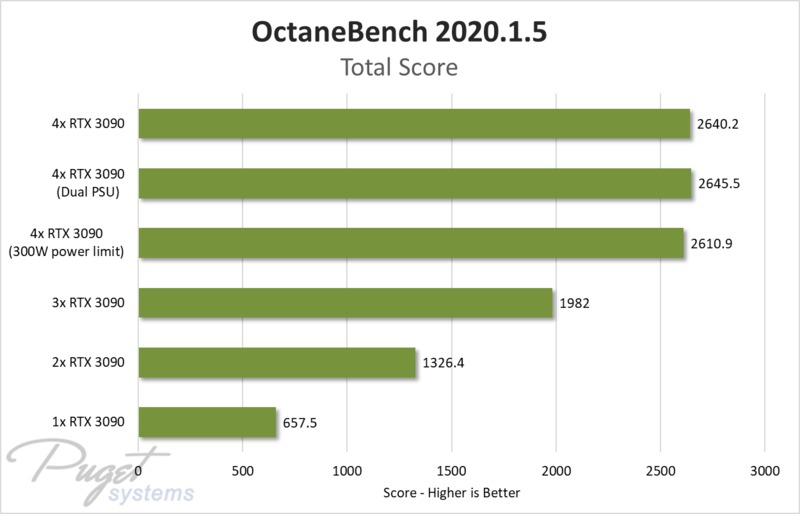 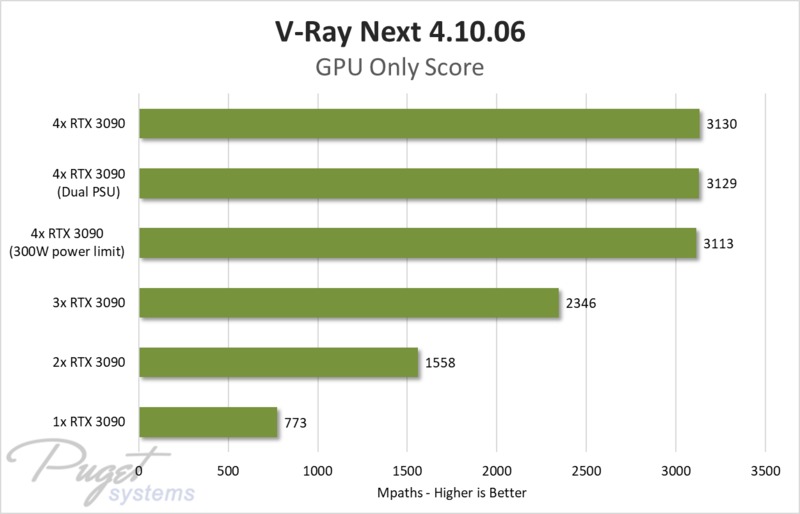 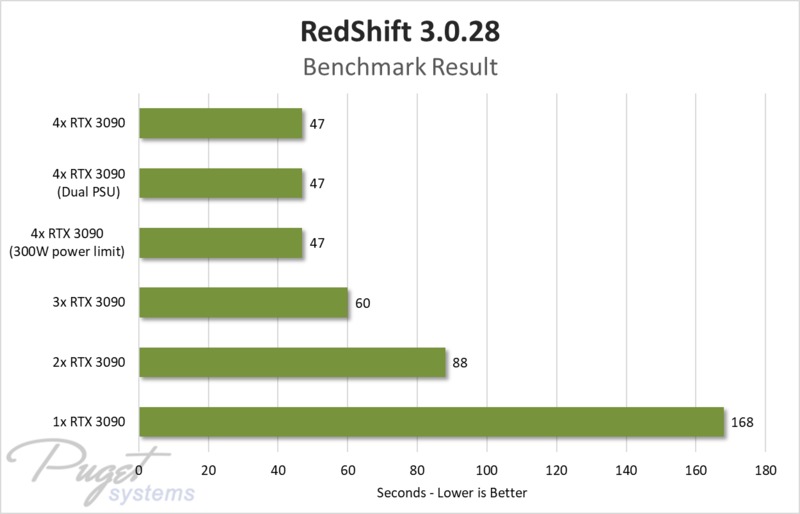 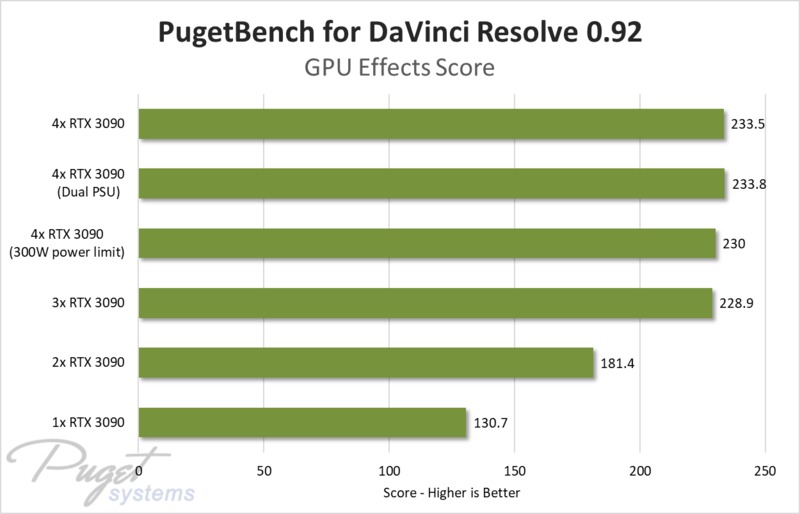 A workstation featuring a 10-core Xeon CPU and four RTX 3090 graphics cards pull more than 1,7 KW from the power outlet. The efficiency increases when two power supplies are used. 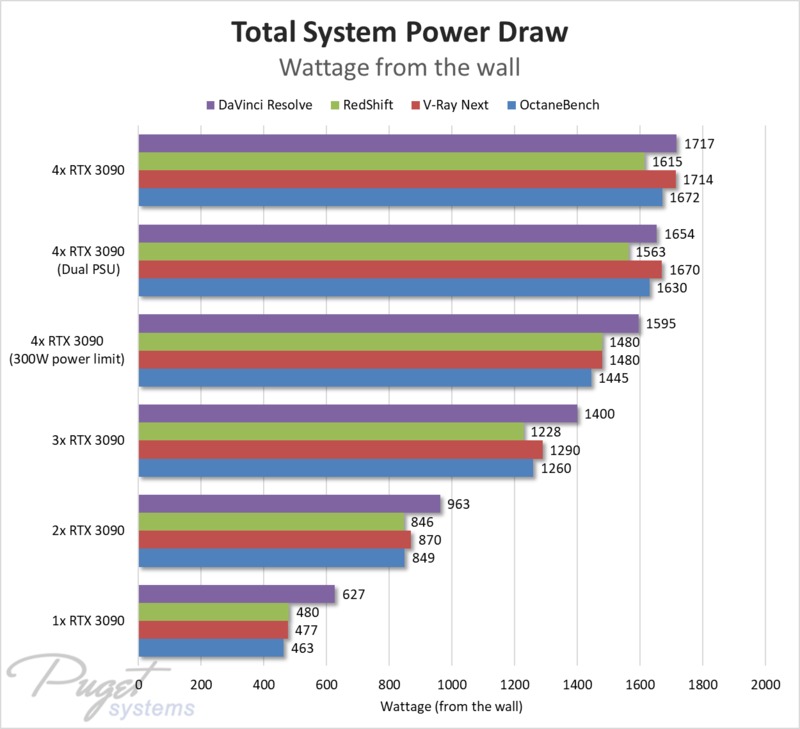 The system is extremely loud, which isn’t too surprising considering how much power needs to be removed from the chassis: